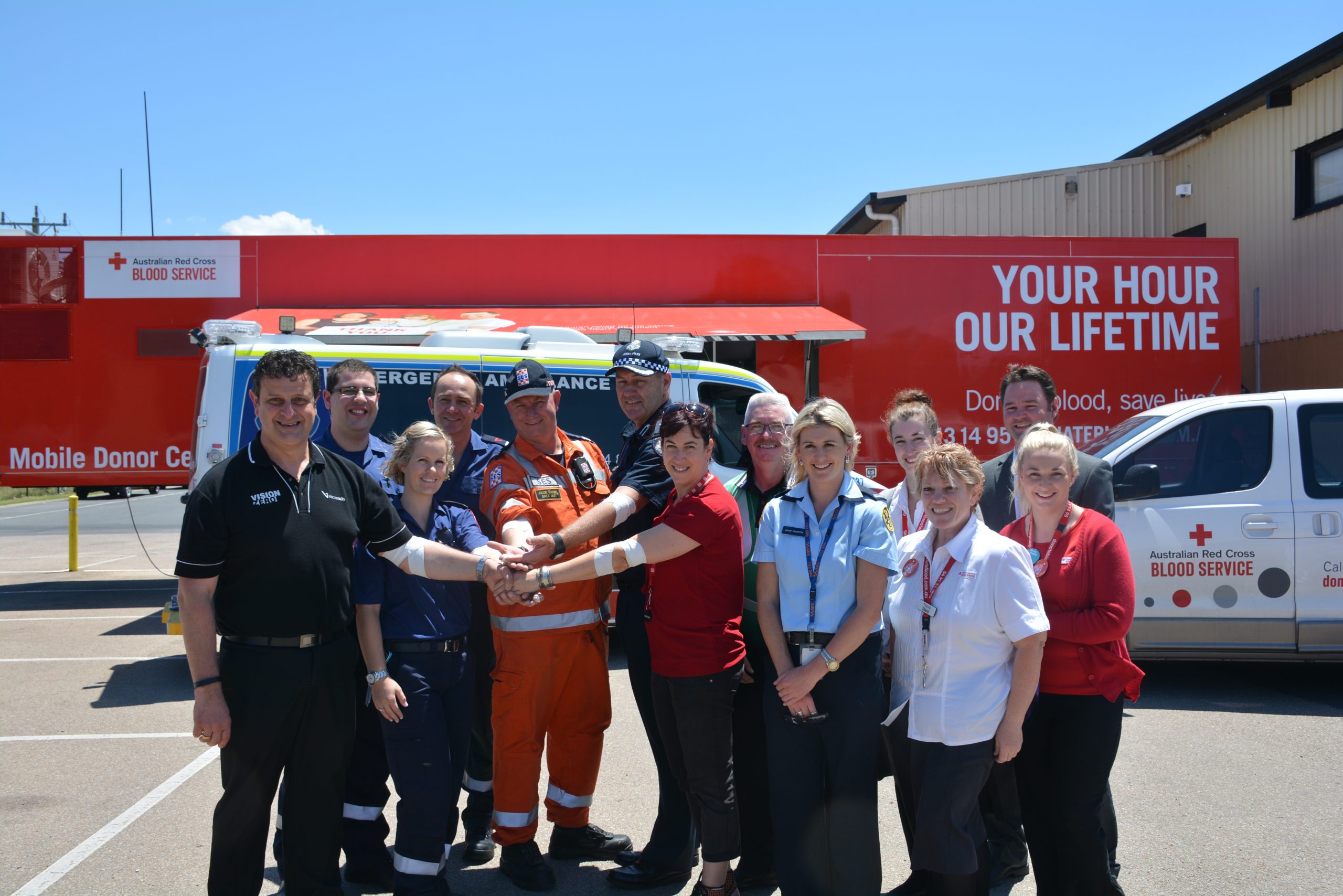 Vicroads, CFA, Victoria Police, SES, Ambulance Victoria and Roadsafe Gippsland all donated their share to draw attention to the fact that people will still need blood over the Christmas break.

The focus was on road trauma, as the day was organised by Vicroads’ planning manager Pas Monacella, who said in an emergency, crash victims could require the equivalent of 30 donations immediately.

“There were 171 people hospitalised across regional Victoria last year over the Christmas/New Year’s period, which is a lot,” he said.

“We only need an additional 50 people to donate, it’s such a simple act.

“We’re proud to be rolling up our sleeves.”

“This is the peak period on the roads,” said former highway patrol officer Andy Milbourne, who now chairs Roadsafe Gippsland.

“It only takes an hour to donate, and it goes to people who really need it, especially a time when a lot of regular donors are on holiday,” he said.

“It really is life-changing, it’s a little clich , but it’s true,” he said.

One part of blood that is especially important are the platelets, which are small particles that are used for repairing tissue.

They are what form scabs on wounds, among other useful functions, and patients undergoing chemotherapy can be sorely lacking them.

According to Doug Allen from the Red Cross, platelets only last about five days outside of the body, so stocks need to be constantly replenished, unlike red blood cells which can be stored for up to 42 days.

One regular donor is Jack Daniel from the SES, who according to teammate Louise Haughton, can’t stand needles.

“Blood’s just so important,” he said.

“I don’t mind assisting around this time of year, it’s for such a good cause.”

The Mobile Donation Centre will be in Sale until Thursday, before it moves on to Warragul and Bairnsdale, and donation times are still available.

The Red Cross is desperate for donations between December 26 and January 3, when stocks can run dangerously low.