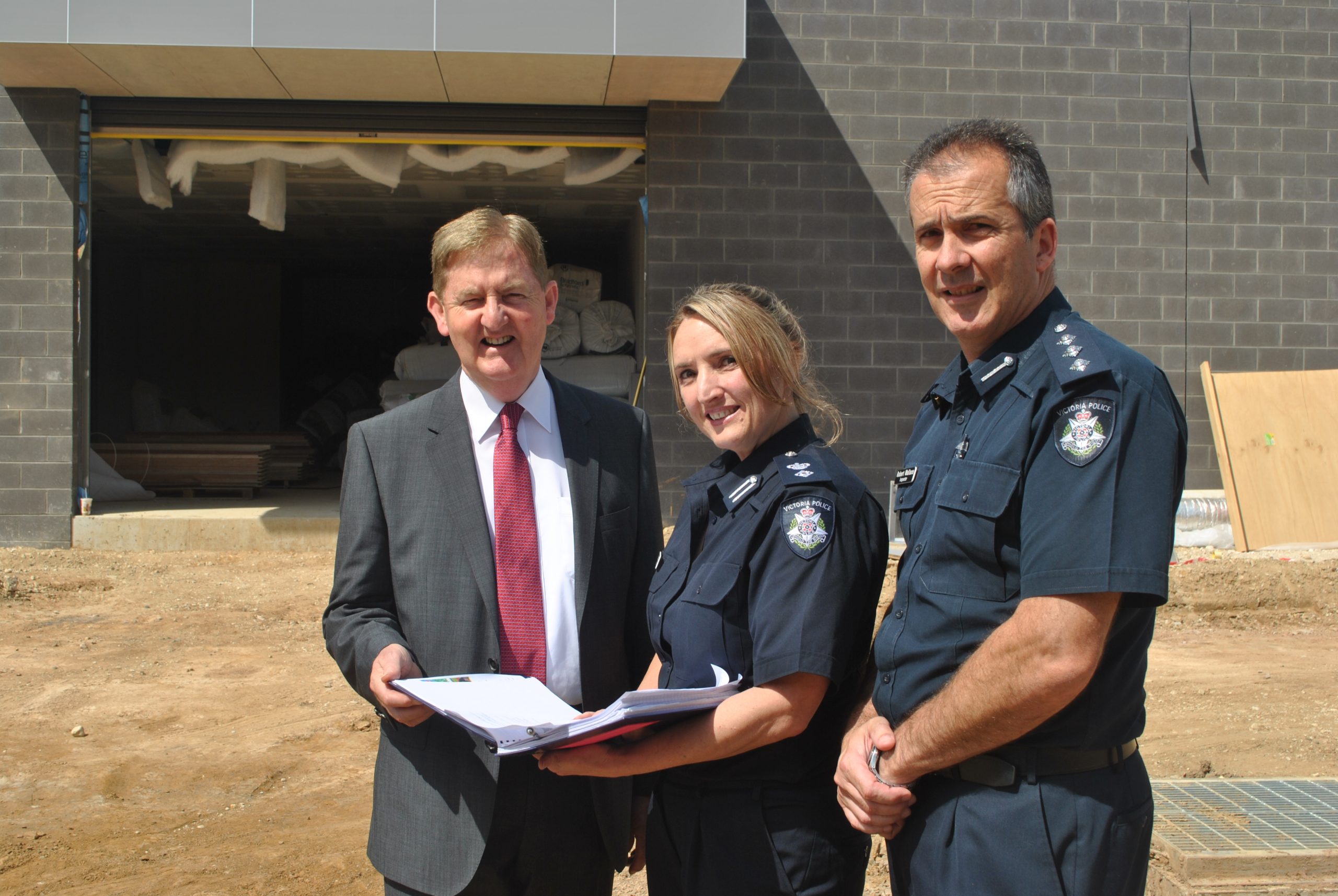 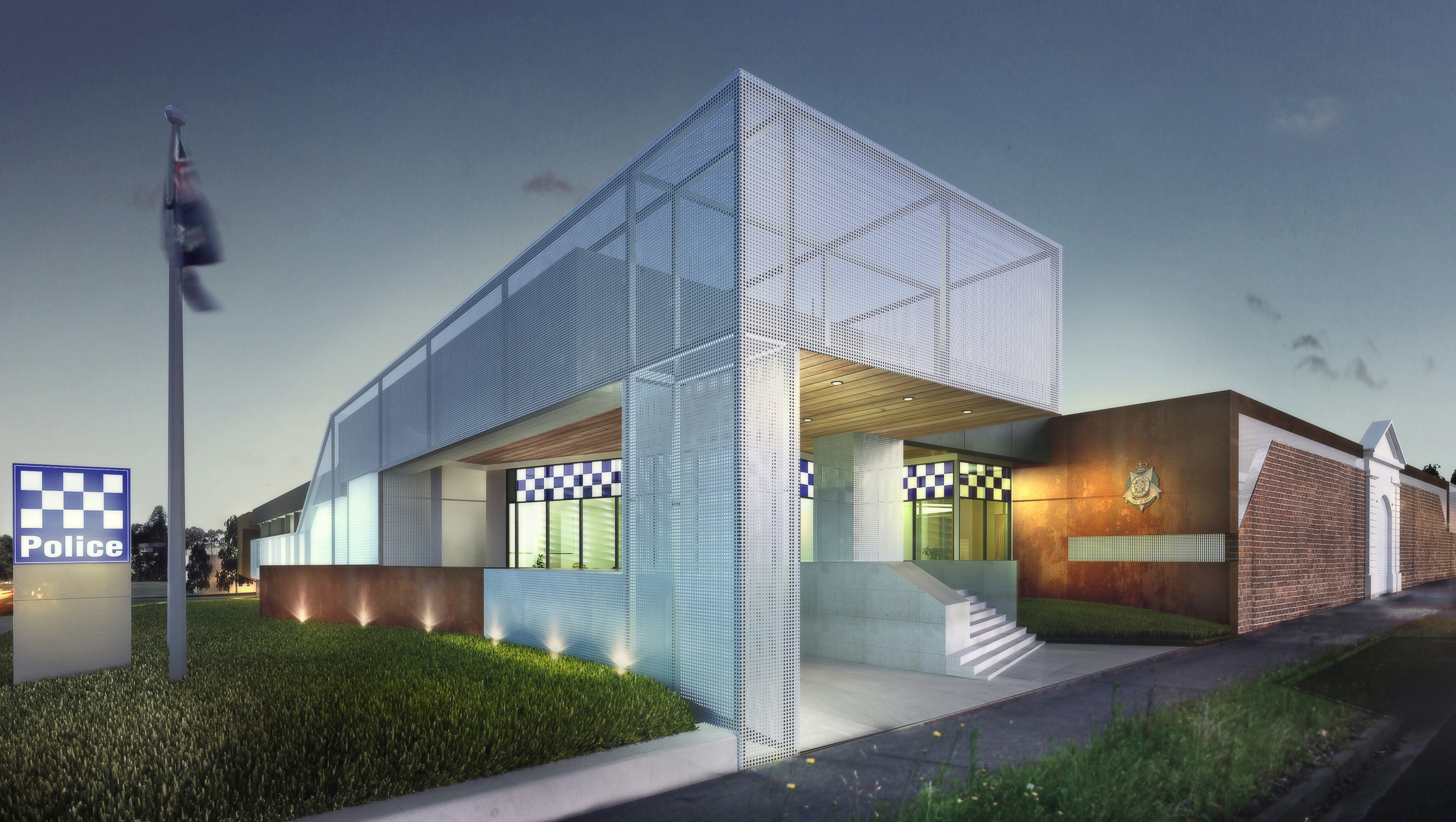 The old prison site is being transformed, with sections of the original prison walls incorporated into the stunning modern design.

“Development at the site has moved ahead over the past months, with significant progress having now been achieved,” Mr Ryan said.

“The result is a very impressive building, with its architectural superiority to be surpassed only by its functionality.”

Acting Superintendent Tracie McDonald was particularly impressed, commenting the building would enable the local specialist units to operate more efficiently than in the cramped existing station which was built in 1976.

“It’s very exciting; we are looking forward to moving in and having the space for specialist units, crime investigation, highway patrol, sexual assault and especially our family violence unit.

“The space will better enable our officers to interact effectively with the community.”

She alluded to the need for police to take a pro-active role in preventing crime by being more closely involved with those at risk.

“Policing has changed since (the old station was built), specialist units need to operate together and we have outgrown our existing station,” she said.

The new building will include interview rooms, holding cells and conference and training facilities that will be used as an incident control centre during emergency situations.

The 63 police personnel stationed at the new Sale complex will have access to mess rooms, change rooms and a gym.