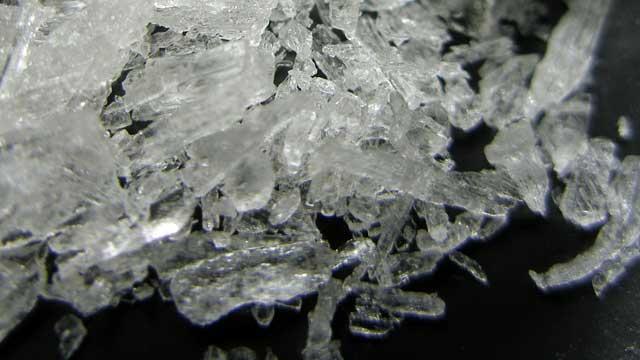 THREE men remain in intensive care, while another man is in a stable condition at Central Gippsland Health Service, Sale, after taking crystal methamphetamine, which was possibly laced with weed killer.

Two men who had smoked or ingested the drug, commonly known as ice, presented to Monash Medical Centre on November 19.

The men, aged 26 and 24 from Melbourne’s south-eastern suburbs, are now in intensive care.

Two other men, both aged 21, presented to Bairnsdale Regional Health Service last week, with one man in intensive care at The Alfred while the other is in a stable condition at Central Gippsland Health Service.

Police confirmed a batch of crystal methamphetamine, known as ice, triggered a severe respiratory reaction that caused the men to be hospitalised.

It has been reported the batch was mixed with weed killer, with friends of the men also suffering similar, but less severe, symptoms.

All four men who have been hospitalised are known to each other and detectives say a number of their associates also experienced similar symptoms such as a cough, shortness of breath, chest pains and fever.

Detectives are asking these associates and others with information to come forward to help uncover links between the cases.

A sample of the batch has been provided anonymously and police are testing the substance.

A Victoria Police spokeswoman said the incident  highlighted the dangers of illicit substances.

“It is a timely reminder for anyone who believes there is a ‘good batch’ or ‘bad batch’ of any drug to think again and remember that you gamble with your life every time you choose to use an illegal substance,” she said.

“You just don’t know what you are putting into your body.”

CGHS chief executive office Dr Frank Evans said while drugs and alcohol were an increasing problem in communities, the hospital was well prepared for admissions.

“We had several admissions in the last week as a result of suspected laced ice,” Dr Evans said.

“One patient was transferred to Melbourne and the other treated the Sale hospital.”

People with information are being urged to phone Crime Stoppers on 1800 333 000 or submit confidential reports online at www.crimestoppers.com.au