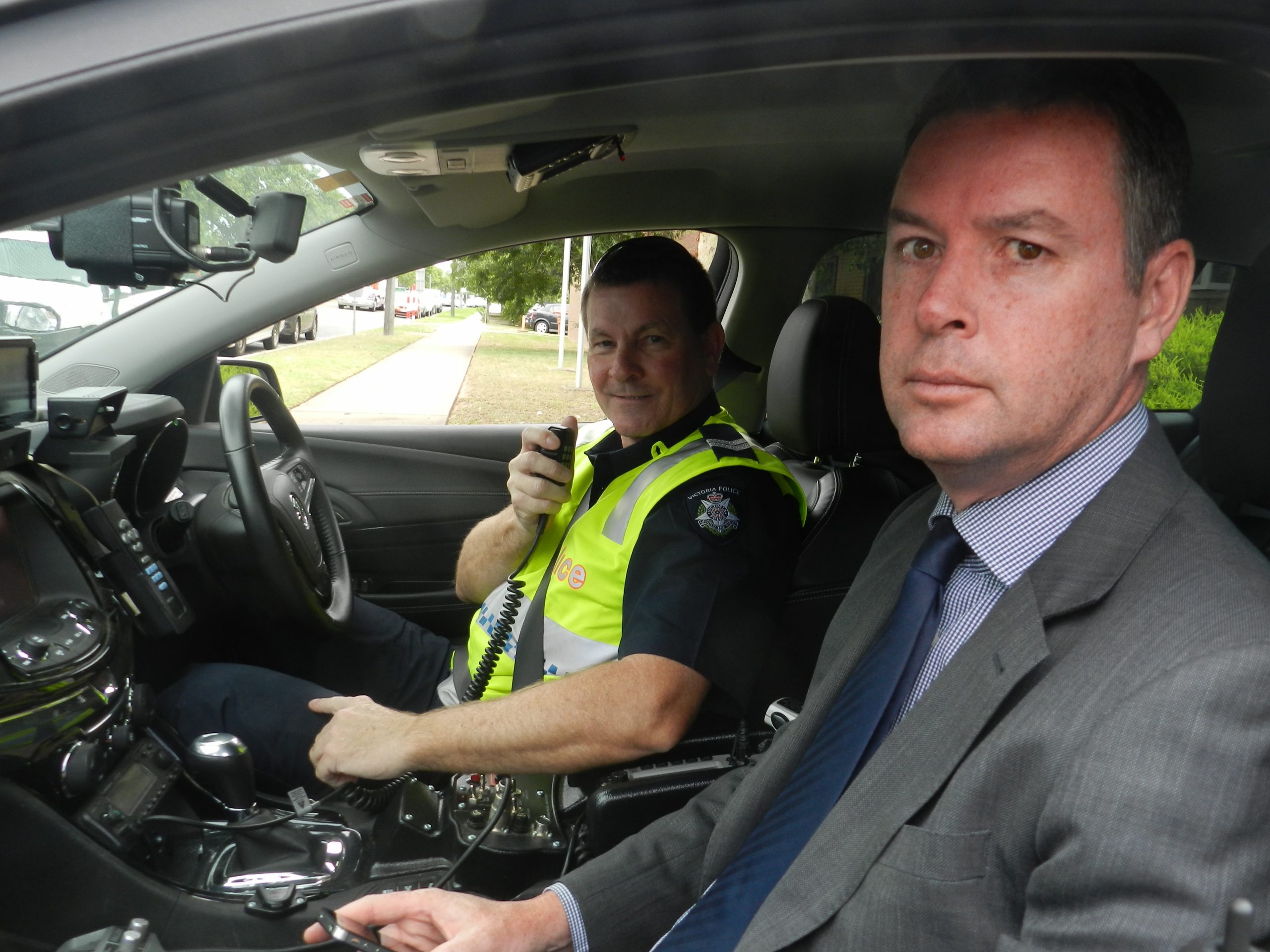 A POLICE pursuit through Gippsland last year where an estimated 9000 people listened into police radio transmissions is one of the incidents which has prompted a $10 million pledge to update systems.

The state government says outdated analogue systems will be replaced with a more secure digital system in a bid to stop the eavesdroppers.

During a visit to Sale police station on Wednesday, Police Minister Wade Noonan said officers’ safety was being compromised by the current analogue police radios, which allowed people with radio scanners or smart phone apps to listen in on police operations.

He highlighted an incident where a 25-year-old Endeavour Hills man allegedly led police on the high speed pursuit from Dandenong to Swan Reach, where he was eventually apprehended.

It is alleged the offender stole seven cars and tried to steal an eighth during the pursuit, the drama attracting interest across Gippsland through scanners and smart phone apps.

Mr Noonan said he had been shocked to learn more than 9000 people had listened to the police pursuit through Gippsland, mainly through apps on their phones.

He said police he spoke to after that incident said it was difficult to understand that so many people were listening in and following police decision making in what was a difficult situation.

“Some people do have an interest in the (police) communications and find that as a hobby I suppose, but from our perspective our duties can be performed more safely with secure communications,” he said.

“At the moment we’ve got a network that is unsecure that can be monitored through different devices.

“Obviously if police work in a secure network, we will be able to conduct our duties without people listening.

“It is important for our members’ safety,” Acting Inspector Mehlert said.

“Obviously there is information that is provided in relation to operations, investigations and police attendance at incidents.

“There’s also personal information that is divulged, so in relation to all those issues, potentially there’s a risk there.”

Acting Inspector Mehlert said while police attempted to manage the risk, a new radio system would make their job safer.

Mr Noonan said it was important to “close the gap” to guard against those with criminal intentions.

“Basically what’s wrong with the system is that anyone can listen in to police communications,” he said.

“Now for many that may just be about curiosity; for others it’s really about criminal intentions.”

He said the ability to listen in on police allowed people to gather intelligence about where police were, how many may be in any one place at any one time and where there were gaps in terms of police coverage.

“We want to get on with resolving this at the earliest opportunity,” Mr Noonan said.

Mr Noonan said early indications suggested the $10 million state government pledge would be adequate to fund the update of police communications across the state, but could not place a definitive time line on its implementation.

He said police in Melbourne and Geelong were already using a digital network and the government would work through options with Victoria Police.