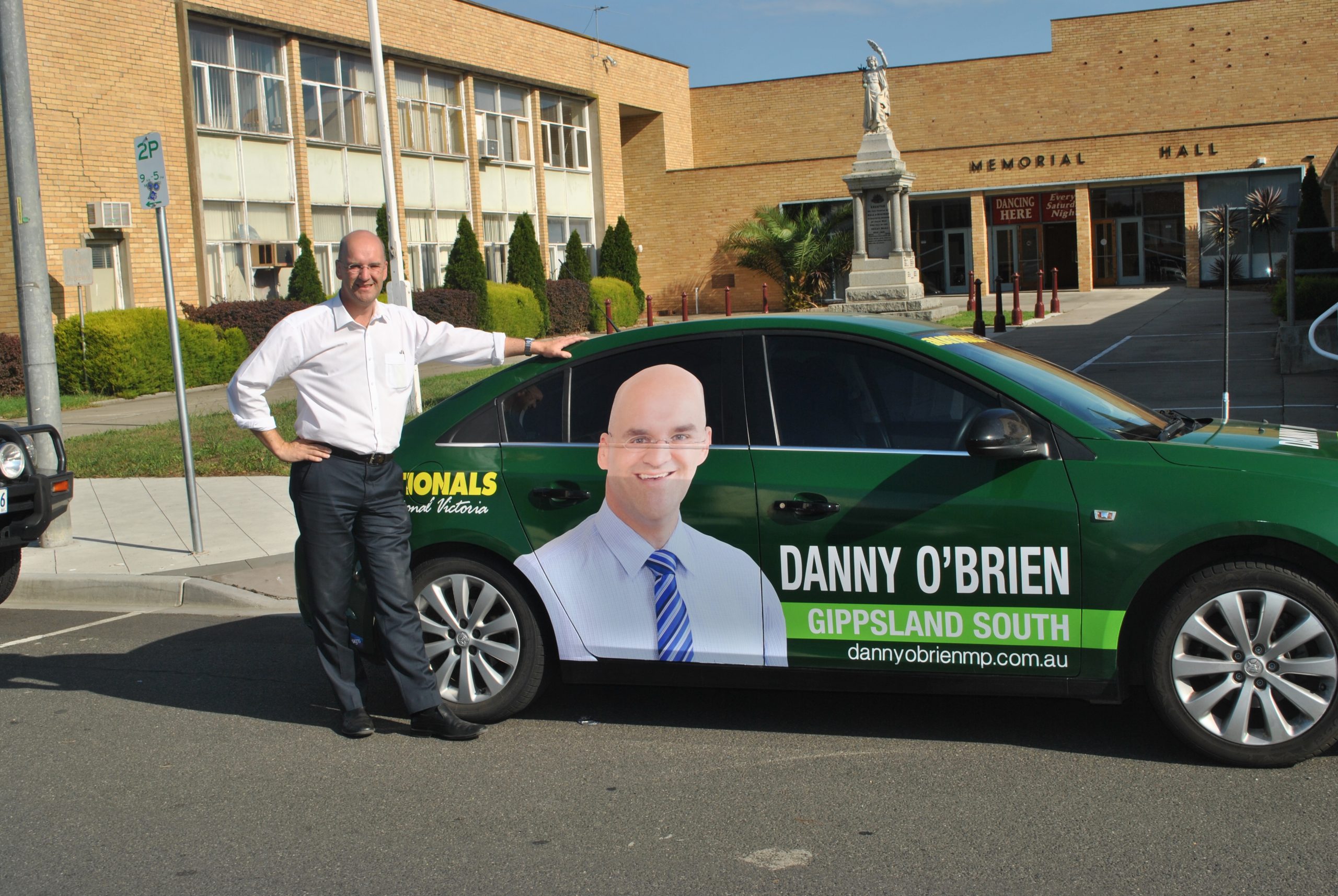 NATIONALS candidate Danny O’Brien has burnt his bridges by formally resigning from the Legislative Council to focus on winning the Gippsland South by-election.

His successor, to be selected by the Nationals, will be appointed before the by-election

Mr O’Brien handed his resignation from the upper house to the Governor Wednesday morning as he seeks a move to the lower house of state parliament.

Speaking to the Gippsland Times, Mr O’Brien compared his actions to the Spanish conquistador Cortez who burnt all his boats on arriving in Mexico, to ensure his men knew there was no turning back.

“I’m taking a risk but that’s how committed I am. I have to stand up and have a go. In boots and all and I’m loving it,” he said.

“I plan on putting 120 per cent into my campaign to win the by-election to ensure Gippsland South continues to have a strong voice in the Victorian parliament,” he said.

“I’m under no illusion that this will be a close fought battle and I plan on working my hardest to ensure the people of Gippsland South receive the very best local representation possible, which I believe I can provide.”

“It has been my great pleasure and honour to serve the people of the Eastern Victoria region.

It is an area I am so passionate about which is why I have decided to run for the seat of Gippsland South, the area I live in and love,” Mr O’Brien said.

“I have enjoyed serving the people of Gippsland and hope to continue to be an advocate for Gippslanders in future.”

Mr O’Brien said he had a strong vision for Gippsland South.

He said he believed value adding to the region’s dairy and horticultural industries could deliver this, along with improved roads and transport.

“We have many great opportunities in this region and I plan to work hard to deliver better roads, health and education and more jobs for Gippslanders.”

He emphasised the Nationals’ position on coal seam gas had evolved.

He stated that following the current moratorium and current investigations into the safety of the CSG industry, which the Nationals had argued for, if the government allowed on-shore gas extraction to proceed the National’s would demand farmers retained a right of veto over CSG mining on their land.