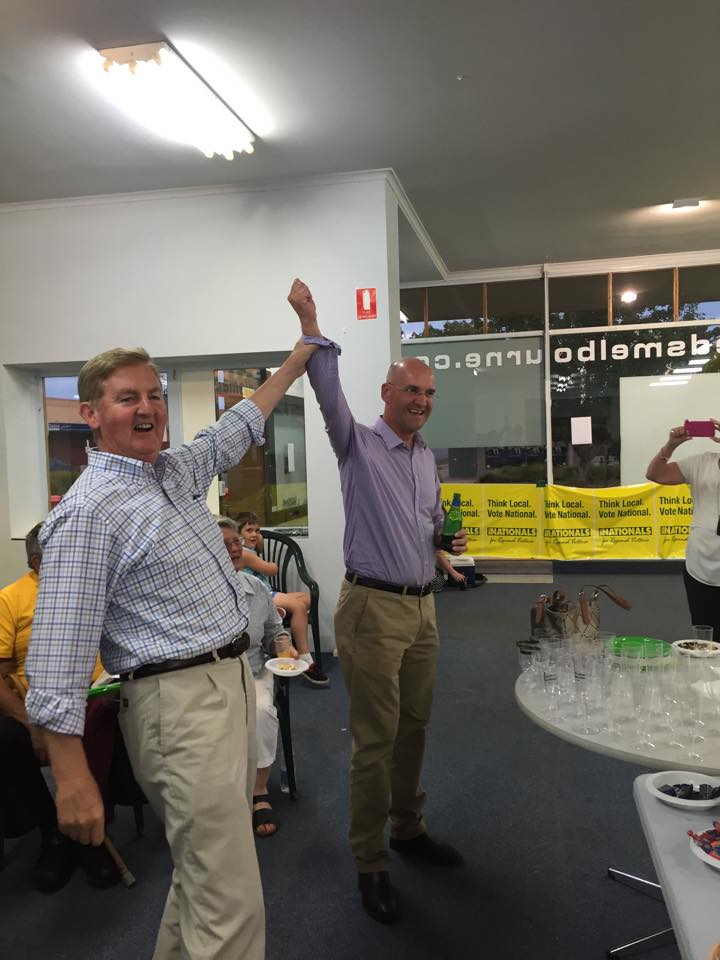 DANNY O’Brien has pledged to get straight to work after his victory in the Gippsland South by-election.

With Labor not fielding a candidate, the conservative parties dominated the poll, with the Nationals and Liberals receiving almost 72 per cent of the vote.

Preferences pushed Mr O’Brien past the 50 per cent needed to win the by-election.

Nyora and Loch in the west of the electorates are the exceptions, with Mr Rossetti ahead.

Just over five per cent of votes were informal.

Mr O’Brien vowed to get straight down to work once his election victory is confirmed.

“I am humbled by the result at the weekend,” he said.

“I think this shows once again that country people, and the people of Gippsland South in particular, do want a country-focussed party to represent their interests.

“My local priorities now will be to pressure the Labor government for more funding to fix our roads, to deliver the new Sale Specialist School and to continue funding for the Macalister Irrigation District upgrade.

“It may be a few weeks before I am sworn into parliament, but I will be in a location near you, listening to the concerns of locals and ensuring their voice is heard.

“I will not win every fight, but I will fight each issue with vigour and determination to ensure Gippsland South gets its fair share.”

“Victorian Labor are now isolated on the gas drilling issue,” he said.

“Their fence sitting policy is simply to call an inquiry.

“Even the Nationals now say they will give farmers the right to lock the gate to gas drilling companies.”

Gippsland MHR Gippsland Darren Chester said he was looking forward to working with Mr O’Brien on a wide range of issues.

He also hailed the by-election result as “a resounding endorsement for the Nationals”.