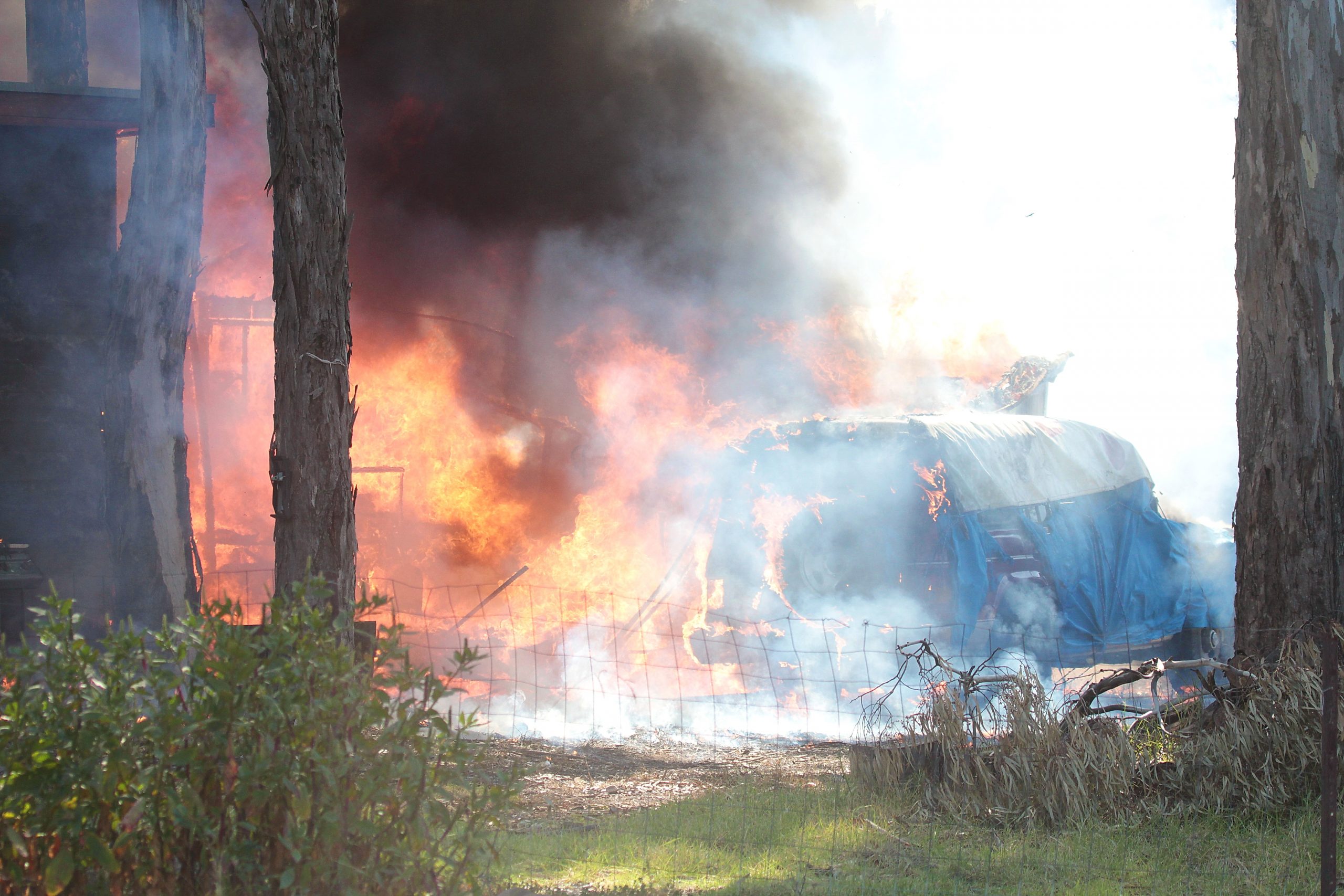 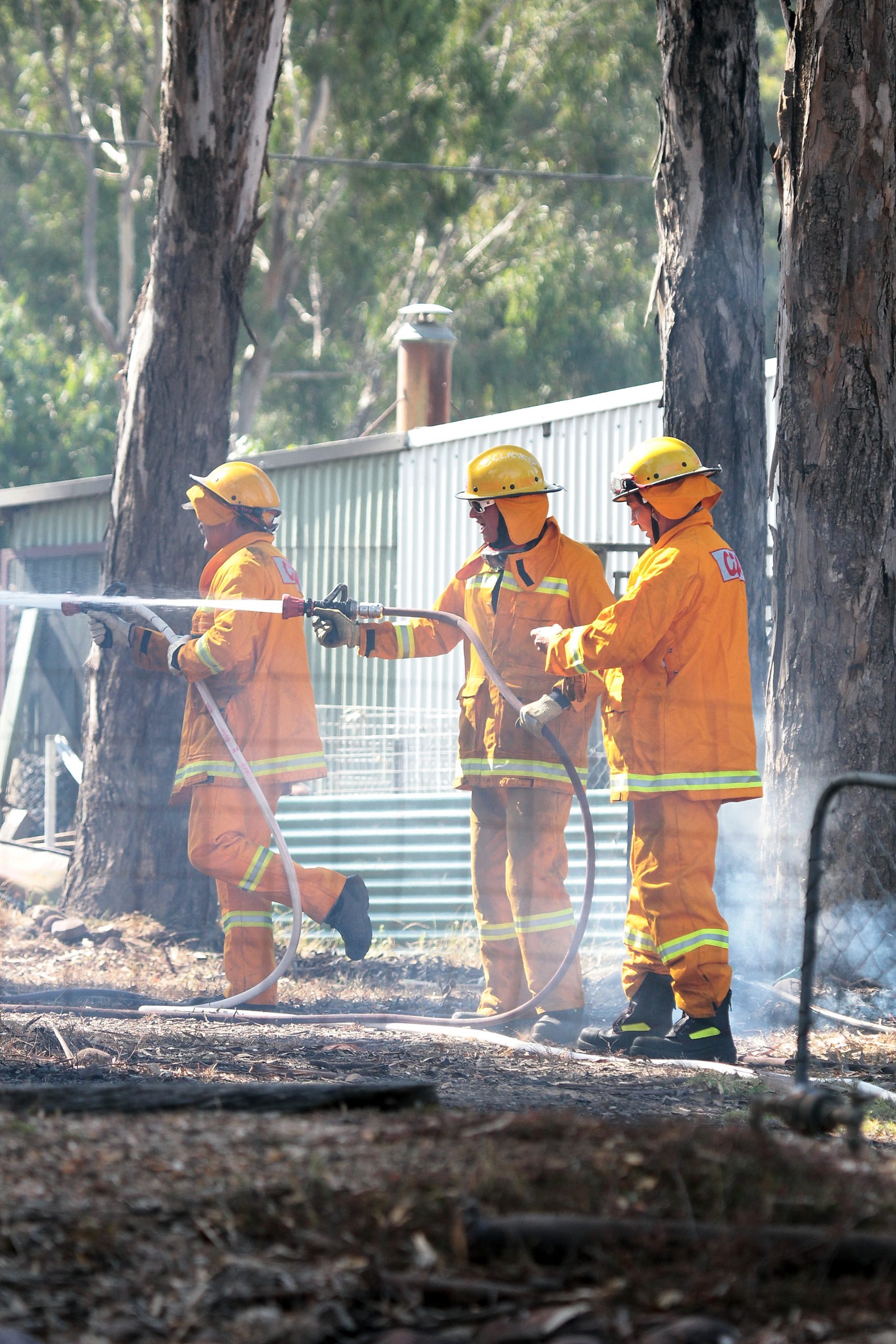 A FIRE which erupted at a Coongulla property in Tamboritha Terrace on Saturday reportedly destroyed a caravan, shed and a vehicle.

Units from Coongulla, Heyfield, Maffra and Newry fire brigades were called to extinguish the blaze.

Sale resident Michael Kent, who was holidaying in the area, said it took firefighters about 30 minutes to bring the blaze under control.

He said the fire began sometime between 11am and 11.30am Saturday morning, and there were no occupants in the house.

Mr Kent said a woman and her dog in a neighbouring property were evacuated, and while the woman was shaken, she was not injured.

Mr Kent said he understood the fire was started by a fire pit that had not been extinguished properly.

He said it spread from the pit to a caravan and gas bottles, then engulfed a four wheel drive vehicle and a shed, also causing extensive damage to the main house on the property.

Mr Kent said while a neighbour only lost some fencing and fernery, if it had been a windy day the outcome may have been quite different.

“If it was a windy day, all hell would have broken loose,” he said.

A FIRE which destroyed a caravan and a vehicle at a Coongulla property in Tamboritha Terrace on Saturday has been ruled an accident.

CFA District 10 Sale operations officer Peter Barr told the Gippsland Times the fire was started by a fire in a 44 gallon drum that had not be extinguished properly.

Mr Barr said people staying at the house had poured water on the fire, but the flame had not been completely extinguished.

Hot coals reportedly fell from the bottom of the drum onto dry leaves which caught fire then spread to a caravan on the property.

to the main house on the property.

The visiting occupants were not at the house at the time of the fire.

“They contained it pretty quickly,” he said.

“If the brigades hadn’t got there quickly, it could have turned out differently.

“Another five to 10 minutes and the house could have completely gone.”

Mr Barr said the structure of the house was still intact and a thermal imaging camera was used to check for hot spots.