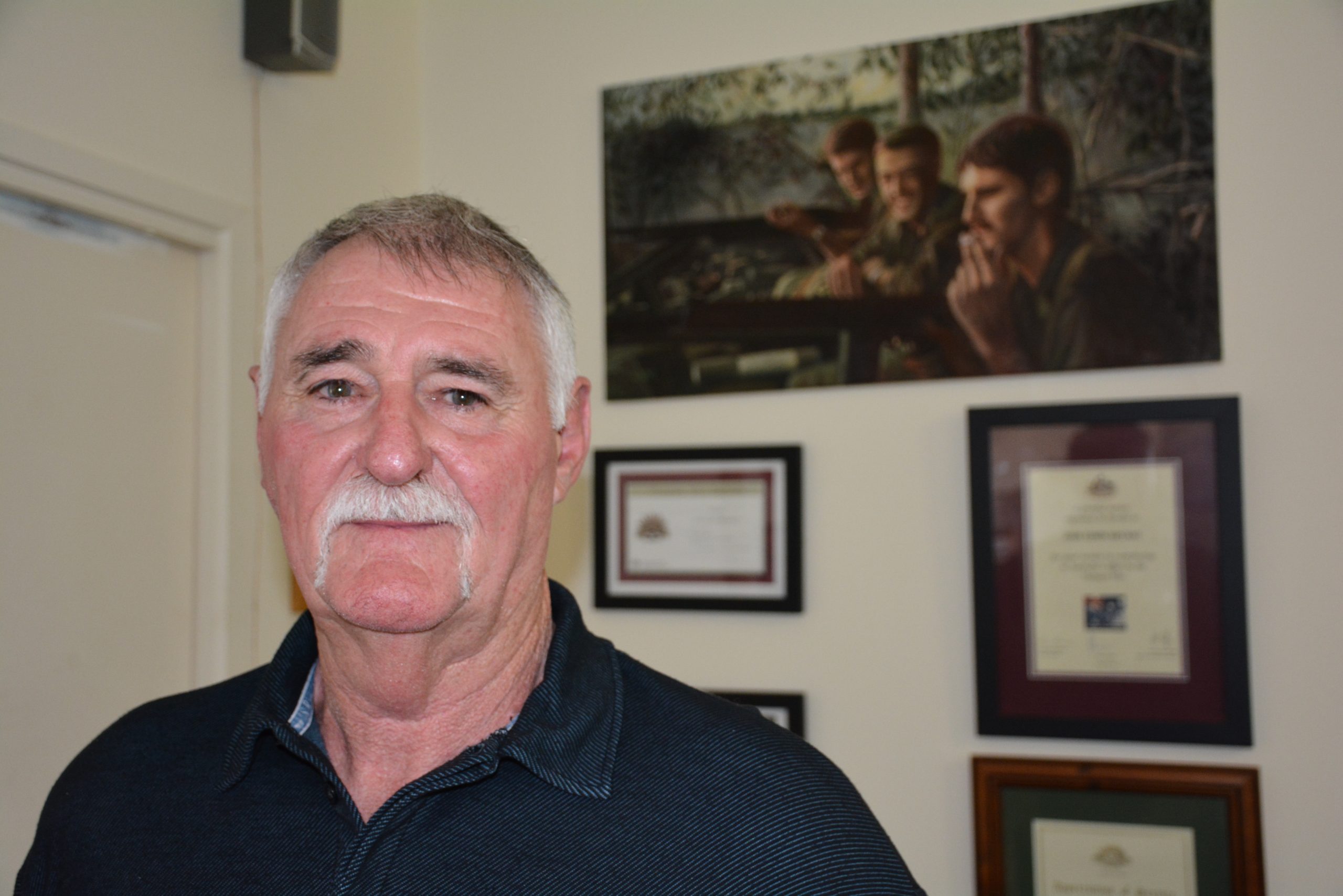 HELPING a mate overcome the terror of war, a local man will be featuring in a documentary to be broadcast nationally this week.

John Bryant from Stratford is part of The Crater: A Vietnam Story, which will screen this Thursday night on ABC TV.

The Crater tells the story of Brian Cleaver’s search to locate 42 former enemy soldiers he saw killed in action so that their bodies can be returned to their families and their spirits put to rest.

Conscripted to fight, Mr Cleaver was left numb and shell-shocked by his experience. His way of atoning is to search for a giant B-52 bomb crater which the dead Vietnamese soldiers were dragged into.

Directed by David Bradbury, who received an Oscar nomination for his documentary Front Line about Vietnam War cameraman Neil Davis, The Crater includes interviews with Mr Cleaver’s fellow diggers, including Mr Bryant, as well as North Vietnamese veterans who fought in the battle and the families of those who perished. It includes powerful re-enactments of the 1968 battles of Coral and Balmoral.

A National Serviceman, Mr Bryant was in the 3rd Battalion of the Royal Australian Regiment. He was just 20 when in Vietnam for 12 months of virtually non-stop combat from December 1967.

“We have been involved in two of the biggest battles of the Vietnam War (Coral and Balmoral). The reality is no-one had really heard of them,” he said.

“We had killed a few people there and we’d buried them in this B-52 bomb crater. There are 42 bodies in that crater.

Mr Cleaver returned to Vietnam in 2002 in an effort to find the crater.

“He knew that I had quite a few photos of that battle. He rang me wanting my recollections of the Battle of Balmoral and where I thought the bodies would be buried,” Mr Bryant said.

Mr Bryant went back to Vietnam, albeit reluctantly, in 2007.

“I have a son who’s in Afghanistan at the moment, and he paid for my trip with my machine gunner, so I couldn’t get out of going back,” he said.

“When I went back I fell in love with the joint.

“It was just a complete turnaround within a day.

Mr Bryant said he returned to Vietnam to support his friend.

“Brian was like a dog at a bone on this thing,” he said.

“I just got to thinking he was doing a noble thing because these are soldiers that he had killed and buried.

“I’d say a lot of the people in my platoon, company or battalion, and probably other Vietnam vets would tell you ‘we don’t really care about that’.

“But I was one of (Brian’s) supporters.”

Mr Bryant he was fortunate enough be have been able to deal with what he went through nearly 50 years ago.

“I’ve been lucky enough to be able to talk about it.

“I suppose that’s helped me over the years.”

The battles of Coral and Balmoral took place 40 kilometres north-south of Saigon, now known as Ho Chi Minh City. The battles claimed the lives of 267 North Vietnamese soldiers and 25 Australian.

Mr Bryant said the film had brought the battles to life, which he said was long overdue.

“That’s been good to have that out in the public arena, albeit 50 years (later), which is just ridiculous,” he said.

The Crater: A Vietnam Story will screen on ABC TV this Thursday from 9.30pm.