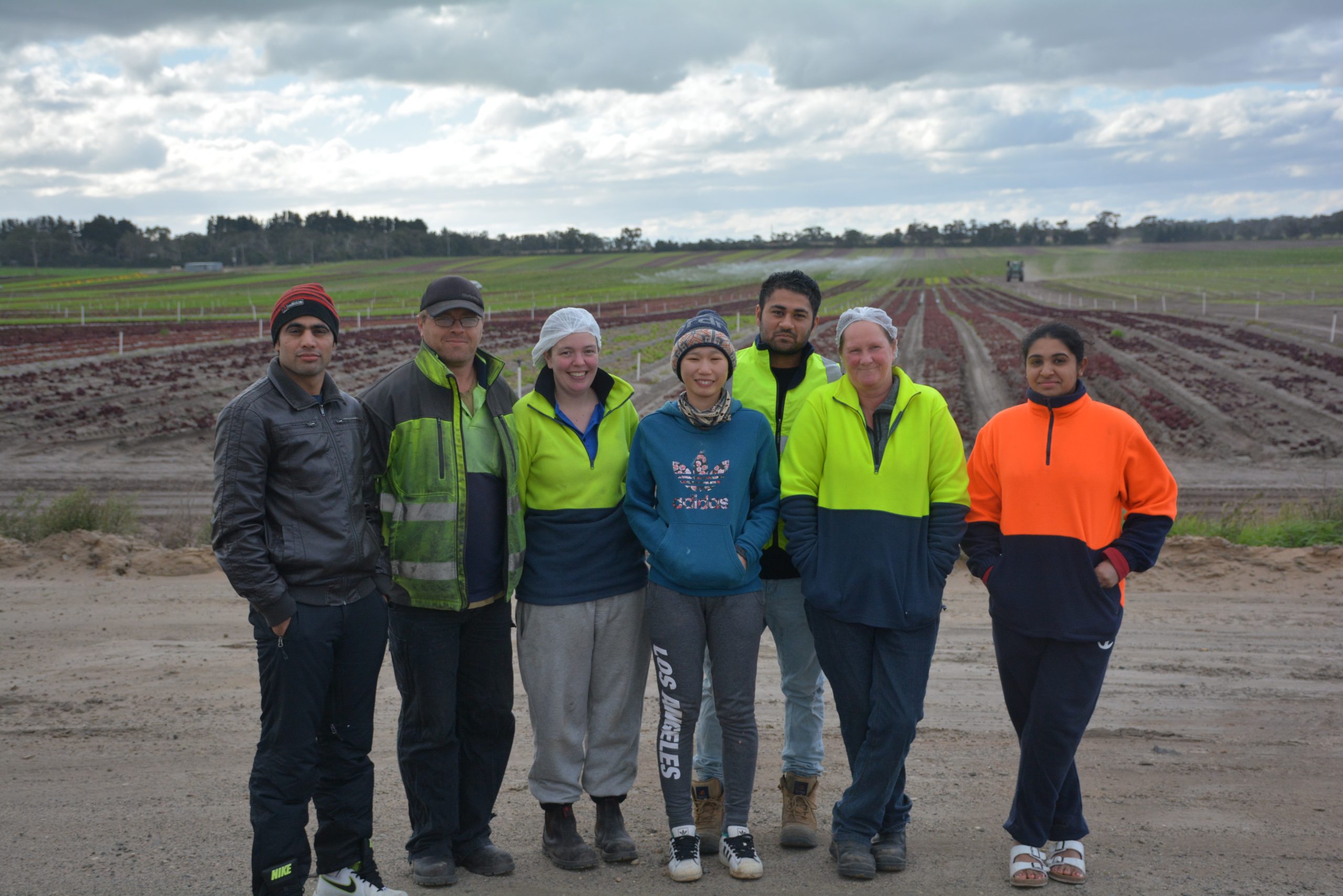 THE owners of Longford’s Covino Farms have refuted any claims they exploited foreign workers, saying they were disappointed by their portrayal in a recent Four Corners investigation.

Peter Covino, one half of the Covino brothers who run Australia’s biggest salad producer, last week vented his frustrations to the Gippsland Times about being embroiled in the controversy.

Accusations of unsafe work practices and an alliance with Chompran Enterprises, a contractor who underpaid, over worked and even turned a blind eye to the sexual assault of its workers, were levelled at Covino Farms recently.

However, Mr Covino said that his organisation had severed ties with the dodgy contractor and in no way stood for any of the accusations mentioned in the Four Corners report, claiming it was all part of a targeted campaign.

“We are talking about one particular company that was implicated in the Four Corners program, of which we had no control.

“It’s still raw to us, because these are the actions of another company, not Covino Farms.”

The use of contract employees is widespread throughout the industry.

Mr Covino said that while his business regularly tried to source local workers, it continually needed labour hire contractors to fill the gaps.

“We have been recruiting locally, with local people, however the flexible nature of the businesses needs some flexibility and can demand people on short notice,” he said.

Mr Covino said that reform within the industry was currently underway to ensure labour hire companies did not exploit workers.

“What we believe is (that) there’s got to be a licensing arrangement so we protect people’s rights and we are working with industry to come to a resolution to certainly improve the situation.”

The salad giant has since been working with the Fair Work Commission as part of an investigation into the employment contractor.

“There were some facts that were incorrectly reported,” Mr Covino said.

“The fact that Fair Work had been investigating us was incorrect. (They were investigating Chompran Enterprises) in conjunction with ourself, so we were working with them.”

The claims by Four Corners of exploitation were also refuted by Covino Farms workers, who said this week had been particularly difficult for a business they called a big “family”.

“I’ve never come across anything like that before; especially here, definitely not.”

Prabhjot Singh, who has worked at the farm for a number of years after arriving in Australia from India, also said the claims were off the mark, saying if there had been issues, employees wouldn’t keep coming back to work.

“We enjoy it, that’s why we’ve spent a long time working here.

“We’ve never see anything like that (what was outlined in the Four Corners report) before,” he said.

“… by and large I would like to think that we’ve got a workforce who are happy to come to work.

Mr Covino said that he felt his organisation had been targeted because of its status as a major provider of produce to supermarket giants Coles, Woolworths and Aldi, as well as fast food colossus KFC.

Mr Covino said it was not his company’s intention to exploit anyone.

“We paid the contractor the rate that we believed was achievable for them to adhere to the standards,” he said.

“This is a campaign (against Covino Farms) led by the National Workers Union; what more can I say?”

Of concern to Covino Farms is the future of its multi-million dollar contracts with the major supermarkets and fast food outlets, Mr Covino saying the future of those contracts was uncertain.

“We’ve been keeping them (major supermarket and fast food chains) informed,” he said.

Covino Farms moved to Longford in 1993 and employs about 150 people regularly and up to 200 during the peak summer season.

While the accusations by Four Corners have caused a stir throughout the industry, Covino Farms is confident it can distance itself from dodgy labour hire contractors in the future and re-establish its reputation.

Mr Covino said his business would be happy to work with the state government in its investigation into labour hire which is planned for later this year.