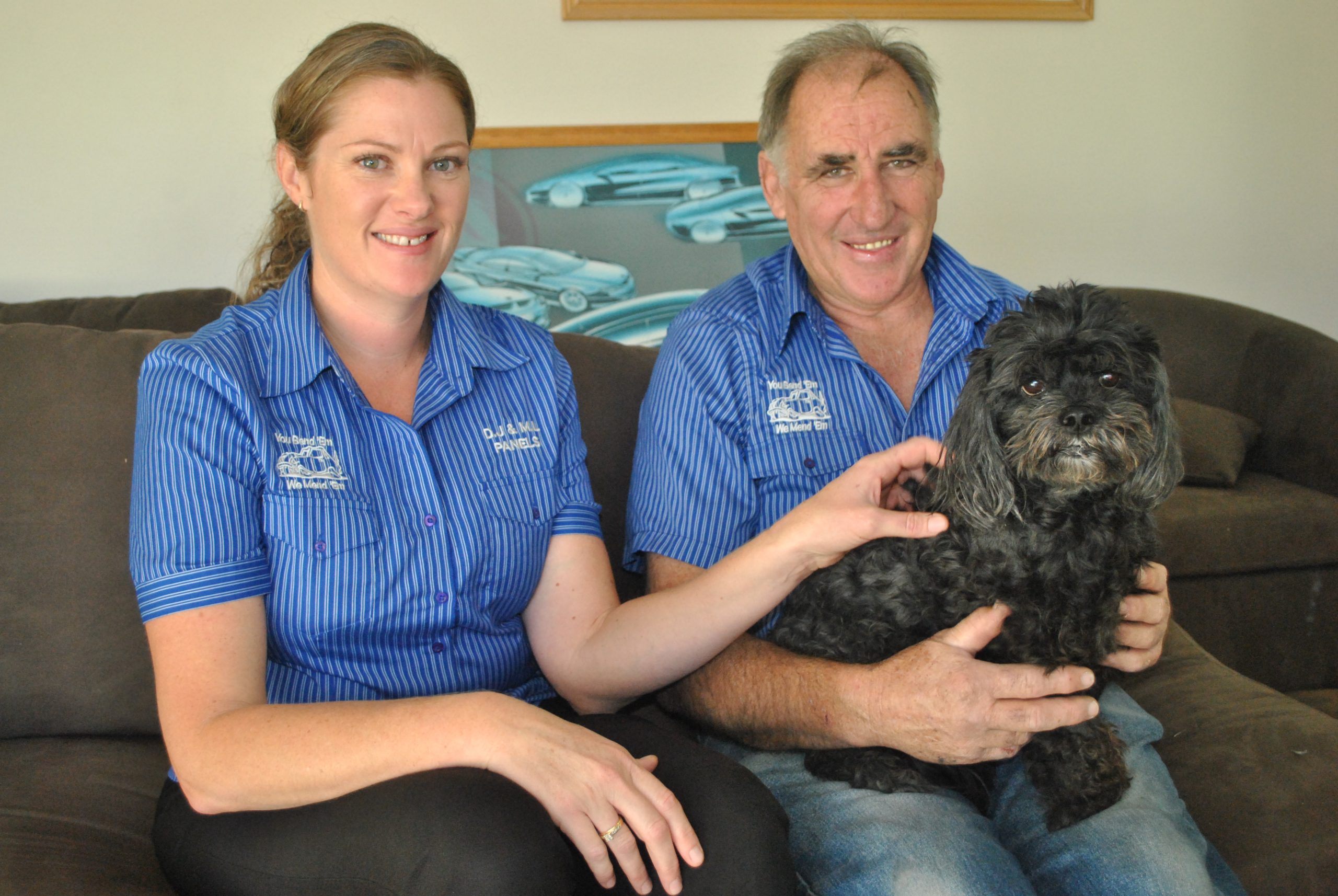 MANY pet owners tend to spoil their furry family members, but a local family have gone above and beyond to save the life of their beloved pet.

Buddy, a Shih Tzu cross poodle, was given a new ‘leash’ on life when he had a pacemaker installed at the age of three.

The pooch was at work one day with his ‘dad’ Des Sheean, when without warning, Buddy collapsed.

“He was here at the workshop and he came running through the gate one day and he just went down,” Des said.

They took him to a Longford veterinarian who suspected heart problems.

“So I took him for an MRI in Traralgon and they said ‘his heart is no good’,” Des said.

Des said Buddy had succumbed to a virus which prevented his heart from working efficiently.

Des and his partner Patrice McCann were told Buddy could have a used human pacemaker installed, but were warned about the steep price tag of surgery.

“I’d saved up a heap of money to buy a generator for my boat,” Des said.

“So now I don’t have a generator, but I have a dog that goes.”

Des said they found a veterinarian in Melbourne who was able to do the surgery.

Without the pacemaker, Buddy would not be alive.

“The pacemaker does 99 per cent of the work,” Des said.

The device was placed behind Buddy’s neck on the right hand side of his body and he remained at a veterinary hospital in Melbourne for about a week.

That was seven years ago.

When Buddy was taken for his annual check-up about two months ago, a scan of the pacemaker revealed the battery had almost run out.

“We take him back for a check-up every 12 months … in Melbourne,” Des said.

“They put a scanner over him, then on the computer it tells us how many heartbeats he’s doing, how long the battery has to go and all that sort of stuff.

“We took him down nearly two months ago and the battery only had two and a half months to go, so about right now it would have run out.

“If the battery runs out, then it just stops working.

“So we said we better put another one in.”

Buddy is still recovering from having his second pacemaker installed about three weeks ago, but his owners say it was worth it.

“He’s probably the most special (dog) we’ve ever had,” Des said.

“He hangs out in the workshop all day.

“He was definitely worth it.”