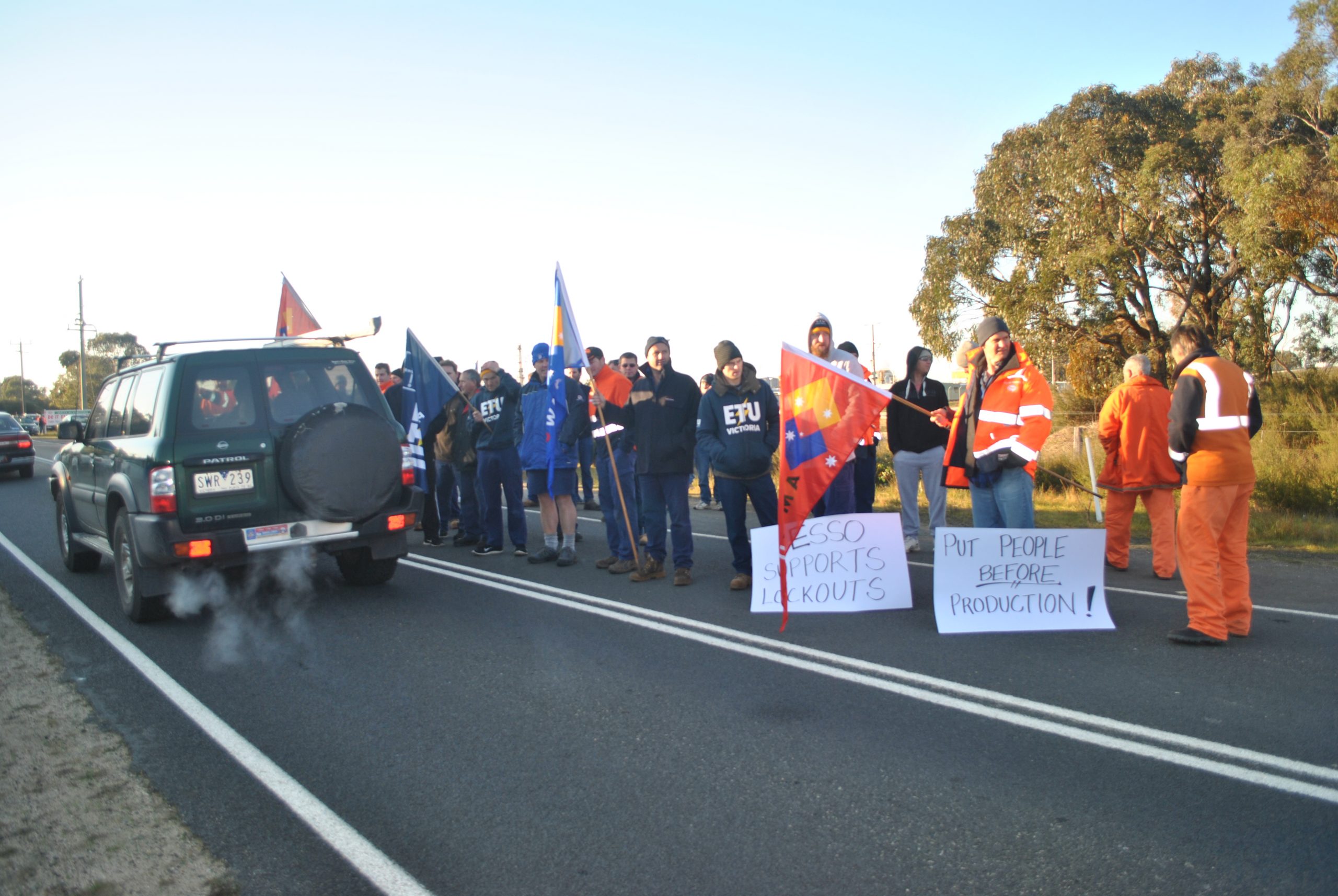 ESSO appears further away than ever from finalising a new enterprise bargaining agreement with its workforce, as industrial negotiations look set to drag on for months and more industrial action grows increasingly likely.

Delegates from both parties met for two and a half hours on Wednesday to discuss a new agreement for offshore maintenance workers, with a union spokesperson saying Esso surprised union representatives with new claims in addition to those already rejected by 98 per cent of its workforce.

Australian Workers Union Victorian branch secretary, Ben Davis, said the Longford workforce was becoming fed up with the actions of its employer.

“If Esso thinks that putting new claims on the table means their employees are going to suddenly change their minds, they’re kidding themselves,” Mr Davis said.

“We’re further away from settlement than we were before we met with them; Esso are obviously ignoring the reality check of the ballot result and they’ve dug in for the long haul.

“I’m not optimistic about an outcome any time soon.”

Meetings between Esso and unions continued yesterday regarding the onshore agreement, however it is now estimated negotiations could continue from anywhere between six to 12 months.

The unions have imposed bans on overtime and out of hours call outs as part of their industrial action and in response Esso has been locking out workers without pay for two hours each day at Longford and three hours at its offshore facilities.

Mr Davis said there was a widespread feeling of pessimism among union delegates and the workforce about the actions of their employer during the negotiation process.

“The workforce are getting angrier and angrier, and more and more frustrated, and quite frankly with good reason,” he said.

“We’ll be considering our options over the next few days and week about further industrial action.

The last EBA expired in October 2014, with negotiations beginning three months before that.

The dispute over wages, manning levels, safety and working conditions has escalated since then.

“We have been working cooperatively with our workforce and their representative unions with the aim of reaching a timely and mutually beneficial agreement,” he said.

“This has included putting forward a generous wage increase, significantly above current CPI, in exchange for important productivity improvements to help ensure a safe and sustainable future for our Gippsland business and the employment associated with these operations.

“At Esso’s request the unions have agreed to meet this week to discuss our offer and the unions’ counter offer,” Mr Ellis said.

“While disappointed with the current industrial action initiated by the unions, we will continue to seek a resolution and meet with the unions to progress negotiations in good faith.”