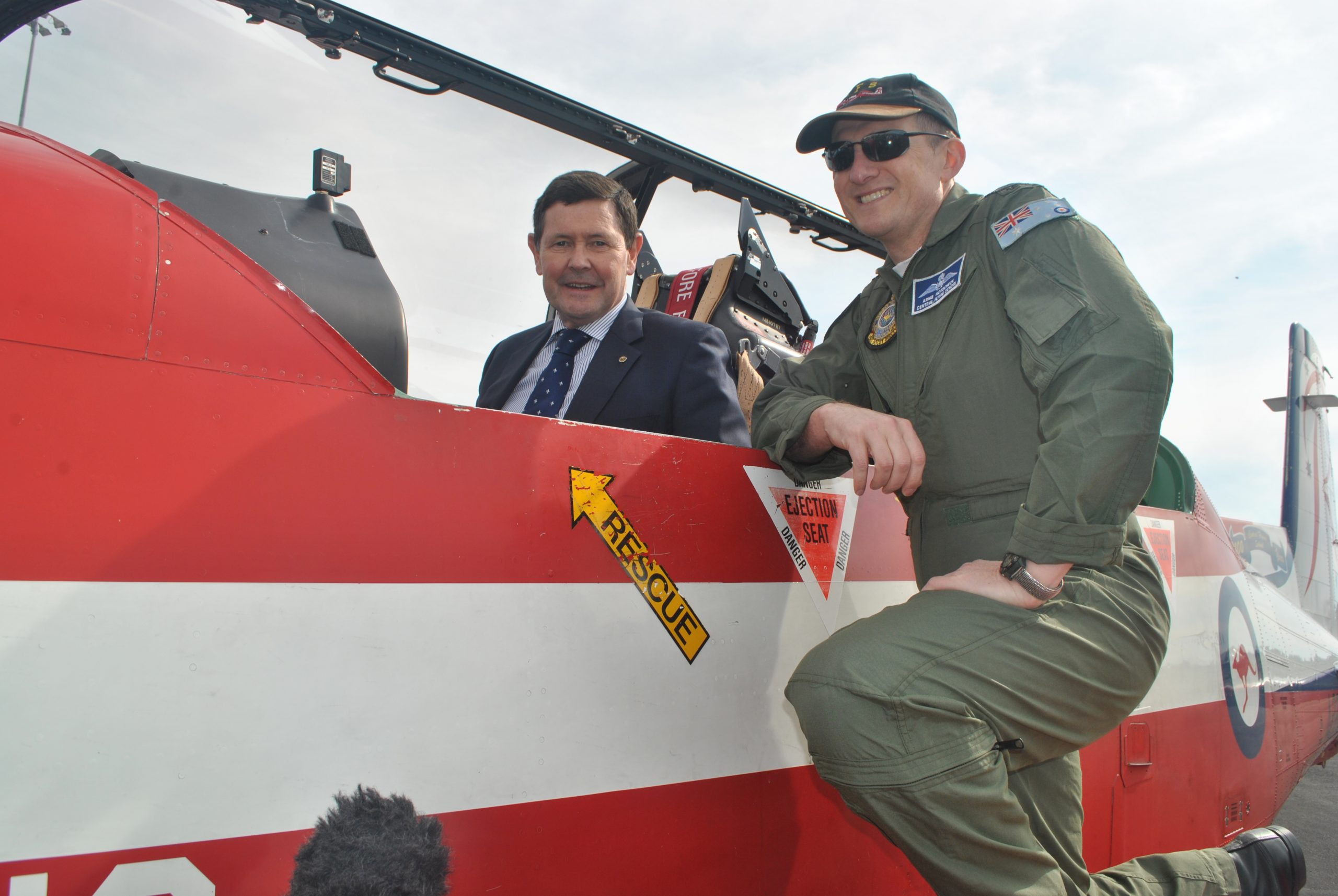 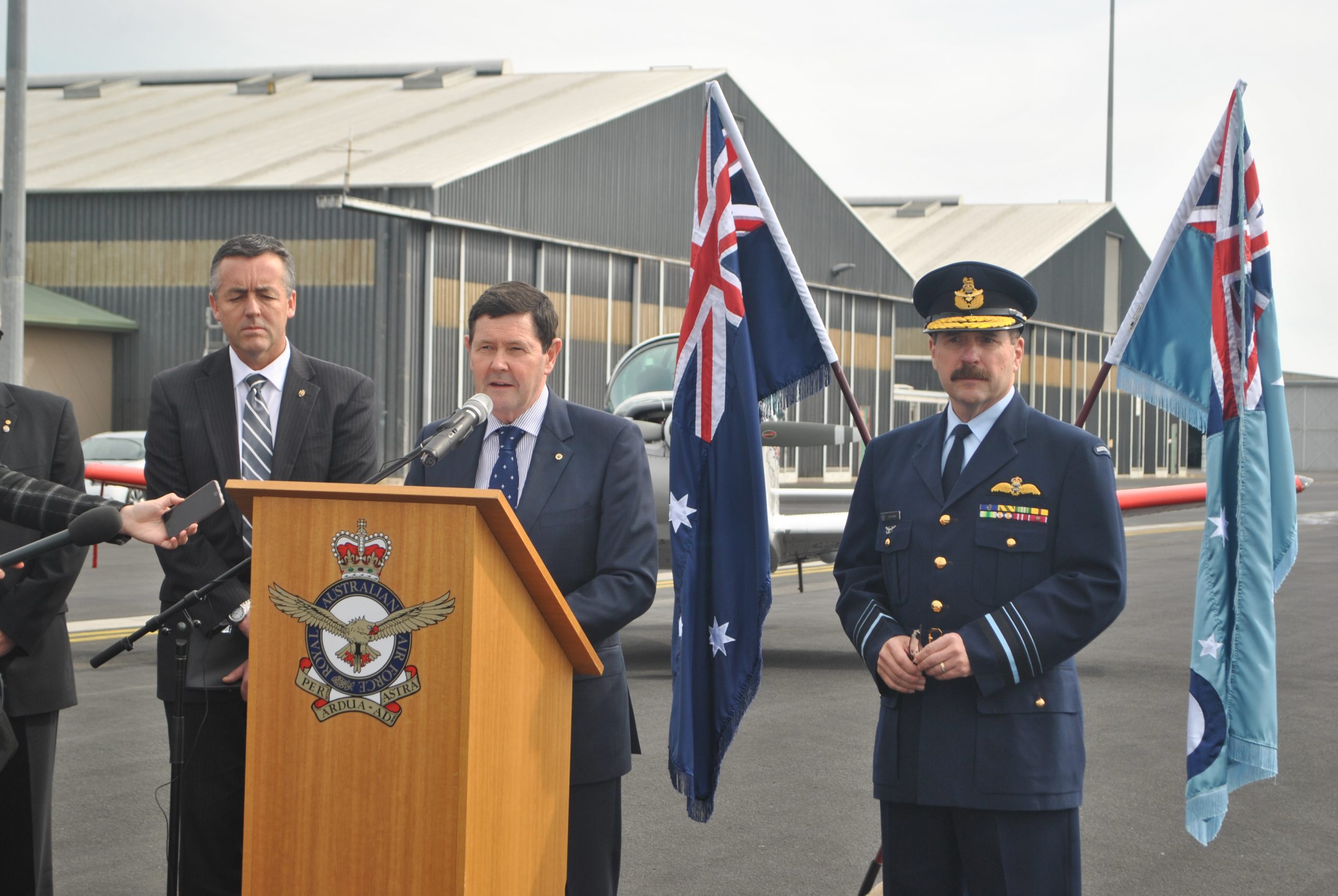 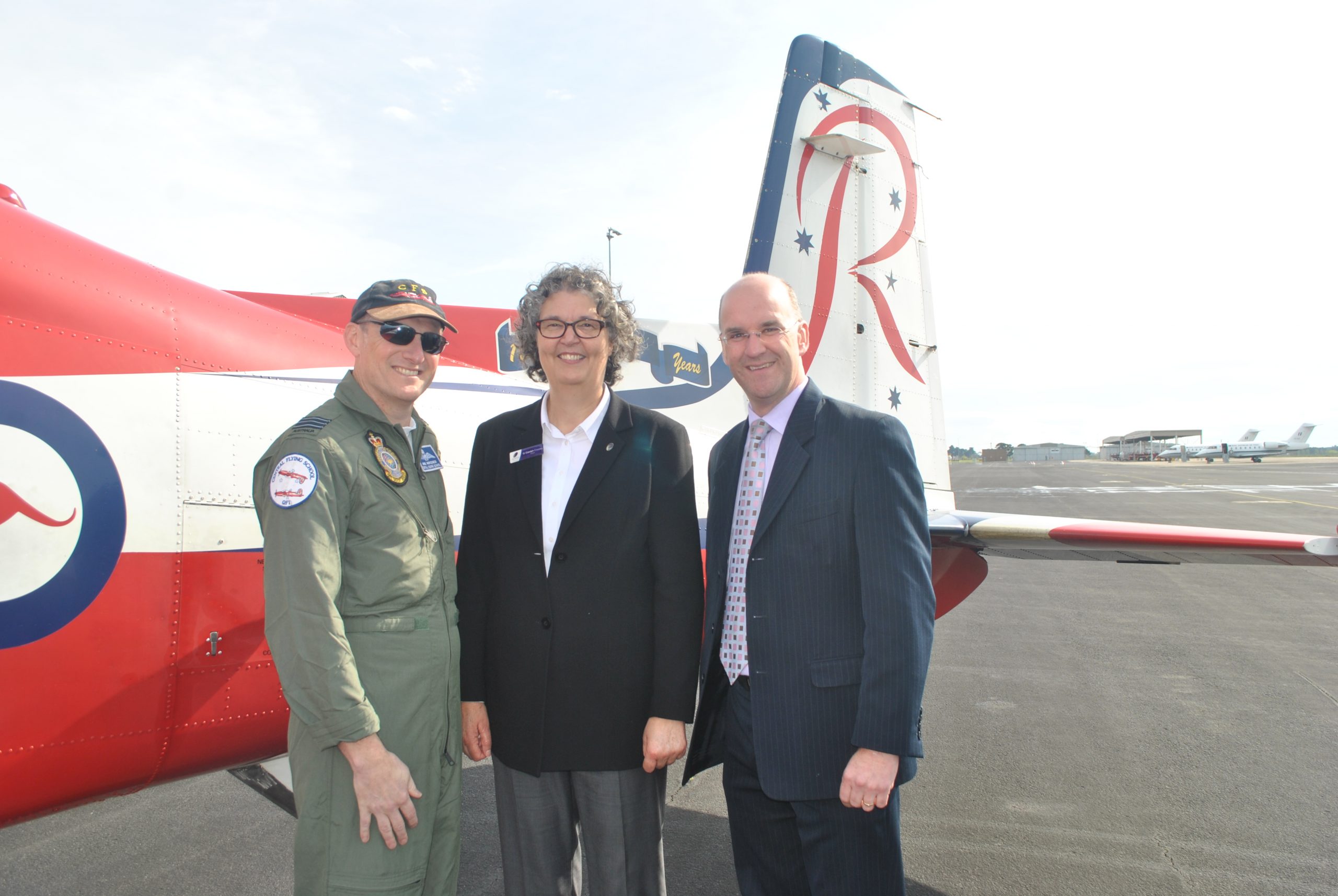 EAST Sale will become the new home of the Australian Defence Force’s aviation training, which is expected to boost the local economy by $17 to $19 million a year.

Lockheed Martin Australia was selected as the preferred tenderer for the new ADF pilot training system.

RAAF Base East Sale will deliver the Australian Defence Force’s Basic Flying Training from 2019 for all air force, army and navy pilots.

The announcement of the AIR 5428 basic pilot training contract was made at the East Sale Base on Sunday, with Defence Minister Kevin Andrews delivering the exciting and long anticipated news.

Mr Andrews said Project AIR 5428 would establish a new fixed wing pilot training system for the ADF and will replace the two aging training aircraft the CT4B and the PC-9A with a more modern and capable aircraft.

“This new project will also provide simulators and mission playbacks which will mean faster, more efficient and indeed more safe training for pilots and give the opportunity for people from a range of different learning styles to do their initial training,” Mr Andrews said.

The pilot training system will ensure undergraduate pilots developed the necessary knowledge and skills before progressing to advanced military aircraft, including the Tiger armed reconnaissance helicopter, the MRH-90 helicopter and the F-35A Joint Strike Fighter.

“From 2019 this RAAF Base here at East Sale will have an annual intake of about 165 trainee pilots, which will increase the number that graduate each year from about 77 up to 105 pilots each year,” Mr Andrews said.

“It will also mean that the consolidation of training here at East Sale will enable us to provide a critical mass for women pilots training for the RAAF as well.”

Mr Andrews said there would be about 162 new jobs created for training students at East Sale, indicating a substantial boost to the local economy.

“Something in the order of the six per cent increase in the local economy here in the Sale region,” he said.

With an economic boost to the region set to be between $17 to $19 million each year, economic gains of more than $500 million are expected over the 25 year contract period.

Gippsland MHR and Parliamentary Secretary for Defence Darren Chester said this would be a substantial economic benefit to the Victorian economy over the lifetime of the project.

“The AIR 5428 contract is one of the most significant projects to be announced in Gippsland over the past decade, in terms of long-term jobs and economic development for our region,” he said.

Mr Chester said the flow-on benefits would extend across the wider Gippsland region.

“The contract secures East Sale’s position as the new home of aviation training in Australia and I would like to congratulate the Team 21 contract team and the local community for working together to provide the best possible bid in a highly competitive tender process,” he said.

“Young pilots from across Australia will come to our region to do their training in the Pilatus PC-21, before moving on to specialist streams in the army, navy or air force.”

Mr Chester said he was very proud of Sale’s and greater Gippsland’s association with the air force.

“We greatly respect and honour the men and women who have served here in the past and who will serve here in the future and we look forward to having a fantastic relationship for many, many years to come,” he said.

BAE Systems Australia will continue to provide the ADF with basic flying training at Tamworth until the end of 2019.

Chief of Air Force Air Marshall Leo Davies said there would be an overlap between the conclusion of the Tamworth contract and start-up at East Sale.

“We will continue to do the flight screening and training at Tamworth as we begin to stand-up here in the middle of 2017,” he said.

Wellington Shire Council welcomed the announcement suggesting the decision would provide an enormous boost for the region and its economy.

Mayor Carolyn Crossley explained council had recognised the potential benefits for the region, and had been a staunch advocate for the relocation of Basic Flying Training to East Sale.

“Initially we advocated for the Interim Basic Flying Training School project, and more recently for Defence Project AIR 5428,” she said.

“The immense efforts of council staff, in particular our economic development team, have helped to secure the AIR 5428 tender win that will see a direct wage and salary contribution of up to $28 million injected into our local economy.

“Once flow-on industrial and consumption effects are taken into consideration, securing AIR 5428 will boost our local economic output by up to $168 million per annum and is expected to deliver over 500 direct or indirect jobs. It is estimated that the value add of these operations will bring approximately $2 billion to the Victorian economy over 25 years.”

The project is expected to boost on-base personnel  from 620 to more than 900, including military, Defence staff, contractors and students.

“The project will result in family members of the new personnel relocating to Wellington; that sees new children attending our schools, new staff for our employers and new tenants and homebuyers for our real estate market,” Cr Crossley said.

“In addition, our local planning controls make provision for air space requirements of the base.  We understand the needs of the base in conjunction with the positive impact it has on our municipality and work toward maintaining an ongoing synergy beneficial to our broader community.”

The expected demand for housing is also hoped to stimulate the local housing industry, with rental accommodation in Sale already under strain with little more than one per cent vacancies and a perceived need for more Defence Housing standard accommodation to be built.