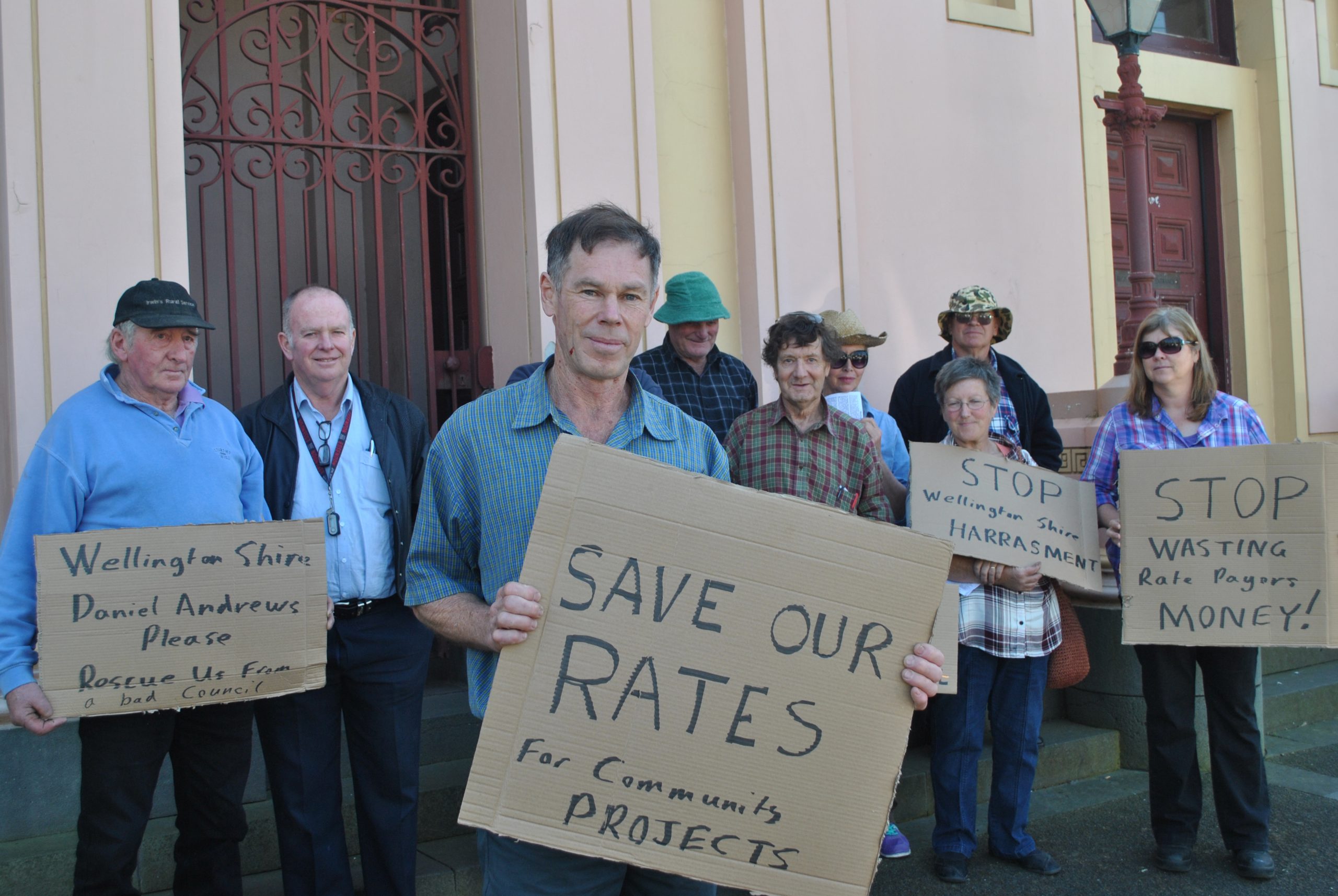 CROOKED River, Dargo farmer Keith Mills was supported by about a dozen friends and family in a protest outside Sale Magistrates Court on Monday, where he was to face charges brought by Wellington Shire Council.

Mr Mills had previously been fined for allowing his cattle to wander onto roads and adjacent properties.

He argued the cattle wandered because fences on his property had been damaged by road works carried out by the shire some years ago. Those fences had not been repaired because of an ongoing dispute with the shire over road alignment, costs and responsibilities.

Mr Mills’ court appearance on Monday resulted from his actions at the shire’s Fulham pound when his cattle were again impounded by the shire last year.

Mr Mills was fined $2500 and ordered to pay costs. No conviction was recorded.

It is believed Mr Mills intends to appeal the order to pay the shire’s costs.