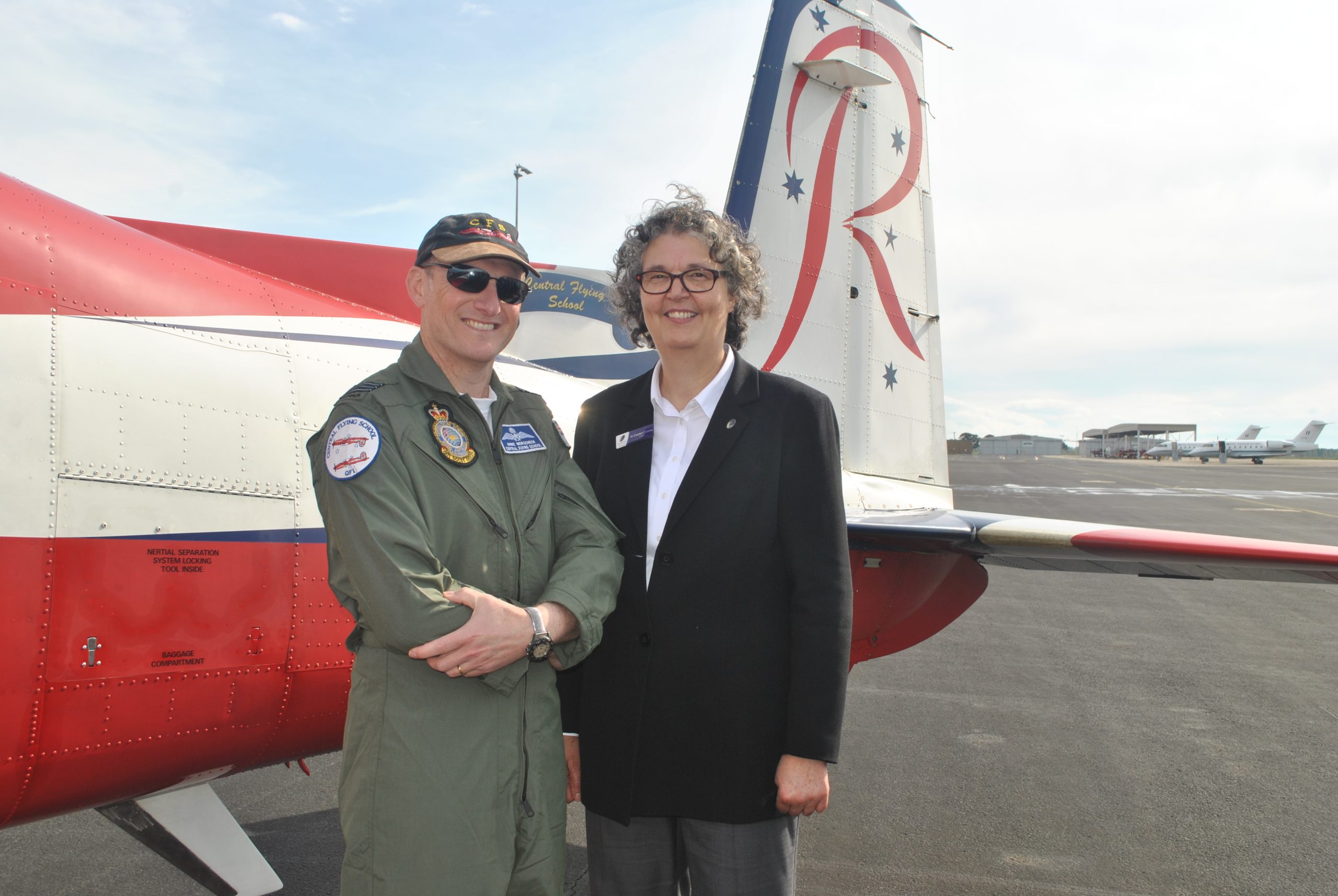 CAROLYN Crossley has marked her final council meeting as Wellington Shire mayor, highlighting a number of major announcements made over the past 12 months.

Cr Crossley’s one-year term as mayor concludes hours before her successor will be elected on Wednesday, November 4.

“It has been a wonderful year to be mayor. An absolute privilege to both represent my fellow councillors as mayor as well as the community,” Cr Crossley said during Tuesday’s night council meeting.

The major announcement for the shire came in September, when the relocation of the Basic Flying Training School to RAAF Base East Sale from 2019 was confirmed.

“The announcement of the Basic Flying Training School coming to East Sale was a momentous occasion,” Cr Crossley said.

“It was also the 70th year of the RAAF base out there, so there’s been a great synergy and connection between Sale and the East Sale RAAF Base.”

The addition to East Sale is set to provide a direct wage and salary contribution of up to $28 million to the local economy.

“It is something we can plan for over the next two years. Also, we know that this base is going to be here for the next 25 years,” the mayor said.

“It’s a really solid way that we can plan for the future.”

While the economic benefits were important, Cr Crossley said the influx of young people through the Basic Flying Training would make Wellington a more dynamic community.

Other highlights over the past year include the relocation of council’s administration, beginning of work on the Port of Sale Cultural Hub, opening of the new Sale police station and CFA stations across the shire, and announcement of funding for the new Sale Specialist School and Sale ambulance station.

Council has played a direct role in some of these projects, and advocated for others.

“There’s been a number of fantastic announcements in Wellington this year, which will have a significant impact on our future,” Cr Crossley said.

“These steps have been built on, not just from these year or this council, but the work that’s been done by previous councils.”

Cr Crossley said thanked councillors, council staff, the community and her family for their support during her year as mayor.

“It is certainly an experience I will cherish and remember fondly for the rest of my life,” she said.

“I’ve thoroughly enjoyed my time, but I also acknowledge that I could not have done so without the collaborative nature of this council.”

Cr Scott Rossetti congratulated the outgoing mayor for her work in the role.

“The role is what you put into it, and you’ve put an awfully large amount,” he said.

“The way that you led the council, you did it with humility, as part of council, rather than being the mayor out front.”