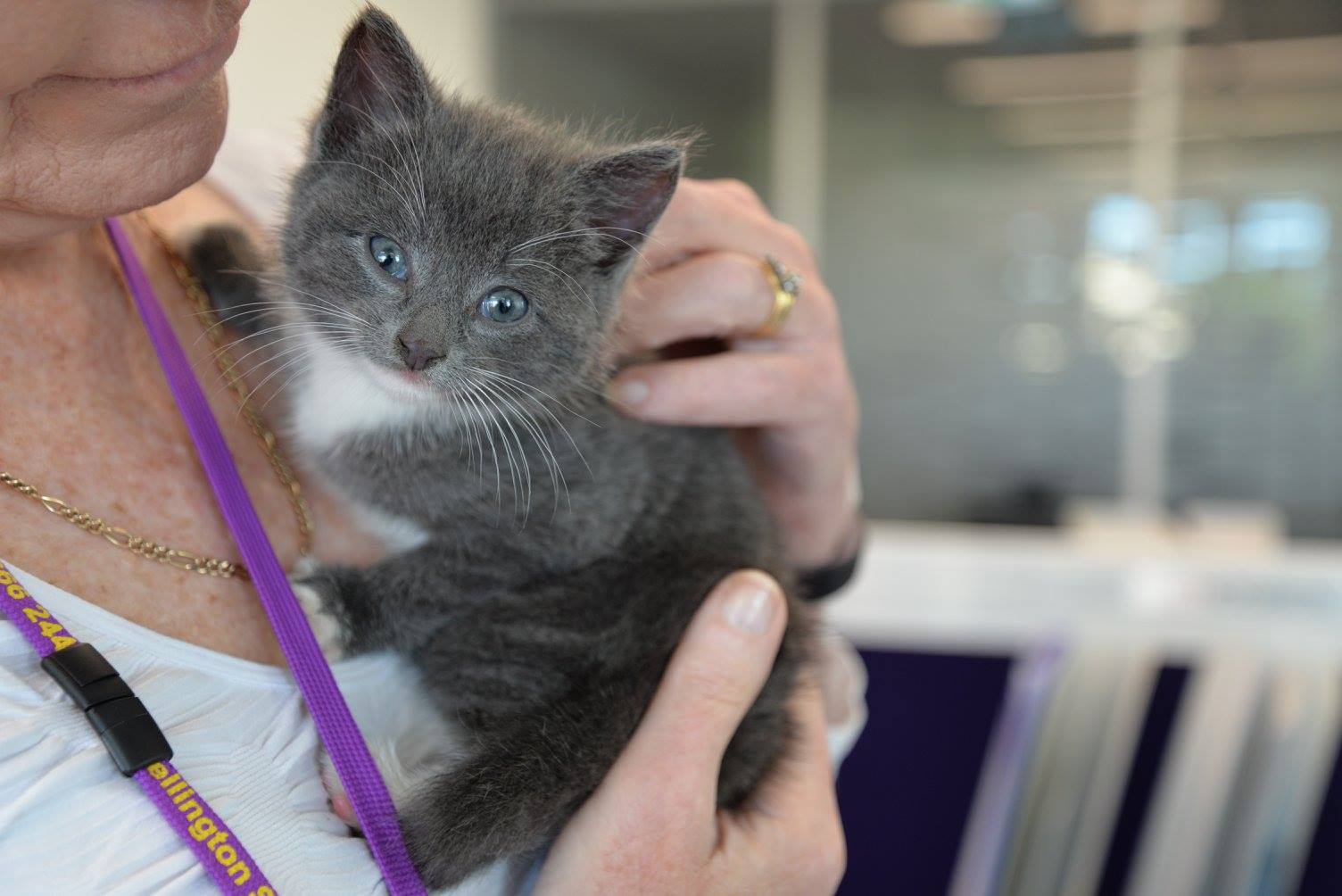 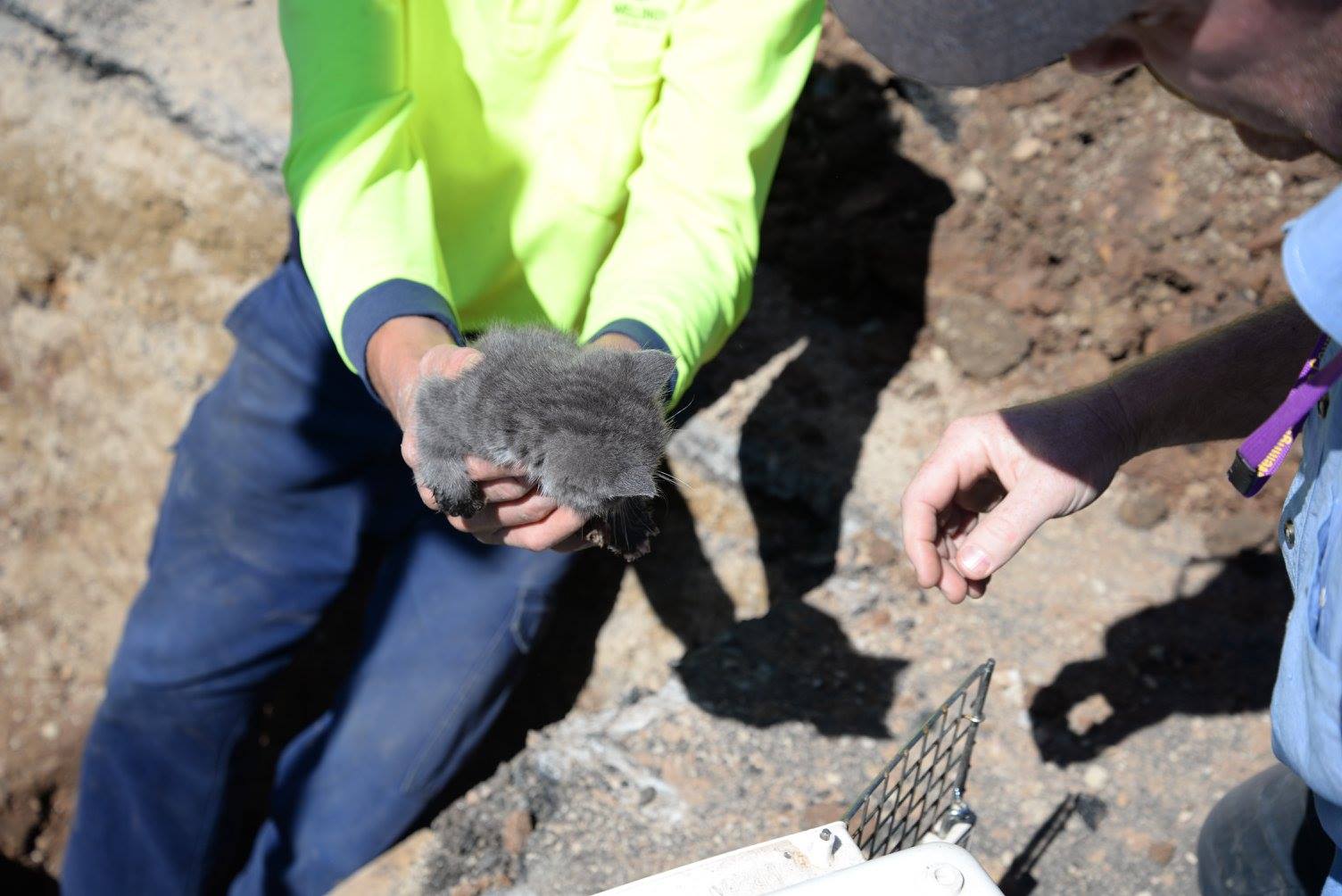 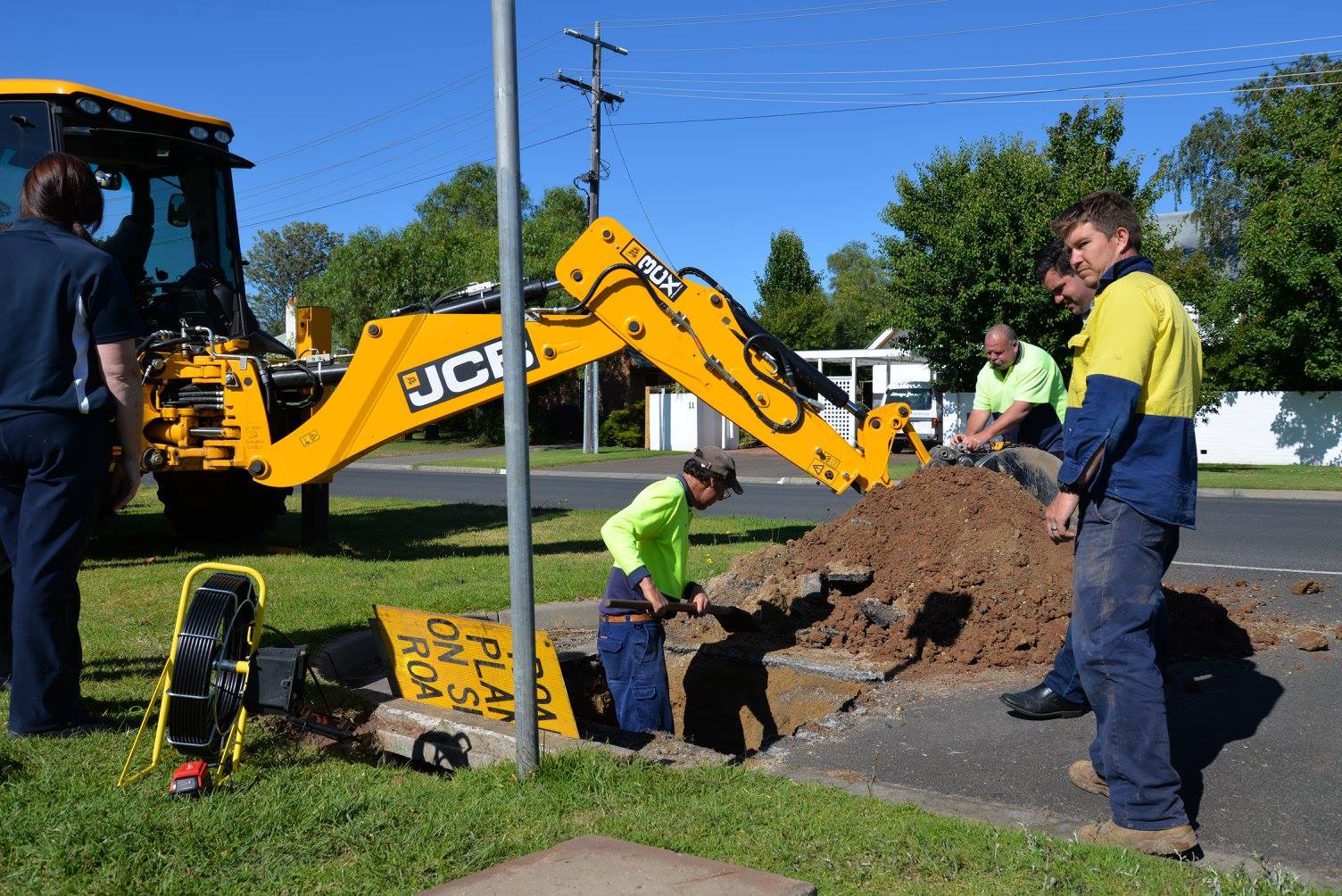 A TINY grey kitten became the focus of an almost two-day rescue operation last week after authorities were alerted to mewing in a drain.

Residents of aged care facility Wilson Lodge in Sale had reported the plight of the kitten after hearing its pleas for help.

Council local laws and roads staff and CFA were called to the scene in Palmerston St and discovered the kitten a couple of metres down the drain.

One CFA member suggested using food as a lure.

The rescue operation, however, proved far from easy.

After attempts to lure the kitten failed, investigations were undertaken to ascertain whether it could be accessed via another entrance near the hospital.

After exhausting all other options, the kitten was eventually rescued using a backhoe and a remote camera.

Peter Thompson, from Wellington Shire’s Ranger’s office, said that the situation had caused the residents some distress, but was pleased at the outcome.

The kitten was cleaned and examined by a veterinarian, and, despite the ordeal, she was in perfect health.

She is too young to be re-homed yet, but will be up for adoption soon minus one of her nine lives.