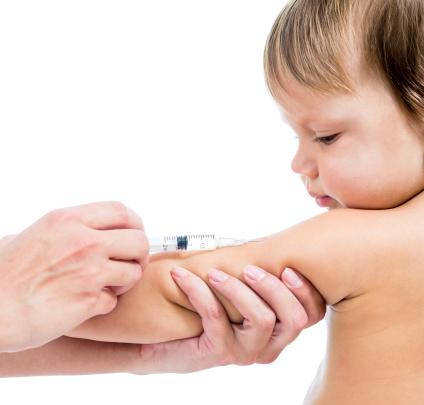 While it is important to note that overall, the vast majority of children are vaccinated, and that the statistics are less accurate when considering smaller populations, more needs to be done to ensure the safety of children.

In order to achieve herd immunity, which prevents the spread of diseases to more vulnerable people, at least 95 per cent of people must be vaccinated.

In Sale, 90.6 per cent of one-year-olds were fully vaccinated, while in Stratford, only 80.6 were.

Yarram’s rates were also low, with 87.8 per cent of two-year-olds vaccinated, and 89.5 per cent of five-year-olds.

“We promote these sessions through our Facebook page, website and the Wellington News which runs in both the Gippsland Times and Yarram Standard each week,” he said.

“Immunisation sessions are a great opportunity for families to mingle, and they are also an opportunity for parents to have one-on-one time with a qualified immunisation nurse, who can address all queries or concerns parents may have in relation to vaccines.”

The council declined to comment on the lower rates in smaller towns.

Indigenous children are particularly at risk, with immunisation rates falling since last year in the region.

While heartened by the mostly good results recorded, Gippsland Public Health Network chief executive Marianne Shearer pointed out that “to achieve the aspirational target of 95 per cent this region will require a continued focus on local community and primary care needs and services.

“We will work with all stakeholders to support and build upon the excellent work already undertaken by primary care providers to increase childhood immunisation rates in Gippsland.

The statistics are searchable by postcode on the National Health Performance Authority’s website.

Wellington Shire’s next immunisation sessions will be run tomorrow in Sale, in the Central Gippsland Health Service conference room from 10.30am, in Yarram on March 2 at the Yarram District Hub from 11am, and on March 8 in Heyfield from 11am at the Heyfield Library, and Maffra from 2pm at the Geoff Webster Hall at the Anglican Church.