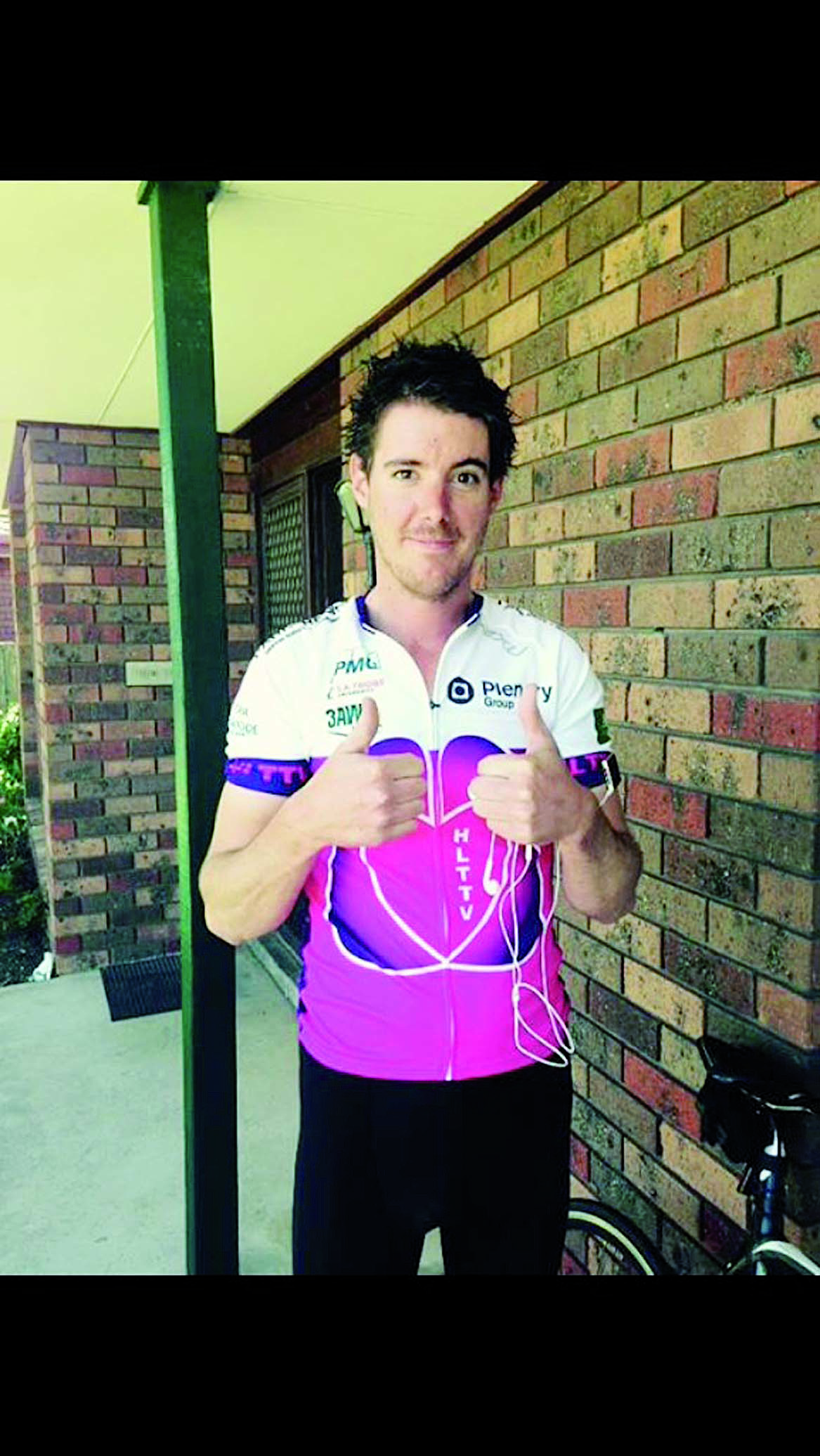 MAFFRA’S Matthew Bumpstead isn’t a huge fan of cycling, but is preparing for the 600km Tour de Transplant along the Great Ocean Road for a good cause.

The ride, which raises funds for the Heart and Lung Transplant Trust Victoria, has participants riding from Warrnambool to the Alfred Hospital, with a loop around Lorne.

Mr Bumpstead’s mother Ann received a double lung transplant three years ago, but unfortunately, because of complications, passed away a few months afterwards.

During her rehabilitation, she became friends with another transplant recipient, Rebecca Berry, who decided to participate in 2014’s Tour de Transplant.

Sadly, Ms Bumpstead’s condition worsened, and instead of cheering her friend on, she was stuck in intensive care.

Mr Bumpstead then made the decision to ride in the next one, and spent the year preparing for the ride, with support from Maffra’s Wayne Alexander.

He has now raised more than $8000 from the Maffra community, and despite his lack of riding experience, is feeling confident.

“It feels good doing something for other people.”

Over five stages, each about 100 kilometres of challenging terrain and beautiful scenery, the riders will raise awareness for their cause.

The money they raise, which at the moment is more than $90,000, will go to the Heart and Lung Transplant Trust Victoria.

They will use the funds to provide apartments for country and interstate heart and lung transplant patients.

Finding housing during the mandatory three months of rehabilitation can be extremely expensive, and HLTTV is  seeking to make the situation easier for families.

Mr Bumpstead’s successful fundraising program has involved collection tins around town, as well as an auction and nights at the Macalister Hotel.

“Every $2500 we earn supports another family for three months,” he said.

The real challenge will be completing the ride, he said.

“I’ve been training three or four times a week, it’s been hard going out by myself,” he said.

“I’ll probably sell the bike straight away after I finish!”

To donate to Matt’s cause, visit http://tourdetransplant2016.gofundraise.com.au/page/AnnBumpsteadRemembrance