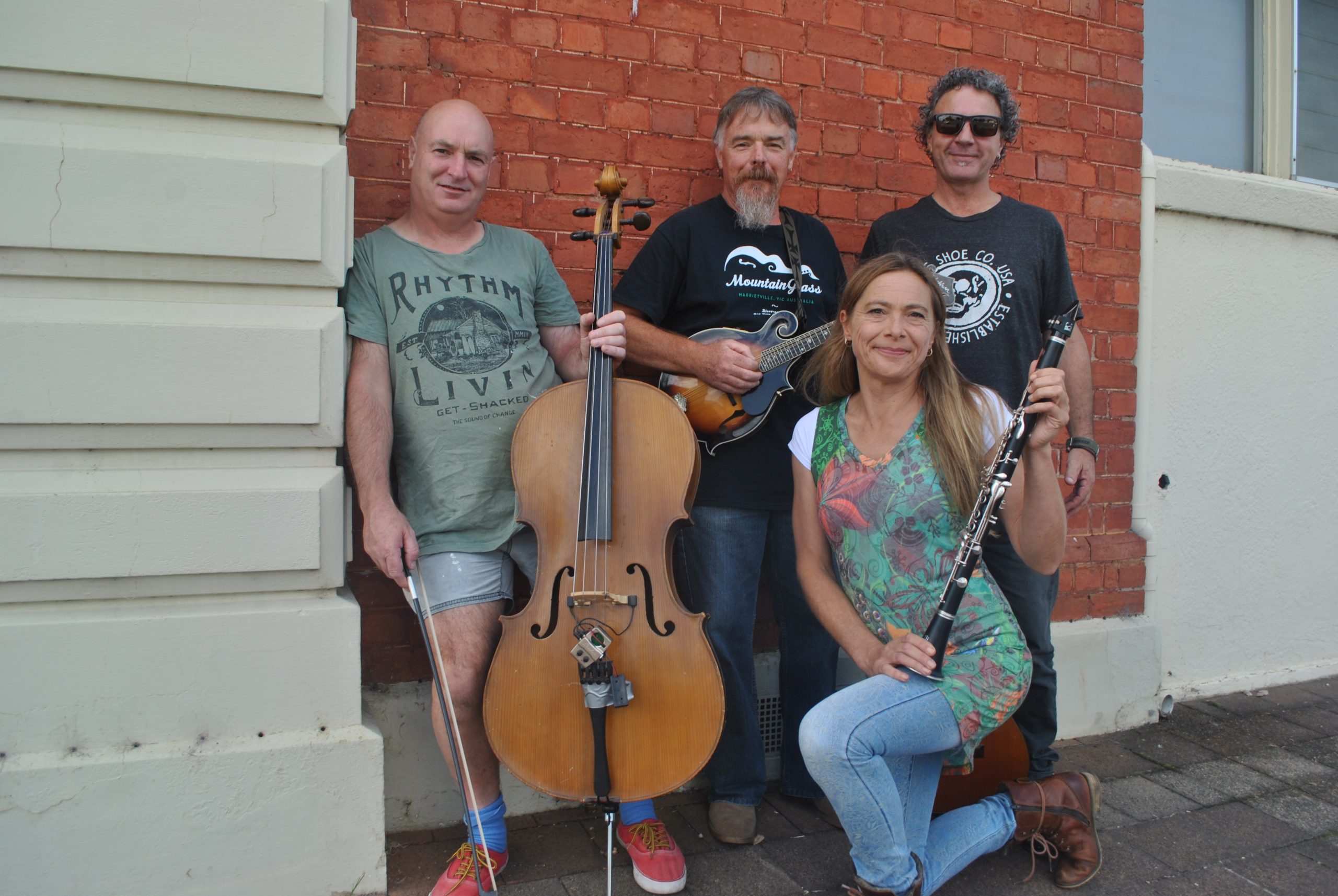 CELEBRATING original material is what Singer Songwriters Storytellers Stratford is all about.

Now in its sixth year, the group meets bi-monthly for a great night of music, singing, poetry and rapping, and in recent times there has been dancing.

Organiser Anita Hensen said she used to jam with local musicians in her shed and they discussed the idea of sharing their music with other people.

They proposed the idea of a singer songwriters night to Gavin Roberts from the Courthouse Theatre in Stratford and were given the green light.

From there, the Singer Songwriters Storytellers Stratford was born.

Anita said a dedicated team worked hard to prepare for each event and she praised the work of volunteers who pitched in to help with sound, lighting and set up.

Regular performers John Caldow and Greg Laws said the nights gave them the opportunity to share their original pieces in an open setting, while networking with other performers.

John said new friendships had blossomed and bands had formed as a result.

“The other great thing about the night is that it’s really entertaining and it’s a great variety of the local talent,” John said.

“The community’s got a lot of fabulous talent and experienced musicians.”

Performance genres range from blues and folk to pop and rock, with the focus on sharing original material.

“There’s a growing audience out there that are interested in original music and the variety that’s offered,” John said.

“We think there’s a mature audience out there who like original music and that’s what we’re seeing.

“Some of the performers do great interpretations of existing songs.

“It’s a really exciting night because there’s something for everybody.”

Greg said they were open to any kind of original performance.

“People are writing music about their life here in Gippsland, how we relate to the rest of the world,” Greg said.

“There’s all different types of people from young to old and there’s people starting to liaise with each other and bands are forming.

“There’s really exciting stuff coming out of it.”

Another regular performer, Steve Laws, said as someone who hadn’t performed a lot, he had found the environment really supportive.

“The other thing that struck me almost immediately is just the depth of talent in the region,” he said.

“Over the years the performances have got better and better.”

Anita said the night had grown in popularity over the years, and she welcomed anyone to go along to the next night to see what it was all about.

“It’s grown to a large audience and we’re also getting more and more performers,” she said.

“They keep coming back, the audience, because they just love the night.

The next Singer Songwriters Storytellers Stratford event will be held on Friday, March 18.

Performers must be aged over 15 and feel accomplished and confident enough to perform.

Each set is about 15 minutes and must include at least one original song. People can sign up on the night, first in best dressed.

Doors will open at 7pm, with performances from at 7.30pm till 11pm. Free entry.

They will also have a raffle for an artwork-decorated ukulele.

Drinks will be available at the bar and the Segue Café will be open for coffees and cakes.