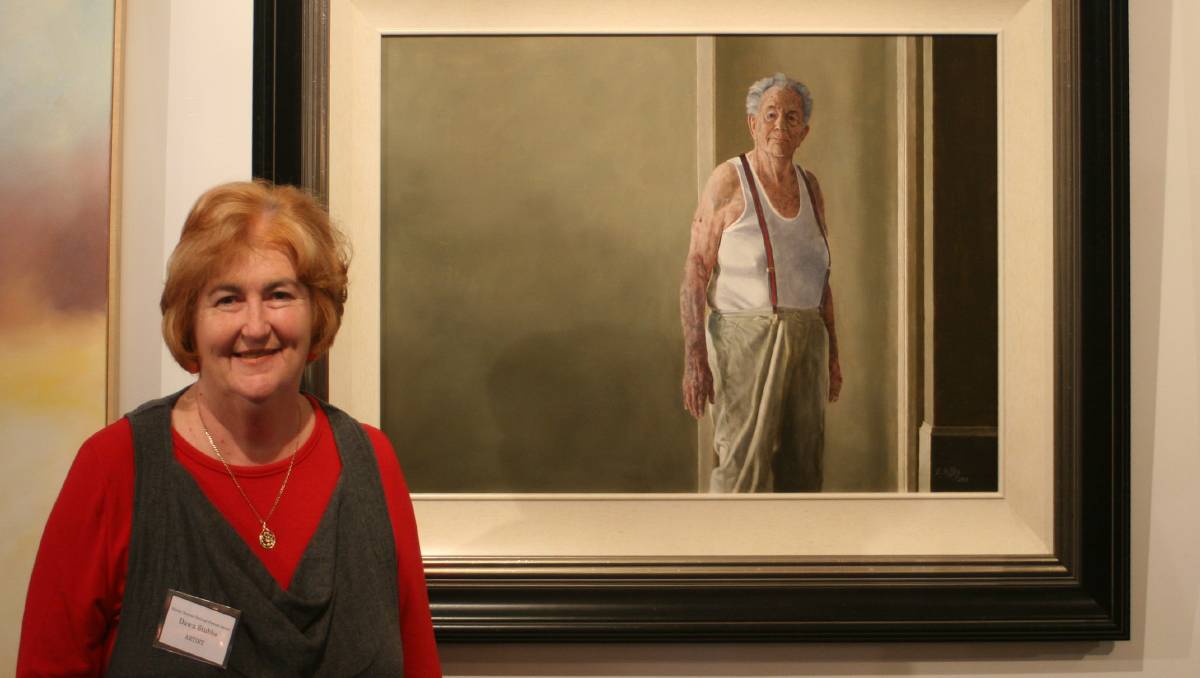 Dawn met with the outspoken representative from Kennedy in Canberra a week ago.

Following the portrait of Joan Kirner two years ago that was sent to the Archibald Prize, when the chance came up to paint Bob’s portrait, it was an opportunity not to be missed.

Although the portrait of Joan wasn’t a finalist in the exhibition, it was shown the same year in the Hidden Faces of the Archibald at the Hilton Southbank, which was attended by Joan before she passed away last May.

“A character in every sense of the word, Bob was so generous with his time,” Dawn said.

“I almost didn’t get in the door of Parliament House as I left all my ID from my purse at home, but luckily I had a brochure for the upcoming Open Studios in Briagolong Stratford.

“ A photo of me in the brochure was enough for security to let me in.”

The Open Studios is supported by the Wellington Shire and is  becoming a popular event on the arts calendar, with 16 studios open from 10am to 4pm tomorrow and Sunday.

Entry is free to all the studios, and is a great opportunity to experience how an artist goes about the process of their chosen craft.

Three newcomers to the group that weren’t in the open studios last November are Valmai Todd, a textile artist who has exhibited in Melbourne and Italy.

Valmai’s studio is in the popular arts precinct of Briagolong and is opening for the first time.

Kelly Williams and Crystal Stubbs are newcomers from the Australian Wildlife Art Galleries, on the Princes Highway in Munro.

Kelly will be opening her studio for the first time. Kelly is a fine arts graduate from Monash with a degree in metal smithing.

Kelly makes fine gold and silver jewellery on commission; many of her pieces will be on display over the weekend.

Crystal is also a graduate of Monash, majoring in hot glass, she has opened her studio in the past and is more than happy to share her art with all who visit on the weekend.

The spectacle of watching how art glass is produced should not be missed, being the only studio in operation in the region.

Sadly the price of gas has resulted in many studios working in glass fall by the way, leaving only a few isolated studios still working in the medium.

The Open Studios tomorrow and Sunday, if anything like last November’s Open Studios, will be a huge success.

Maps of the studios can be obtained from the Information Centre in Sale and Segue Stratford, the Briagolong Art Gallery, Riverstone Café Briagolong or the Australian Wildlife Art Galleries Princes Highway, Munro.