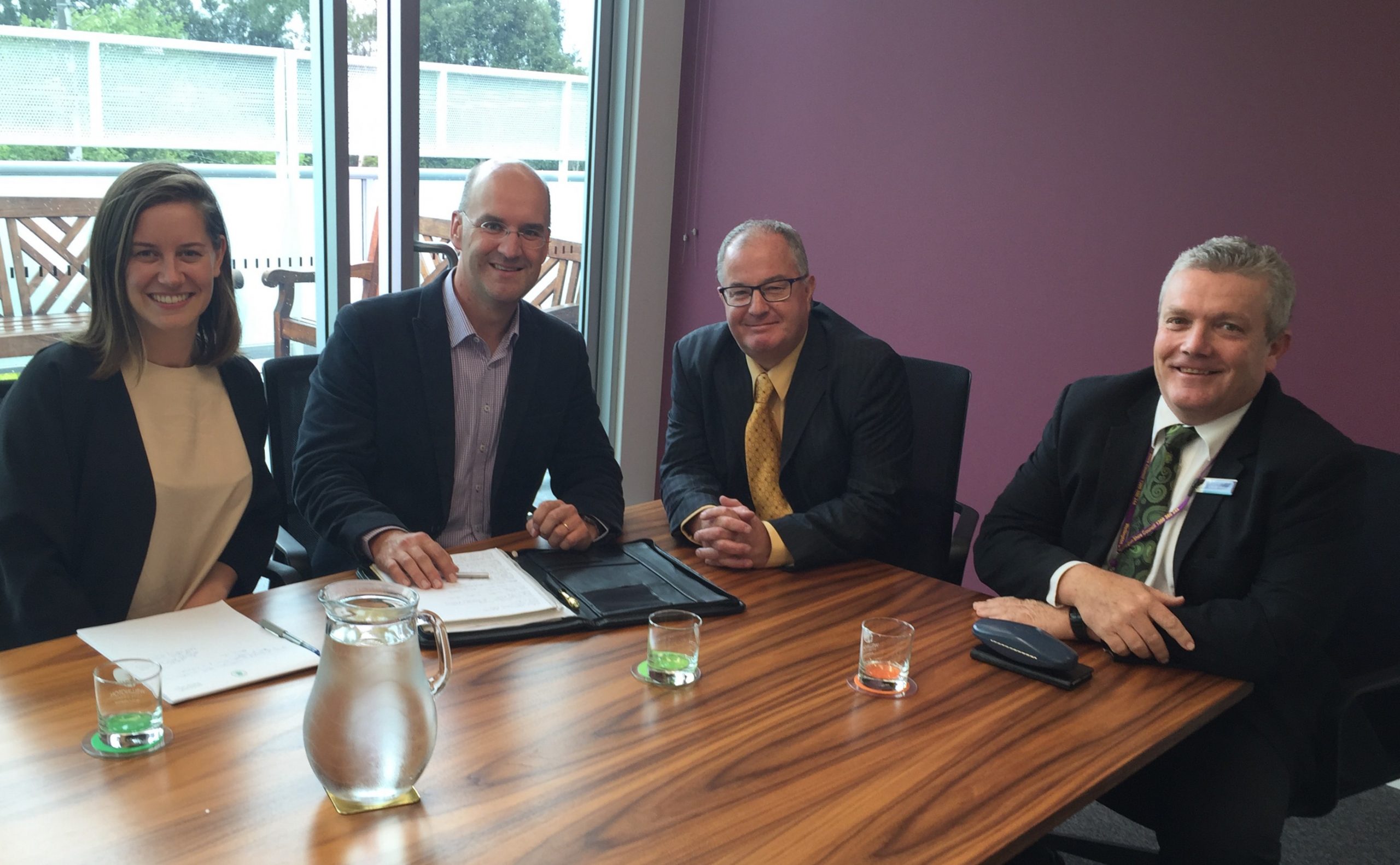 TRAINING, Skills and Apprenticeships Shadow Minister Steph Ryan has thrown her support behind the push to move the Fulham campus of Federation Training into Sale.

Ms Ryan visited Sale last week at the invitation of Nationals colleague, Gippsland South MLA Danny O’Brien, who has been campaigning for funding to facilitate the move.

“We all know in Sale there has been a long-held proposal to relocate the Fulham campus into Sale and Federation Training is supportive,” Mr O’Brien said.

“Unfortunately, the Minister for Training and Skills, Steve Herbert, is withholding $20 million allocated to Federation Training by the former Coalition government which would fund the move into the CBD.”

According to the minister, the $20 million in funding was withdrawn because the proposed merger with Federation University didn’t go ahead.

“This money was allocated to Gippsland and it should be delivered in Gippsland,” Ms Ryan said.

“Steve Herbert has sat on his hands for too long and it’s the students and people of Sale and Wellington Shire who are suffering.

“Enrolments at the Fulham campus have plunged 68 per cent in recent years and Steve Herbert is doing nothing to help reverse this trend.

“The money for this important improvement to training in the region is there he just needs to release it.”

Mr O’Brien said while it was up to Federation Training to identify a site, the former netball courts at the Port of Sale was the obvious choice.

“This is why the netball courts were moved in the first place and a new campus at the Port of Sale would bring vitality to the CBD, link into the new Port of Sale Cultural and Community Hub and provide an attractive environment for local students.

“The money is there, Labor just needs to get on with it,” he said.

While in Sale, Ms Ryan, who is also Shadow Minister for Young Victorians, met with local training providers and members of the Wellington Youth Council, including youth mayor Kaitlin Woolford, and discussed their focus on mental health and drug and alcohol issues.

“These are really important issues confronting our youth and I was so pleased the youth council is bringing a focus to them,” Ms Ryan said.

“These bright young people had plenty of ideas to offer me on what works and what doesn’t and I’ve taken away a lot from our discussion.

“It’s great that Wellington has such a bright group of young leaders coming through.”