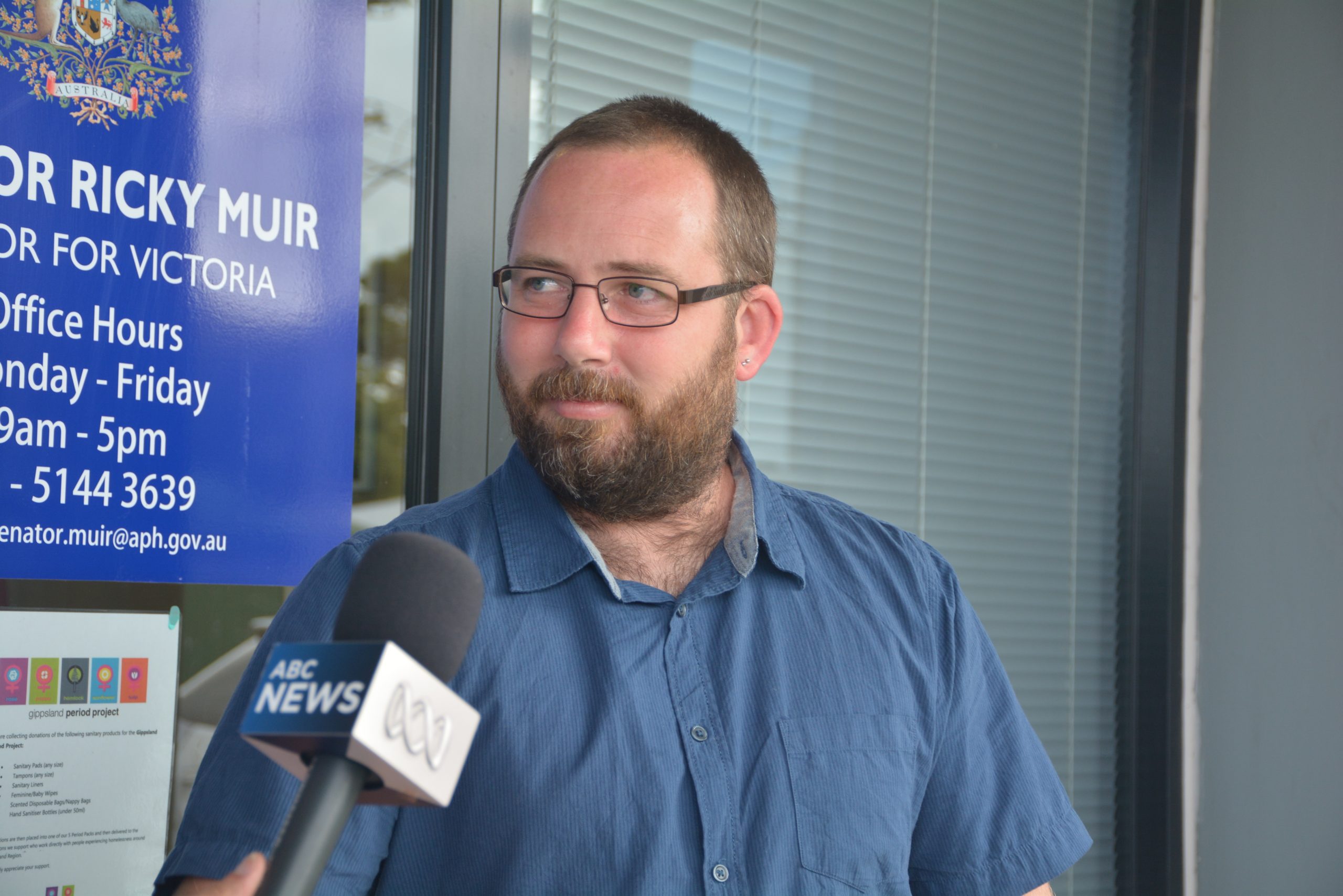 SENATOR Ricky Muir has announced he will stand for re-election if a double dissolution is called.

Speaking in front of his Sale office on Monday following an ultimatum from Prime Minister Malcolm Turnbull, the senator said he refused to be bullied by the government rushing legislation through the senate.

He blamed the Greens for forging a deal with the government in order to retain power, instead of allowing a proper democratic discussion on the bills, including the re-introduction of the Australian Building and Construction Commission, which will be used a double dissolution trigger if not passed.

“I suspected they (the government) have been looking at all their options and it looks like they’ve done their homework, they’ve been researching the constitution and how they can best try to rid themselves of a democratic senate,” he said.

The Motoring Enthusiast Party representative was elected in exceptional circumstances in 2013, after preference swapping from other minor parties pushed him into the sixth Victorian seat.

He said senate voting reforms pushed through parliament last week would make it much more difficult for independent senators, or those representing minor parties, to be elected.

The changes would mean that voters would be able to number one to six above the line, but there are fears a person’s vote would be exhausted and discarded quickly if one was to vote for anyone but the major parties.

He stood by the achievements of the crossbench, which had been labelled ‘feral’ by former Prime Minister Tony Abbott, for their ‘obstruction’ of key legislation.

“If you look at the 2015 voting results . . . around 200 plus government bills passed the senate, and only about six actually got rejected.

“But it was that six that they focused on . . . in the media, it made it seem like the senate was unable to pass any legislation.

“I think this crossbench has prevented things like the GP co-payment, has prevented the deregulation of universities, has prevented some of the more unpopular parts of the government’s agenda, and I know the people I speak to in the community are very grateful for that.”

The senator said he was proud of his achievements, but was disappointed his latest motions regarding car repair database sharing and type one diabetes benefit reforms have been overlooked during the electoral reform discussions.

“Diversity (in the senate) always has been and always will be a good thing,” he said.

“The Greens have allowed diversity to be squashed under this deal with the government, and we’re already seeing this happen.”