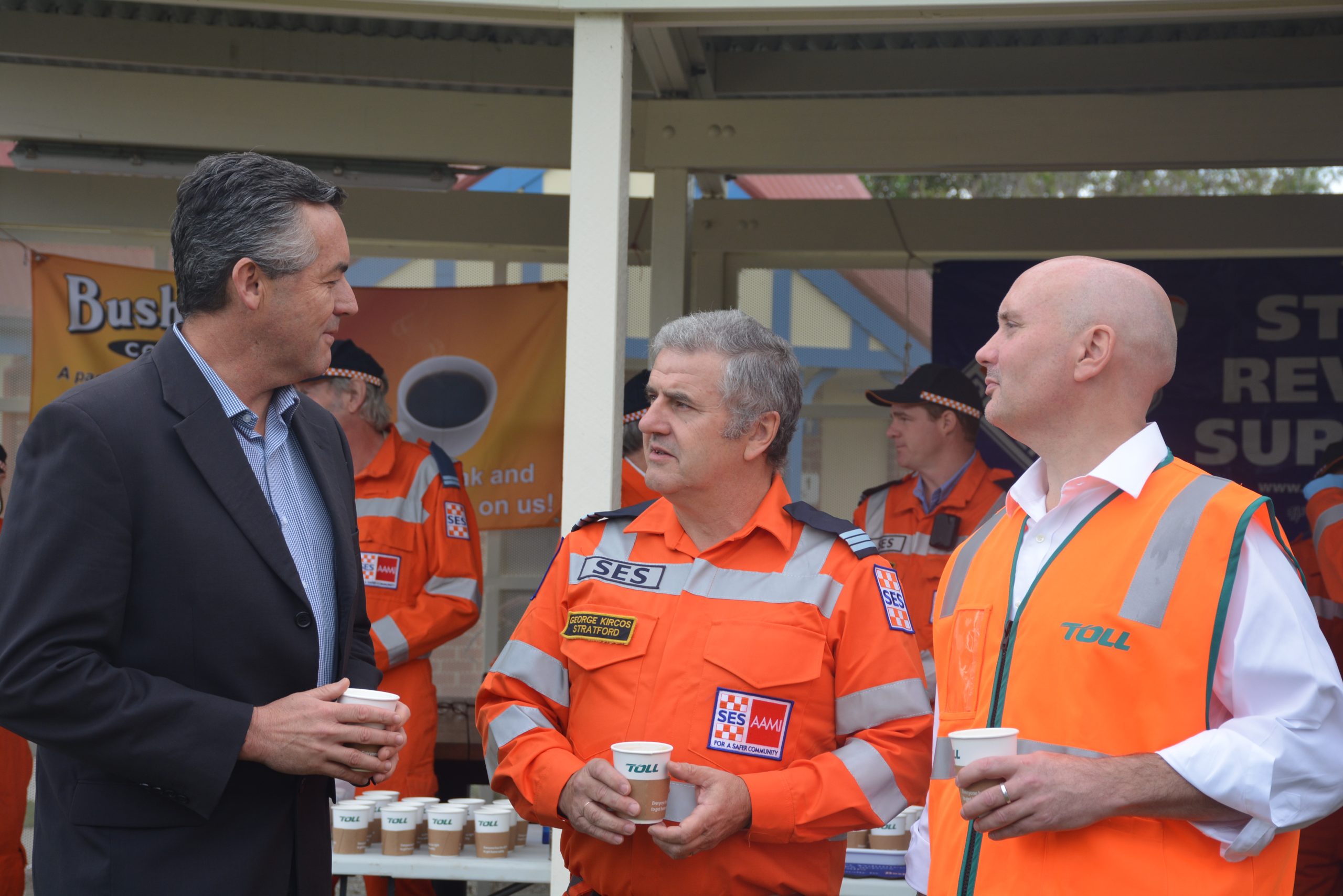 STRATFORD’S Driver Reviver stop in the town’s memorial park was officially opened for the Easter long weekend on Wednesday.

State Emergency Service volunteers, who will be working with  Stratford Lions Club, made coffee in preparation for the hundreds of people expected to stop on the way to holiday locations across Gippsland.

Senior Sergeant Jerry Barlow said all drivers had a responsibility to manage their fatigue.

“You should stop every two hours minimum, and if you can stop every hour do it, or swap drivers,” he said.

“Melbourne to Stratford is two and a half or three hours, and if you’re going on to New South Wales you need to stop at Cann River as well.”

Transport and Infrastructure Minister Darren Chester agreed, and said drivers should not become complacent about the road toll.

“If we all take some responsibility as drivers on the roads, and that means driving to the conditions, not speeding, and taking a break when you need one, it will help to alleviate or reduce the chance of any accidents,” he said.

Driving while heavily fatigued results in slower reaction times and poor decision making, which is similar to driving while drunk.

According to Toll spokesperson Andrew Ethell, whose company is sponsoring the initiative, when drivers are fatigued they make mistakes.

“Take a break before you realise you’re too tired,” he said.

The Driver Reviver stops will also allow people to stretch their legs and meet locals.

Children also appreciate a chance to burn some energy.

The SES has been supporting the Driver Reviver initiative for more than 30 years, and veteran volunteer David Smith said it was good to see people coming back year after year.

“They stop by with their dogs and their kids,” he said.

“It becomes a favourite stop they come back to every year.”

“The biggest group of people stopping are families, people who can’t afford to spend a lot of money when they’ve got a family to stop at fast food places,” he said.

“If they can find a Driver Reviver site, it’s free.”

More than 150 sites across Victoria will be running, including stops in Morwell, Leongatha, and Orbost.