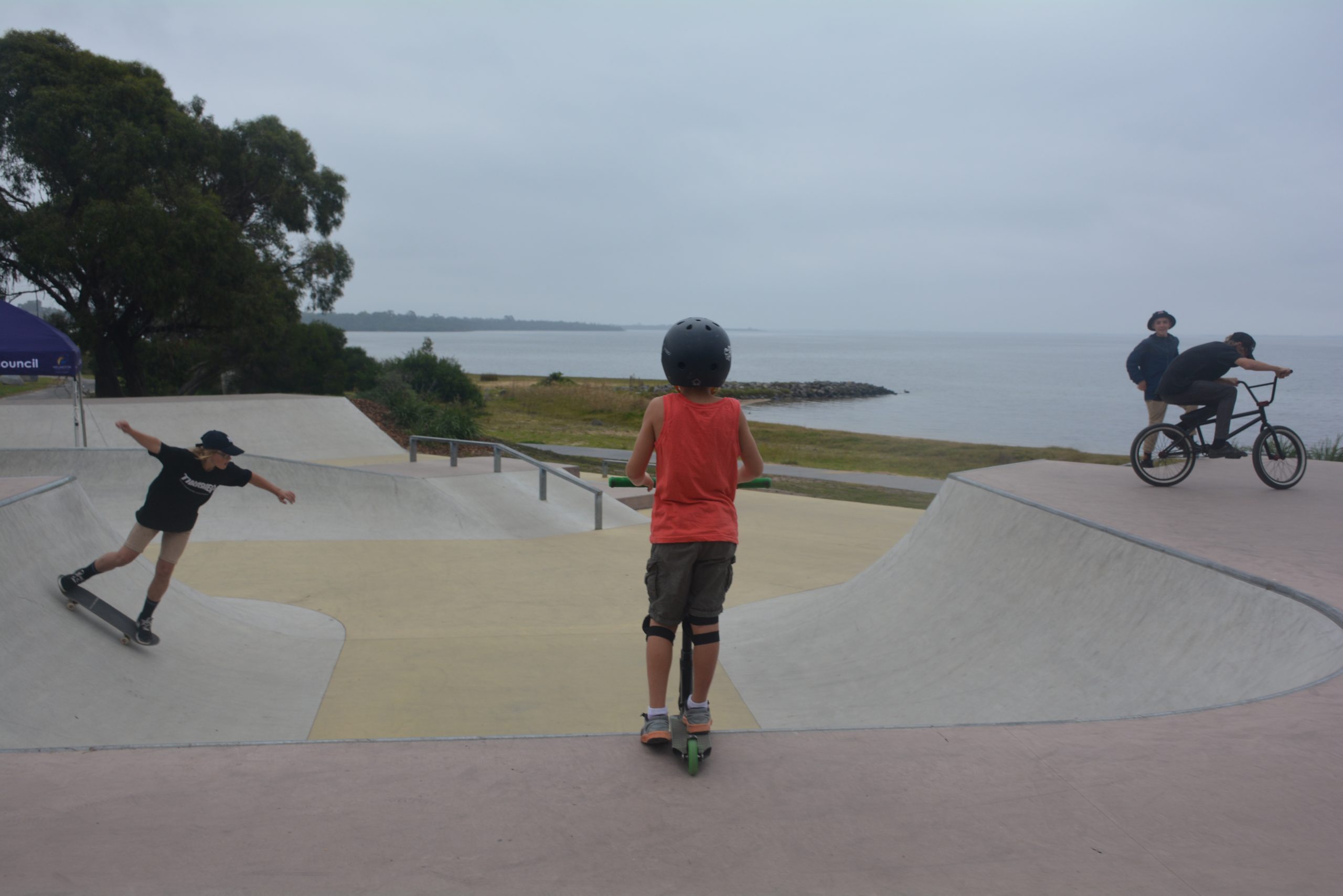 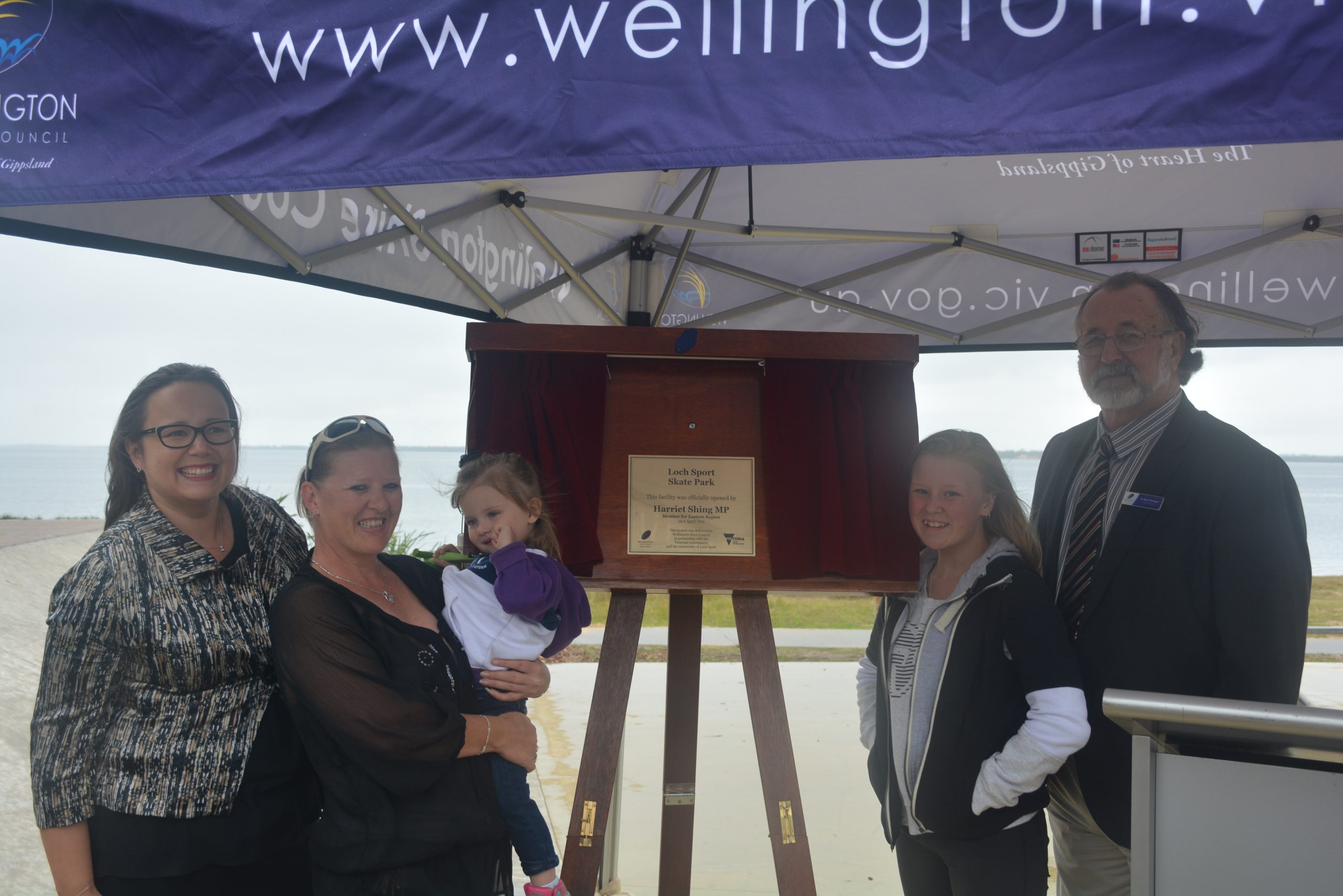 Funding for the project came from the state government and Wellington Shire, with another $10,000 from community fundraising.

The park has reportedly been busy all summer, with holidaymakers and locals enjoying the park with, according to deputy mayor Bob Wenger, the “best view in Australia”.

Eastern Victorian Region MLC Harriet Shing said that it was the co-operation between the government, the council, and the community that was important to emphasise.

She said proof of the success of the project was that the facility was busy from sunrise to sunset, and perhaps after sunset.

“It’s not just about the tourists; it’s about year- round population getting out there,” she said.

Loch Sport Community Representative Group had agitated for the skate park for years, and Beck Webb, a member of the group, said the hard work had paid off.

“It’s what the kids wanted — it took four years of nagging the council, but we did it,” she said.

“The proof is in the concrete.”

The skate park is one of several projects in Loch Sport, including a new Lions club shelter and playground, and an upgrade of the Charlies St boat ramp.