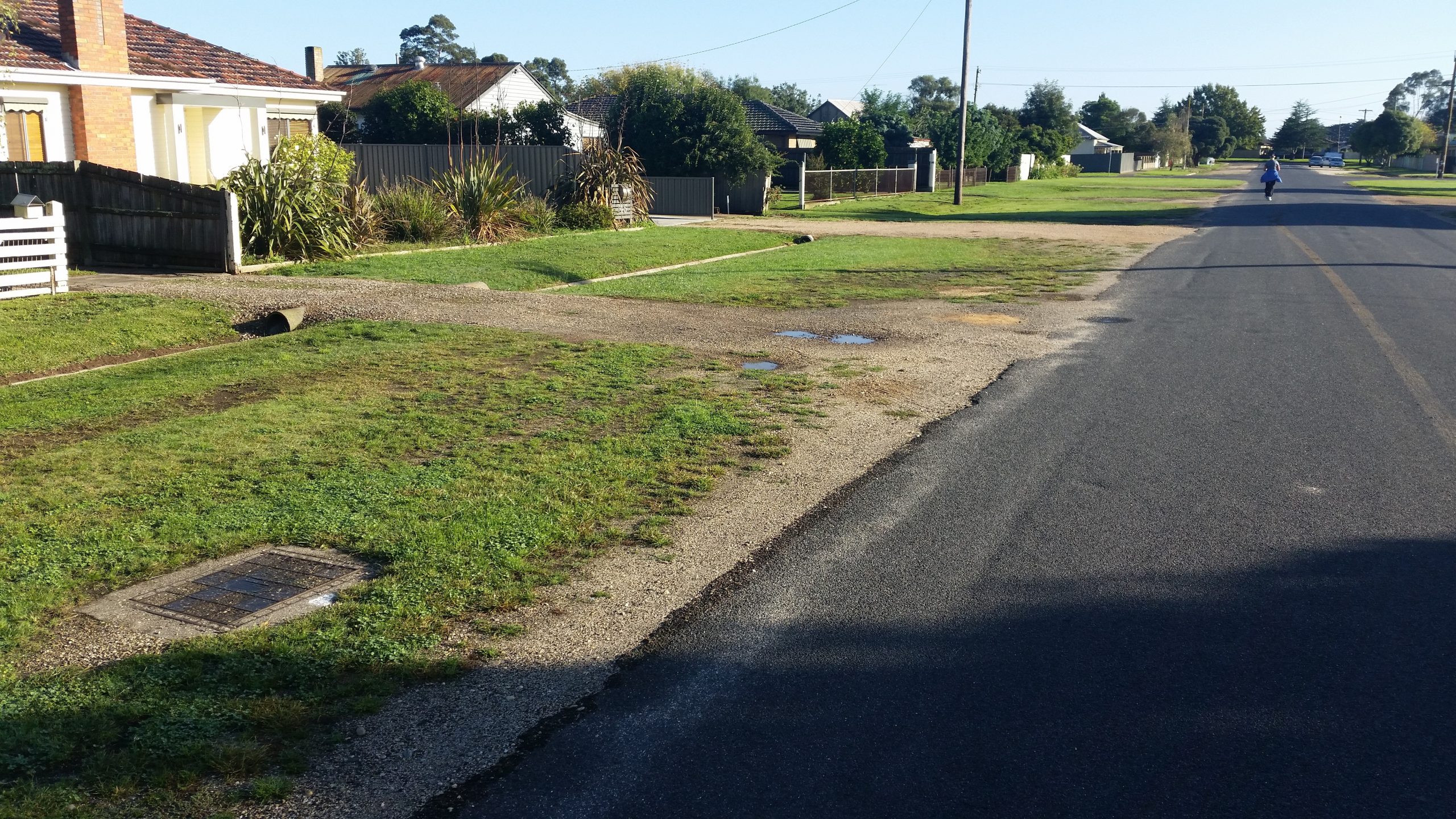 A $1.1 MILLION project to bring two stretches of streets in Sale up to standard will begin later this year.

The owners of 52 properties in the area will be required to contribute a total of $330,000.

Council will pay the rest from its share of federal government Roads to Recovery funding.

The project will reconstruct Pearson St between Fitzroy and Raglan Sts, and Simpson St from Reeve to Desailly St.

Currently, these sections have unsealed road shoulders with only the through lanes sealed and a mixture of open channel drains and old concrete kerb and channel.

Under the special charge scheme, works will include fully sealed roads with kerb and channel, footpaths and improved drainage and stormwater management.

Approval of the scheme by council followed the receipt of only one submission from property owners, which was in favour of the scheme going ahead.

Affected owners who didn’t respond were deemed to be in support.

“Having muddy pot-holes, soft verges and stagnant water filling the open drains at the front of our house does negatively impact our quality of life as well as our neighbours and any visitors to these blocks of Pearson and Simpson Sts,” they submitted.

“Pedestrians, including parents with prams or those using mobility scooters, have had no choice but to share the road with traffic when conditions are wet.

“In summer, the gravel-covered sections beside the roads create dust when driven on.”

The amount contributed by property owners will be determined based on the length of frontage onto Pearson and Simpson Sts, and the access benefit which a property receives.

Following the introduction of the council’s Residential Road and Street Construction Plan, which prioritised urban streets in need of upgrades, in 2014, property owners in Pearson and Simpson Sts expressed interest in a special charge scheme.

The vast majority of affected land owners who responded to a survey last year were in favour of the scheme.

Councillor Scott Rossetti said residents in this part of Sale had to deal with a “horrid section of road”.

“The property owners will have a little bit of disruption for a while, but they’ll actually get a good quality street with drainage, where at the moment you drive down there, it really is a bit of a struggle,” he said.

Residents who live on other substandard urban streets across the shire have been encouraged to discuss implementing special charge schemes with council.