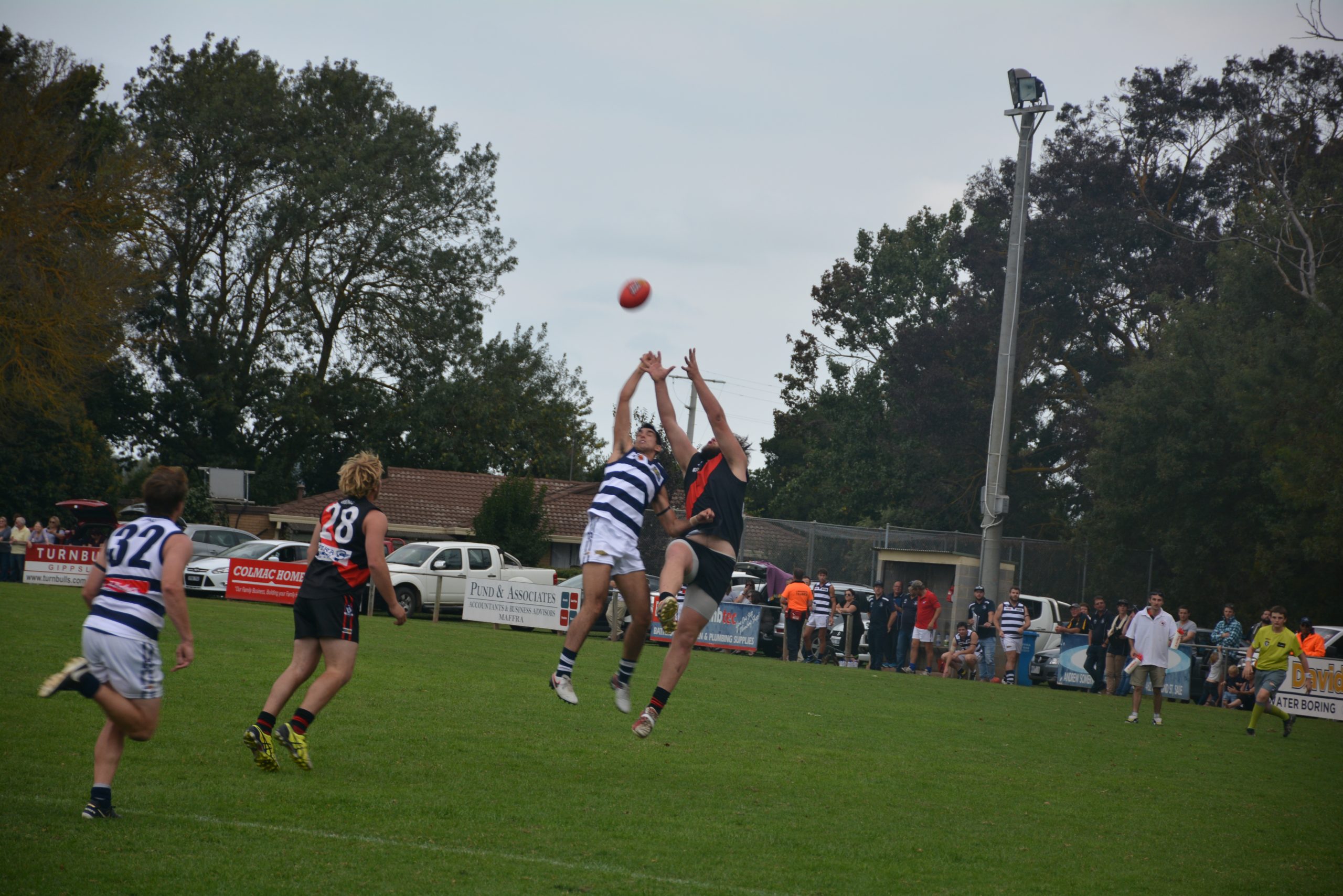 IN a dramatic twist, Boisdale-Briagolong went down screaming after a spectacular third-quarter rally against Lindenow, going down 10.12 (72) to the Cats’ 11.11 (77).

Both teams were exceptionally physical, with dozens of free kicks and 50m penalties being awarded.

After a soft first half, the Bombers were fired up going into the third, comprehensively dominating possession and kicking eight goals to one.

The visitors rebounded however, managing three goals without answer in the final quarter, winning by five points.

Liam Hurst was best for the home side, and Callan Egan top scored with four goals, while for the Cats Lachlan Dumaresq impressed with his five goal haul, and Luke Dyer was awarded best on ground with his three goals.

The home team led from the beginning, with Stratford barely able to make a dent in the scoreboard towards the end.

The Tigers’ Robert Brick top scored with three and won best on ground, while Dylan Madden impressed for the Swans.

Hopefully no more teeth were lost this round.

The momentum may have been heading towards the home side, but they were let down by inaccurate kicking, with Orbost easily able to keep their necks in front.

Alex Saunders managed four goals, his best for the season, with Thomas Smith awarded best on ground for the Blues, while Zac Svetlik was best for Lakes.