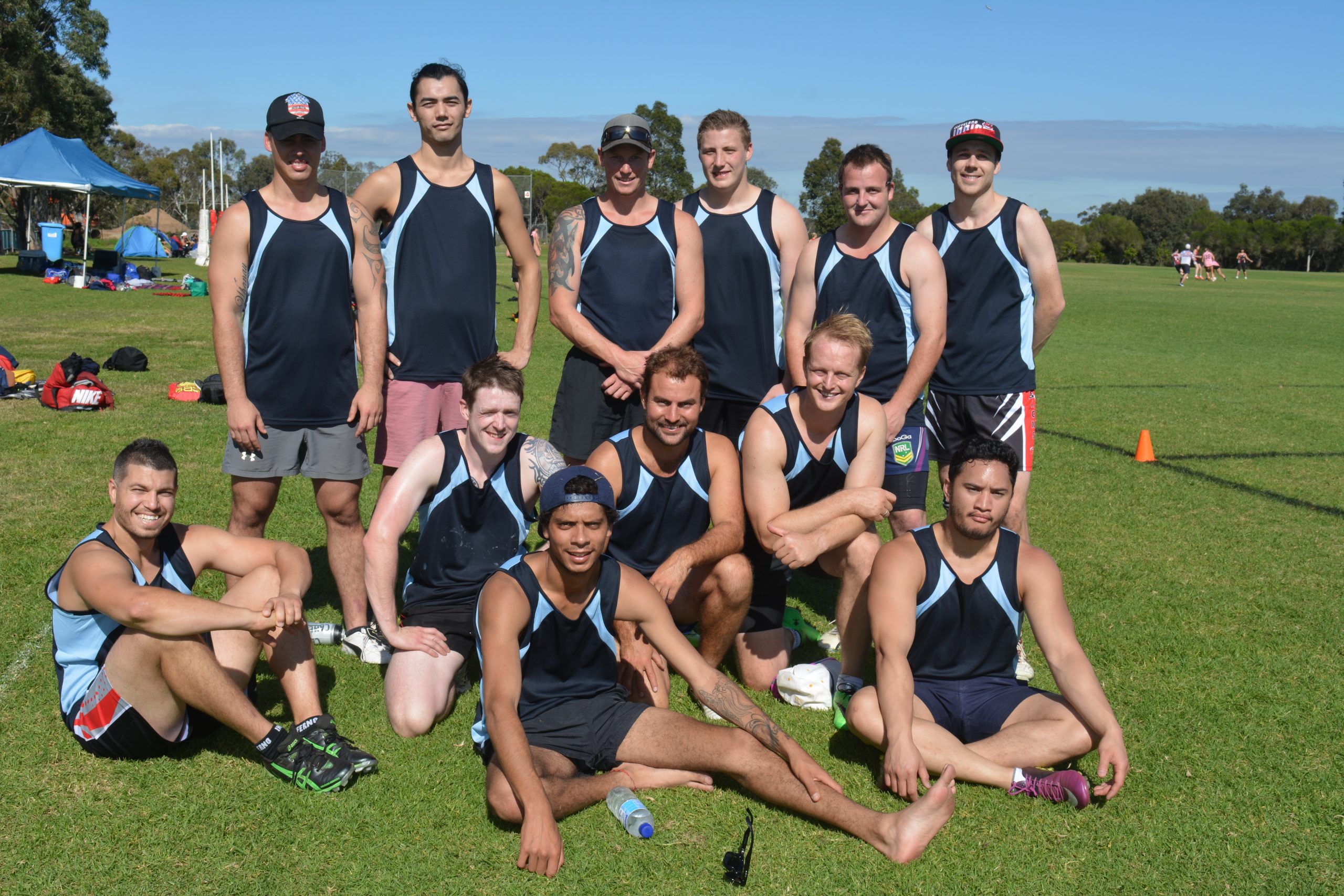 THE 16th Annual Sale Touch Knockout was held on April 9 and 10, with 60 teams competing for the prize money on offer.

Saturday was the men’s and women’s competition; Sunday was for mixed teams and because of the the large number of team entries this section was broken into A, B and Social divisions.

They then had two wins over RMRKBL and Solitary Eagles from Latrobe University with four to three and then four to two respectively.

Sale captain, Corey Siebel, spoke highly of the team with all players combining and playing great fast and aggressive touch.

Ricky Stewart and Andrew Newman were two players to lead the Snails to four wins; however, it was the winner of each pool that went on to play off for the prize money on offer.

On Sunday it was a mixed teams’ competition, with Gippsland Grammar and Sale both entering teams.

The Grammar was led by Richard Ogilvie with a great group of young and enthusiastic players. Under tournament rules each team must field three female players and unfortunately they did not have the required number.

In their first game they went down to Monash Tenderloins one to three and it was generally thought that the Grammar was “easy beats” and as such no one really worried about their failure to comply with the female rule.

This was until they then defeated Melbourne University’s Beer View Mirror with five tries to four. It was only then that this rule was complied with.

In the next game they went down to Latrobe’s Booted Eagles three tries to six and then RMRKBL with only four tries to six.

This was the first time that the Grammar has competed in the annual event.

Sale started off with a loss to Latrobe University’s Harpy Eagle going down without scoring; the Eagle made five tries.

Chad and Jalen Werahiko played in their team. Unfortunately they did not win a game; the closest they came was when they drew four all with Monash University’s Beef Patties.

Gippsland Grammar competed in Pool 2 and Sale in Pool 1.

This award is given to a player in the mixed social division for sportsmanship and general appreciation of touch.