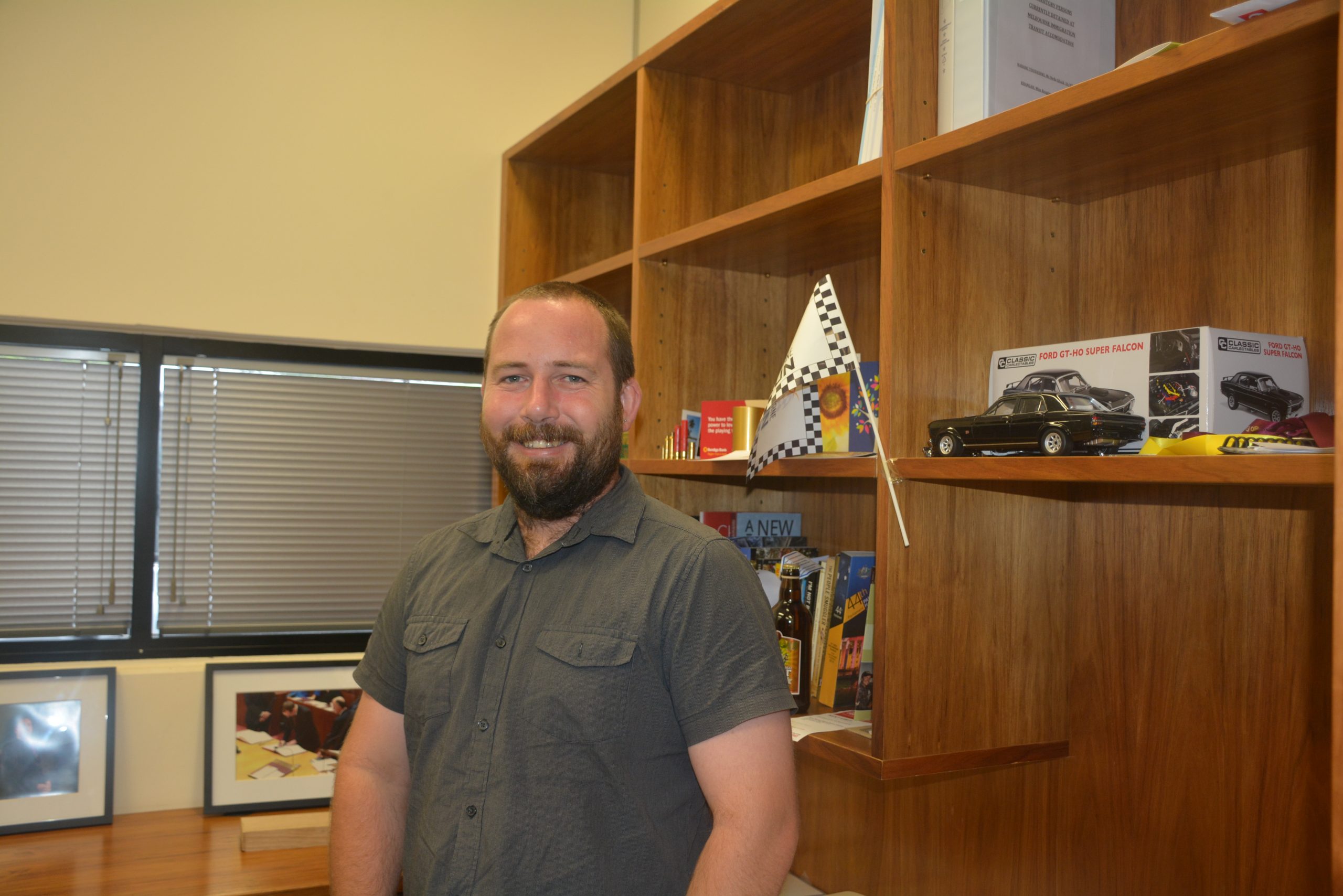 AUSTRALIAN Motoring Enthusiast Party Senator Ricky Muir said his campaign for re-election is going well so far, with his team working hard behind the scenes.

The focus of his campaign at the moment is listening to the people around him, and getting above the tit-for-tat of the federal campaign.

“The public is absolutely sick of . . . the major parties just badmouthing each other, why would I want to play that game,” he said.

The Senator held a fundraising night in Sale on Saturday.

“The whole point was a fun night, just a general chat with people in between rounds of trivia” he said.

“I don’t mind if someone wants to question me on something that I’ve done in there (the Senate) or put the pressure on.

“I might learn something and change my view on something, but you never know if you’re never out there speaking to people.”

Since the upper house electoral reforms were pushed through parliament, Senator Muir’s team has emphasised the need to educate voters on how to vote for minor parties.

This includes Facebook videos and an innovative business card, which has a how-to-vote graphic on the back, that is easily handed out.

Volunteers from across Victoria have shown their support as well.

“People out in the Mallee area came in today and offered support,” Mr Muir said.

“They had relatives down this way, they were driving through, saw the signs, pulled in, and actually registered to become volunteers to hand out how-to-vote cards on election day.”

The Senator’s team is also building a portfolio on issues he will be pushing, including holding the government to account on cuts to infrastructure and families.

While acknowledging the Latrobe Valley’s coal industry, he has agreed to speak at a Solar Council event, pushing for manufacturing jobs.

“We need to look after whatever manufacturing industry we can,” he said, taking issue with the Coalition’s “jobs and growth” slogan.

“What jobs and growth? It’s alright to say it, but where is it? We can’t just turn the switch off and let the Latrobe Valley go down the tube.”

Rural roads, the dairy industry crisis, and ensuring continued support for local industries are issues he wants to emphasise.

The loss of the schoolkids bonus, which will end in January next year, was also an issue.

As someone who relied on the money to ensure his children were equipped for school, Mr Muir described the bonus as incredibly helpful, and argued it helped the entire economy.

The ‘electoral games’ currently being played are a frustration as well, with the Coalition’s funding announcements for major projects in marginal seats raising eyebrows.

The $20 million allocation for the Macalister Irrigation District upgrade was something the Senator said he had lobbied for since he was first elected in 2013.

“They’ve got $20 million to give away right at election time, same with the ($60 million) Blackspots program,” he said.

One thing that the Senator is more enthusiastic about is the announcement of a 4WD circuit at the Gippsland Motorplex, which would provide a safe but challenging off-road course for drivers, including a mud run.

“It’s a lot cheaper than getting the bush closed off for other users,” he said. “We’re creating the venue, all you have to do is turn up, pay the insurance, and drive.”