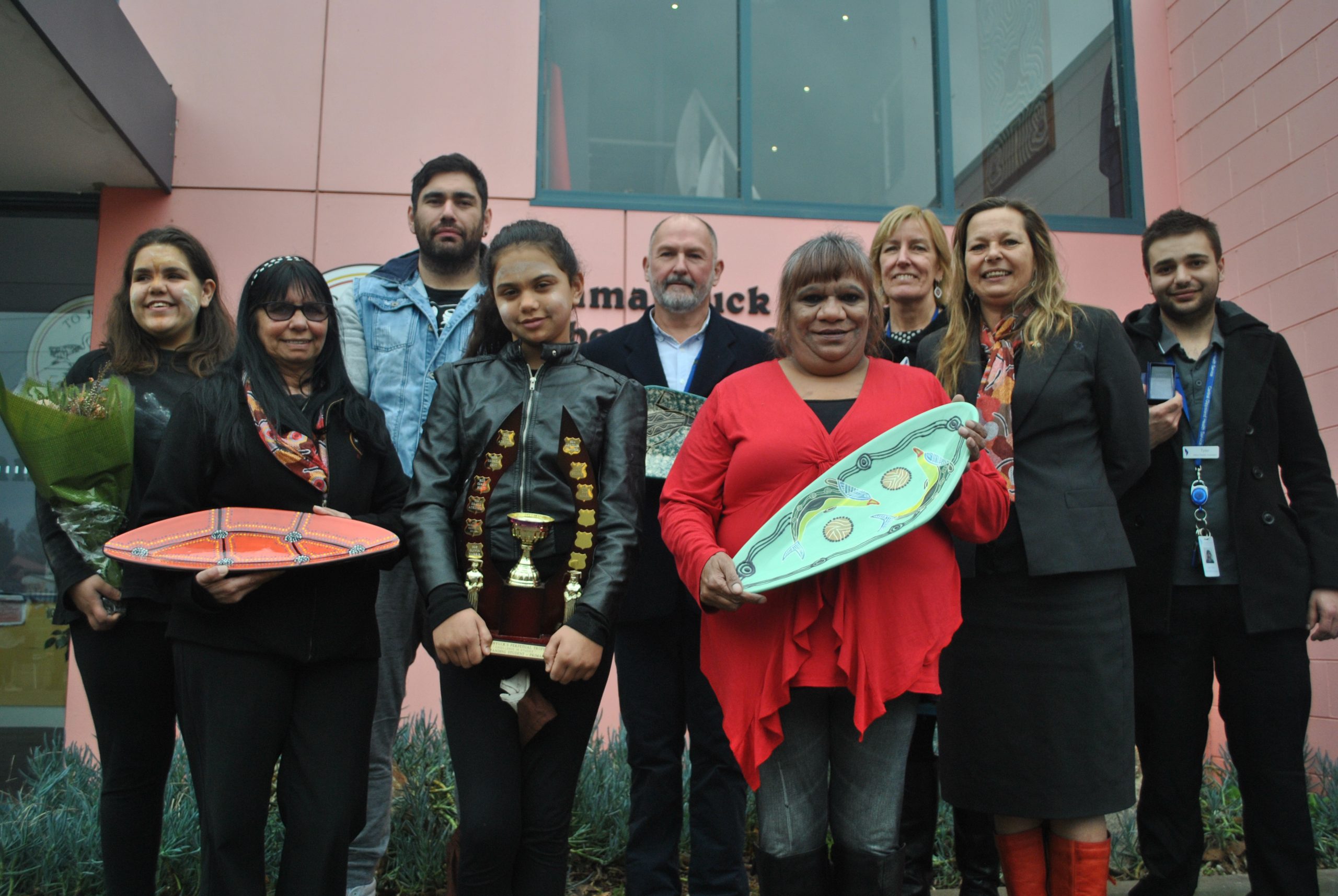 NAIDOC Week celebrations have been taking place across Gippsland this week, as locals pay respect to Aboriginal and Torres Strait Islander history, culture and achievements, and recognise the contributions indigenous Australians make.

The theme of NAIDOC Week this year is songlines, which carry a significant spiritual and cultural connection to passing customs, knowledge and ceremony for many Aboriginal nations and Torres Strait Islander language groups.

Ramahyuck District Aboriginal Corporation celebrated in Sale on Monday with a Welcome to Country ceremony.

About 100 people attended the festivities, held at the Foster St clinic in Sale.

In the spirit of songlines, RDAC board deputy chair Jodie Douthat told the creation story of Borun the pelican and Tuk the musk duck, the Dreamtime ancestors of the Gunai Kurnai people.

Cassie Leatham led a young dance group in a spectacular traditional performance, with assistance from Jayda Green, and mayor Darren McCubbin paid his respects to the first people of Australia in an address to the crowd.

Awards were presented to Jeremy Joiner for sporting achievement, Frank Evans and Mandy Pusmucans from Central Gippsland Health Service for an outstanding organisation contribution, Tyler Tilley for the youth award, Brenda Farnham for the community contribution and staff award, Araluen student Zoe Allen, 10, for the primary school award, and Cheryl Pike for the elders award.

The Australian Aboriginal and Australian national flags were raised and flown together as a symbol of solidarity, before a barbecue lunch.

Wulgunggo Ngalu Learning Place and the Department of Environment, Land, Water and Planning Yarram office celebrated their 12th NAIDOC Week with locals at the Regent Theatre on Wednesday, after poor weather forced the festivities indoors.

Latje Latje man Isaiah Johnson, originally from Mildura, accompanied with clapsticks, and said that the day was for his people, his land and his brothers.

“I was really proud of the boys; they stepped up today, showed me and everyone that they had that strong inner spirit which just poured out,” Mr Johnson said.

“We still have a long way to go, but I reckon we’re getting there as one, together.”

DELWP’s Angie Gutowski, who began Yarram’s NAIDOC celebrations in 2005, said the day was consistently well received from the public, and planned to continue the tradition well into the future.

RAAF Base, East Sale, raised the Aboriginal, Torres Strait Islander and National flags alongside one another for the first time in its history yesterday, to be flown as a permanent fixture.

The base’s indigenous liaison officer Kate Fox said the occasion was a momentous one in the base’s history, and a benefit to the community at large.

“Flying the flags is the next step to demonstrate how we want to be a diverse employer, and develop genuine and meaningful relationships with the traditional owners of the land,” Ms Fox said.

NAIDOC Week will continue until Sunday.