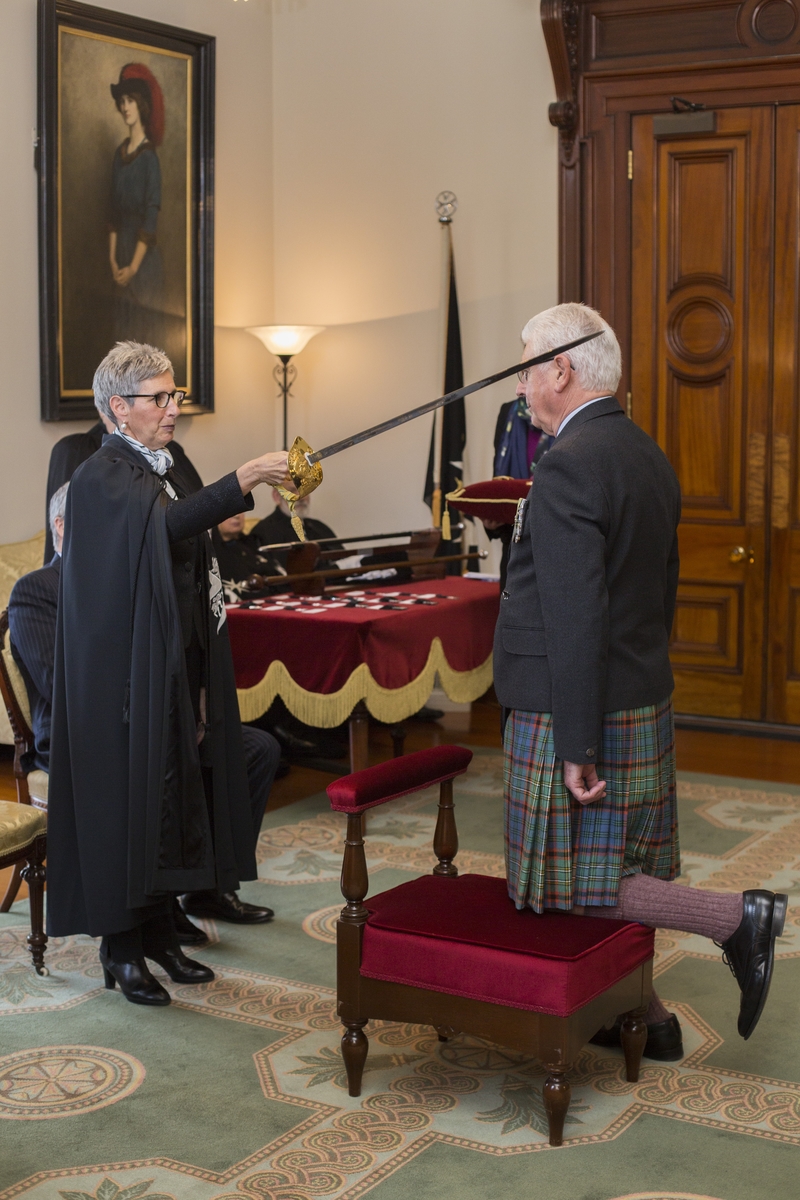 Sale doctor Iain Nicolson was dubbed a Knight of Justice of the Most Venerable Order of the Hospital of St John of Jerusalem in a ceremony in Melborune last week.

The long-serving general practitioner and ambulance volunteer was admitted by the Governor of Victoria, Linda Dessau, and recognises his years of volunteering in the community.

One of the Queen’s orders of chivalry, the gazetted order has members across the world.

It is the overarching body for St John Ambulance and the charitable work, including first aid internationally, medical assistance in places like East Timor, and an eye hospital in Jerusalem

A Knight of Justice is the second highest non-priory rank.

He worked for 10 years as a director, and is currently chairing a multi-disciplinary committee on professional development and standards.

Dr Nicolson described the knighthood as an honour.

Lorraine Glover, who also lives in Sale, is a dame of the order.

St John Ambulance is always looking for more helpers, and can be contacted on 1300 360 455 for more information.