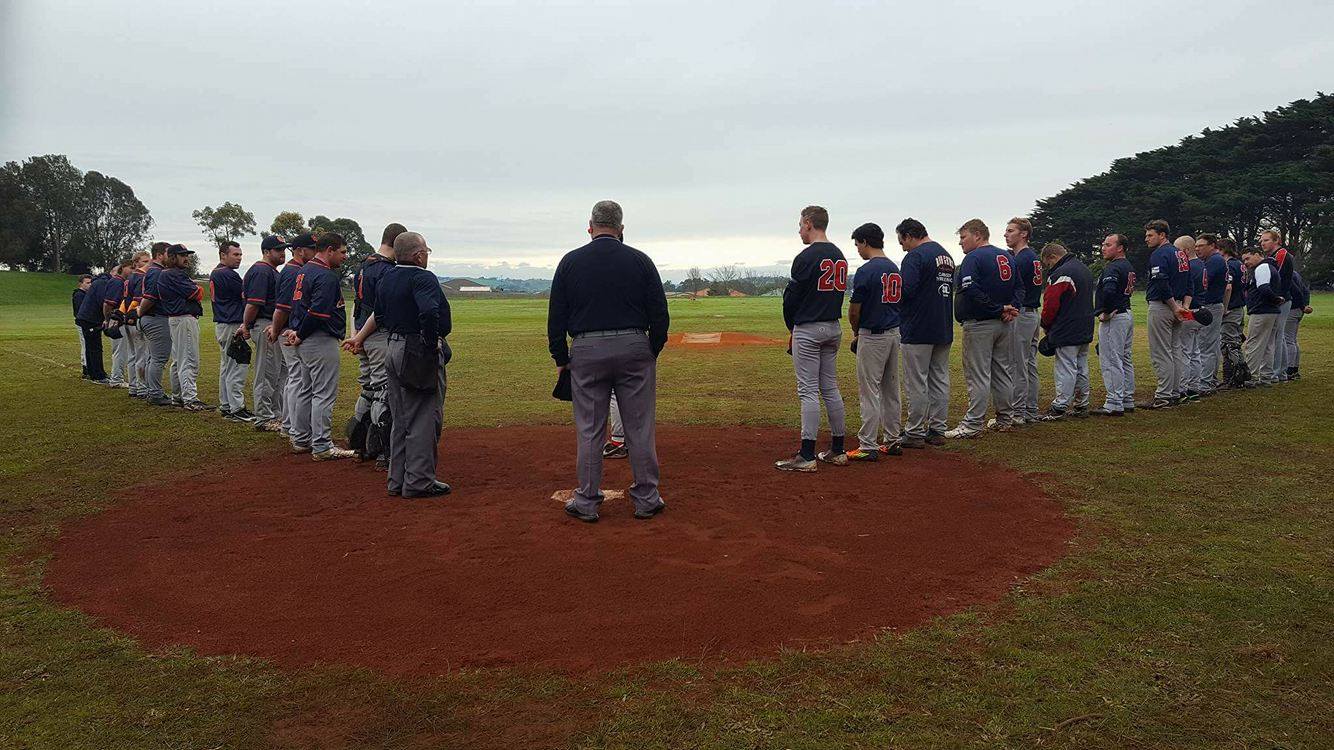 Sale Rangers Baseball Club travelled to Andrews Park in Churchill on Sunday July 3 to take on the Braves.

From early on, the stage was set for a memorable day as both junior teams recorded wins.

A Grade was a low scoring affair, with Matt Prior of the Braves, and Ranger Lachlan Wrigglesworth dominating from the pitcher’s mound.

Rangers president Justin Johnson scored in the eighth, then the Rangers held on for a hard fought 5-4 win.

B Grade suffered a scoreless first inning, but went on to have five lead changes in a five inning match.

Sale brought home five runs in the fifth, to record a 12-6 win, with big hitter Matt Fahy getting 3 RBIs from 2 hits.

C Grade was a one sided affair, with the Rangers jumping out to an early lead.

On Sunday July 10 the Rangers travelled to Leongatha to take on the South Gippsland Miners for the first matches at their newly constructed diamond.

Sadly, Morwell Cougars’ Trevor Banks passed during the week, with all teams wearing black arm bands and having a minute silence pre game.

The Miners have made leaps and bounds after joining the Latrobe Valley Baseball Association two years ago, and this is a great move forward for baseball in Gippsland.

The Miners under 13 team steamrolled the Rangers to go out 13-1 winners, a precursor of what was to come.

A Grade struggled to get hits on the board, with the Miners pitchers dominating.

After a 10 run second inning, the game was all but over.

Every Miner got multiple hits, while the Rangers only managed nine hits for the game.

After scoring three and five in the third and fourth innings’, the Miners went out comfortable 27-3 winners.

B Grade was almost the complete opposite, with the Rangers jumping out to a 16-1 lead after a 14 run second inning.

Kieran Donoghue made sure of the win from the pitcher’s mound, only allowing six hits in three innings.

There are only a handful of games left before finals; if anyone, regardless of age, is interested in baseball, phone William Hector of Sale Rangers on 0400 164 521.