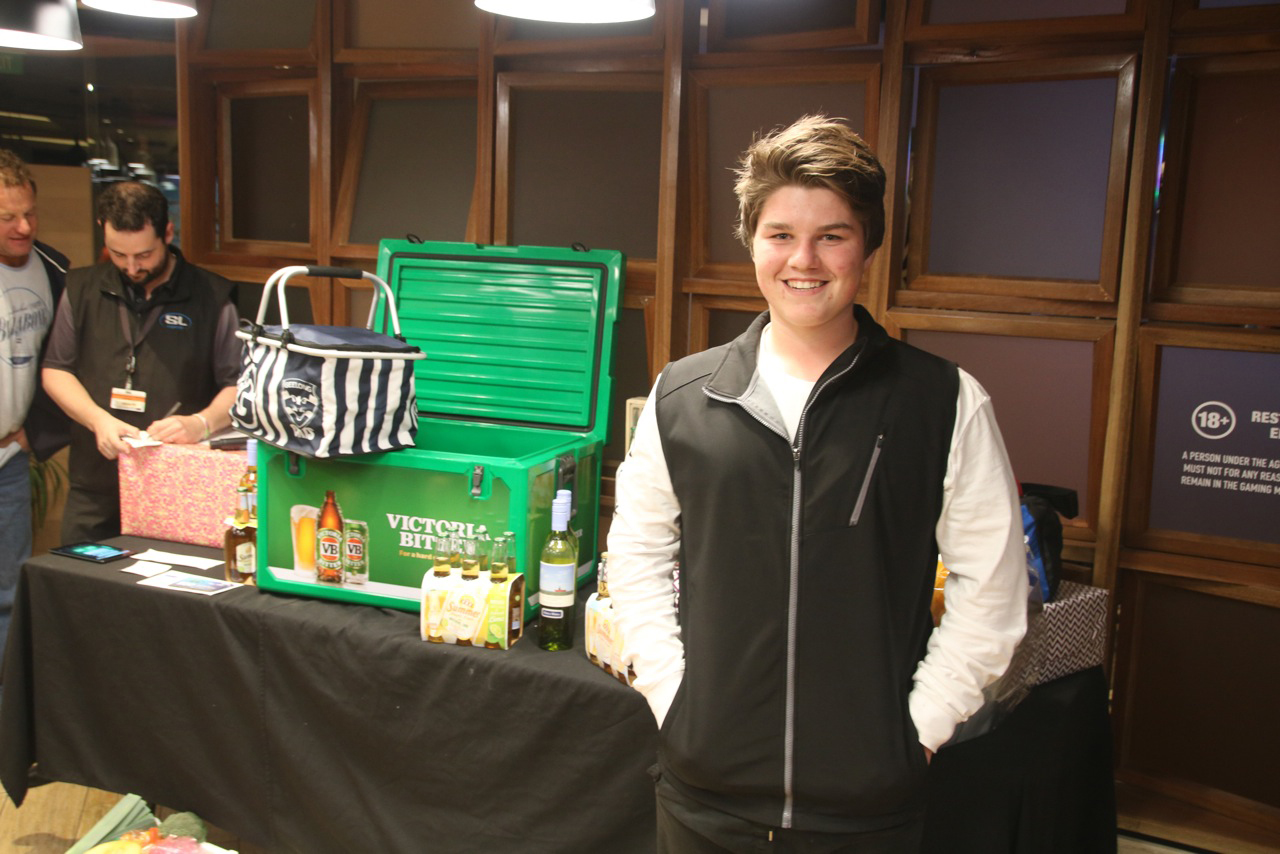 Rebecca was unable to attend because of beach volleyball training at the South Australian Institute of Sport prior to leaving for more training in France, and then on to the World Games in Cyprus.

Cody is training hard before heading off to the World Junior Motorcross Championships in Russia.

The proceeds of the raffle were divided and presented to the Australian representatives to assist with their travelling and accommodation.

Sporting Legends had previously presented both Rebecca and Cody with a cheque for $2000 each.

The Ingram and Dyce families were overwhelmed and grateful to receive this generous assistance.