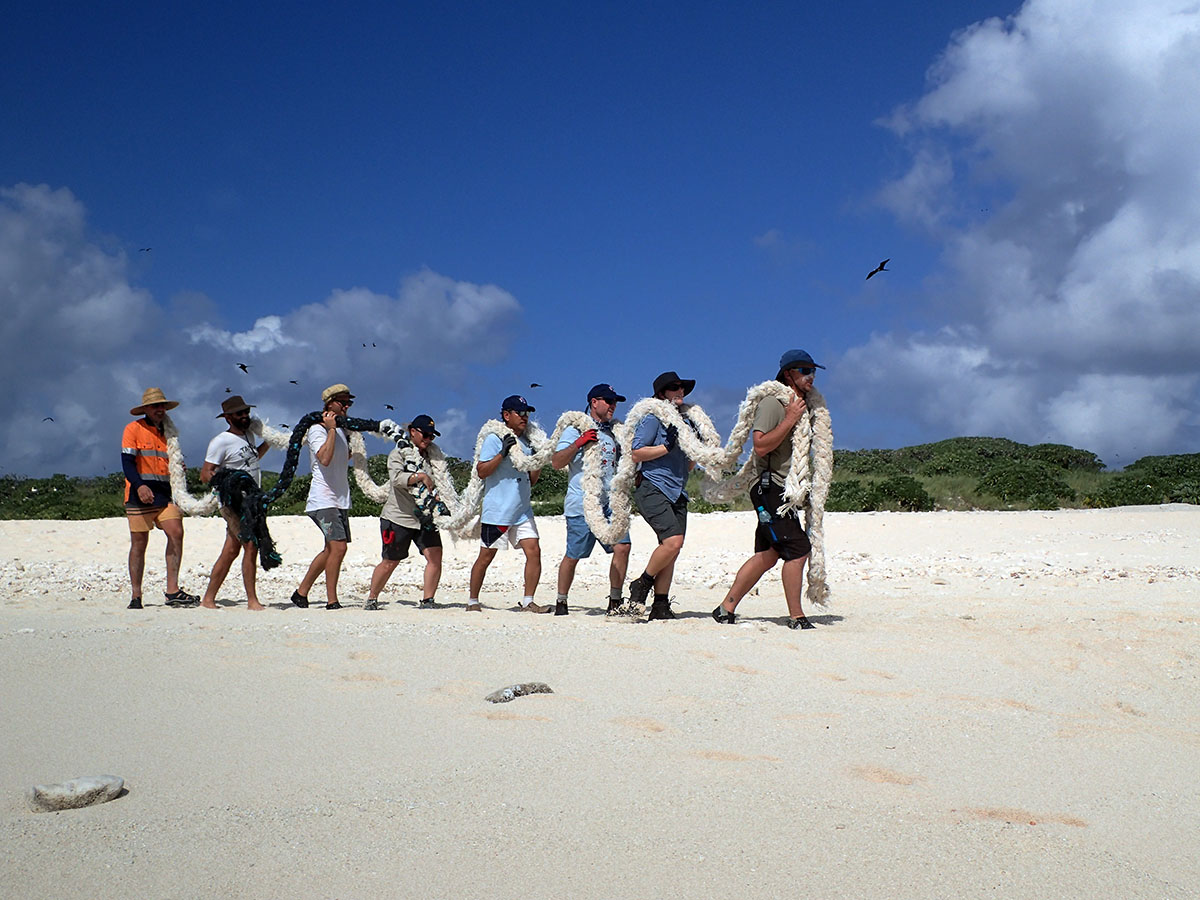 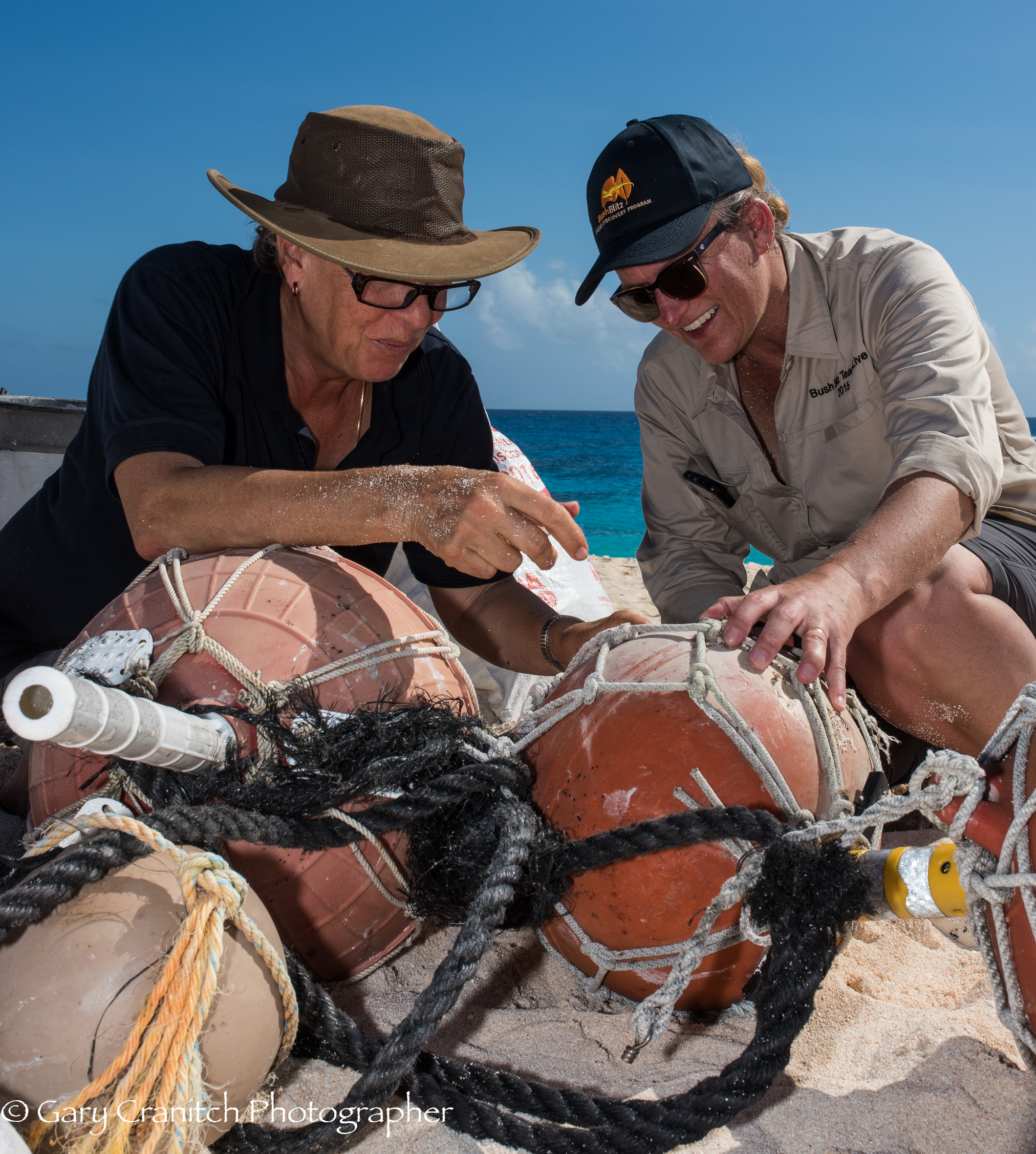 AS a marine biology student, Shellie Cashmore dreamed of being part of a research team on a remote tropical island.

The Yarram Secondary School science teacher, a former marine scientist, achieved her dream last month when the Bush Blitz team undertook a clean-up and biodiscovery voyage to the Coral Sea.

After previously missing out on an expedition on a Northern Territory station, when the Bush Blitz team contacted Shellie about this trip, she leapt at the opportunity.

“It was amazing; being in the field was always a fun thing that I liked, and getting to work with people who are passionate about their work and sharing discoveries with people is an amazing thing to be a part of,” she said.

By joining the Bush Blitz team, Shellie became part of Australia’s largest nature discovery project, which surveys plants and animals across Australia, aiming to protect biodiversity for generations to come.

The Coral Sea expedition began on June 13, and after a few days delayed on Hamilton Island because of poor weather, 27 hours in two metre swells, 40kmh winds and several bouts of sea sickness, Shellie and the Bush Blitz team reached the first of four remote islands in the coral sea.

The cohort was split into a biodiversity team to document plants and marine life, and a marine debris clean up team charged with retrieving more than two tonnes of micro plastics from the ocean and cataloguing the waste.

Shellie, one of two teachers on the expedition, was chosen to work closely with the biodiversity scientists as part of professional development and to learn about sampling techniques, so that she would be able to relay the information back to her students.

“Before we left, we set up lesson plans on the Bush Blitz site, and while we were away, the students were accessing the lesson plans, participating in the classroom, following along with the blog and we had a couple of times where we could use Skype to talk to the kids along with the scientists,” Shellie said.

The collection of islands, about 450km off the coast of Cairns and close to the edge of the continental shelf, are in near pristine condition, boasting biodiversity seldom seen by humans.

The undisturbed islands provide a haven for seabirds to successfully breed, with the team finding several important nesting grounds.

“The bird life was just spectacular, they were all in different stages of nesting; they definitely were a highlight for me,” Shellie said.

“On one of the islands we found some geckos, and it was the first time a land-living reptile has been recorded on the Coral Sea Islands.”

The female-only gecko species population was just one of many exciting biological discoveries recorded during the expedition, along with what are believed to be a new species of spider and a previously unseen type of soft coral.

Back on the mainland, with months of detailed identification work ahead, the attending scientists cannot currently confidently confirm which species they have collected, whether they are species new to science, or just unique to the Coral Sea.

Shellie is planning to integrate what she learnt from the scientists back into the classroom.

“We’re going to look at going and doing a Bush Blitz ourselves somewhere, maybe Port Welshpool, and completing a survey,” she said.

“I think it’s important that the kids understand that absolutely every insect, animal and plant has a place within the environment they’re all important and we need to look out for all of them,”

“I think it’s too easy for people to squash the spiders and kill the snakes because they’re encroaching on a home, whereas if you look at the bigger picture, you can see that they’re all very important.”

Shellie hopes that her work in biodiversity will inspire some of her students to consider careers in the field.

“These scientists are doing exactly what the kids love to do, but they’re getting paid for it, so it’s important for the kids to see there’s jobs out there that they can do that they will actually love.”