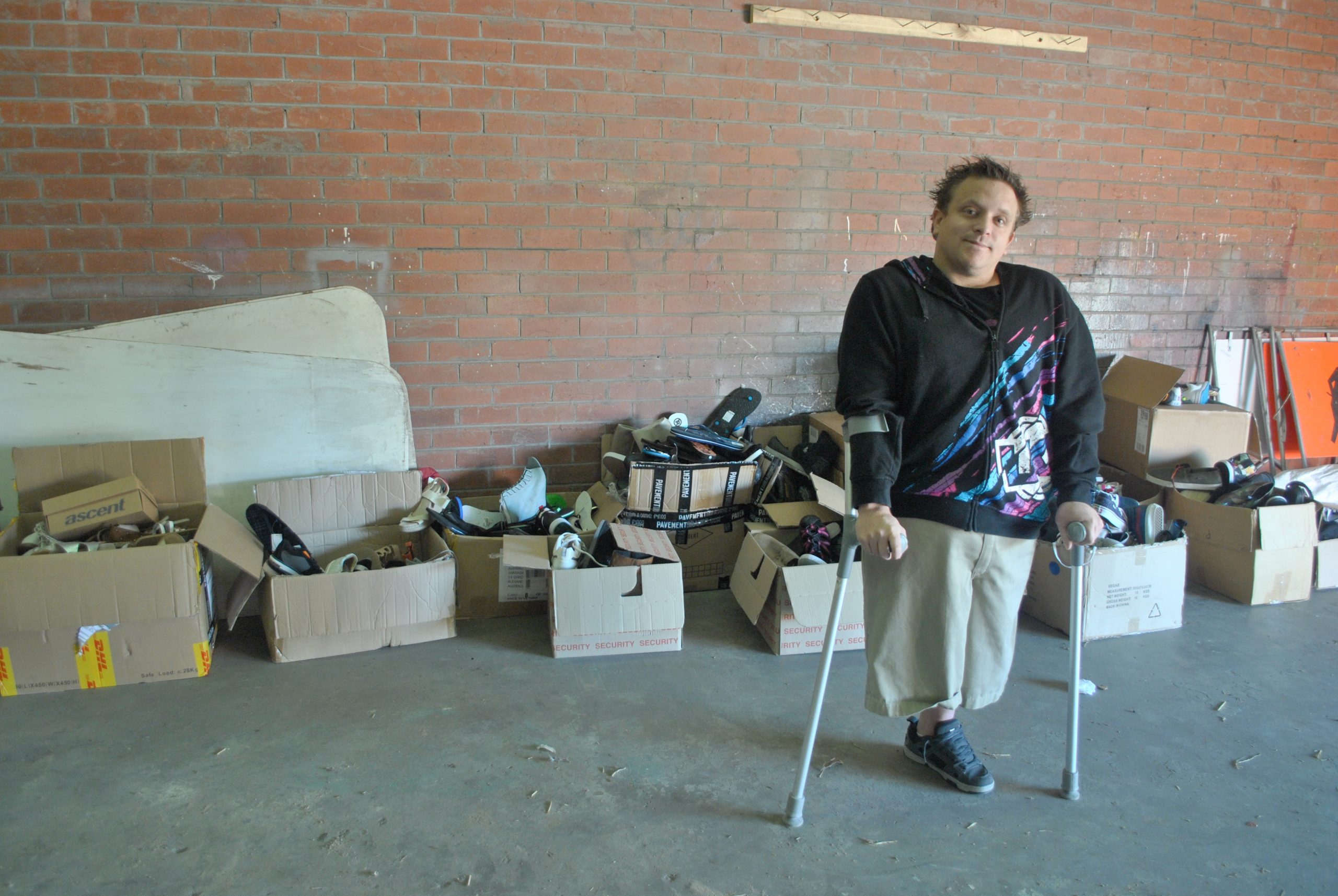 MORE than one thousand shoes, piled up and spilling from cardboard boxes, await new owners in a back alley storage shed in Sale.

Jack Parker, who loans the shed, is attempting to solve a niche problem many amputees face.

Jack lost his right leg to neurofibromatosis in 2008, a condition where his body began developing multiple tumours.

Claiming to have expensive taste, Jack found it frustrating to buy two shoes, only to throw away the right one.

After realising there must be others in the same situation, he decided to found ‘Swap Shoes With Amputees’, a Facebook page dedicated to providing amputees singular shoes.

“The shoes are all free, and people can have as many as they want.”

Several companies and organisations have donated shoes, which Jack painstakingly sifts through, photographs, uploads, and sends to destinations throughout Australia and internationally.

Jack said the work was well received, but lacked momentum.

“Everyone’s been pretty positive about it,” he said.

“It has its times where it really gets going, but then it dies down a bit.

“I’d really like to push it, get it going, because it just has great potential.”

Jack borrows a storage shed from local businessman Leo O’Brien, as the cost of his own shed is simply too much.

“I’d love to put money into (a new shed), but that and just trying to live at the moment, it’s just all a bit hard.

“At the least, I definitely need to get new storage boxes for (the shoes).”

Robust, clear plastic tubs that the shoes could be sorted into would make the task much easier for Jack, but currently aren’t a financial possibility.

In recent times, Jack has considered ceasing the project, citing the mental strain of managing the Facebook page and financial burden of maintaining a storage shed as contributing factors.

“I’m having trouble keeping it going.

“I need people to know that we’re here, and we can help.”

Those who would like to support Jack in his cause may directly message his Facebook page, ‘Swap Shoes With Amputees’, or phone 0423 365 774.