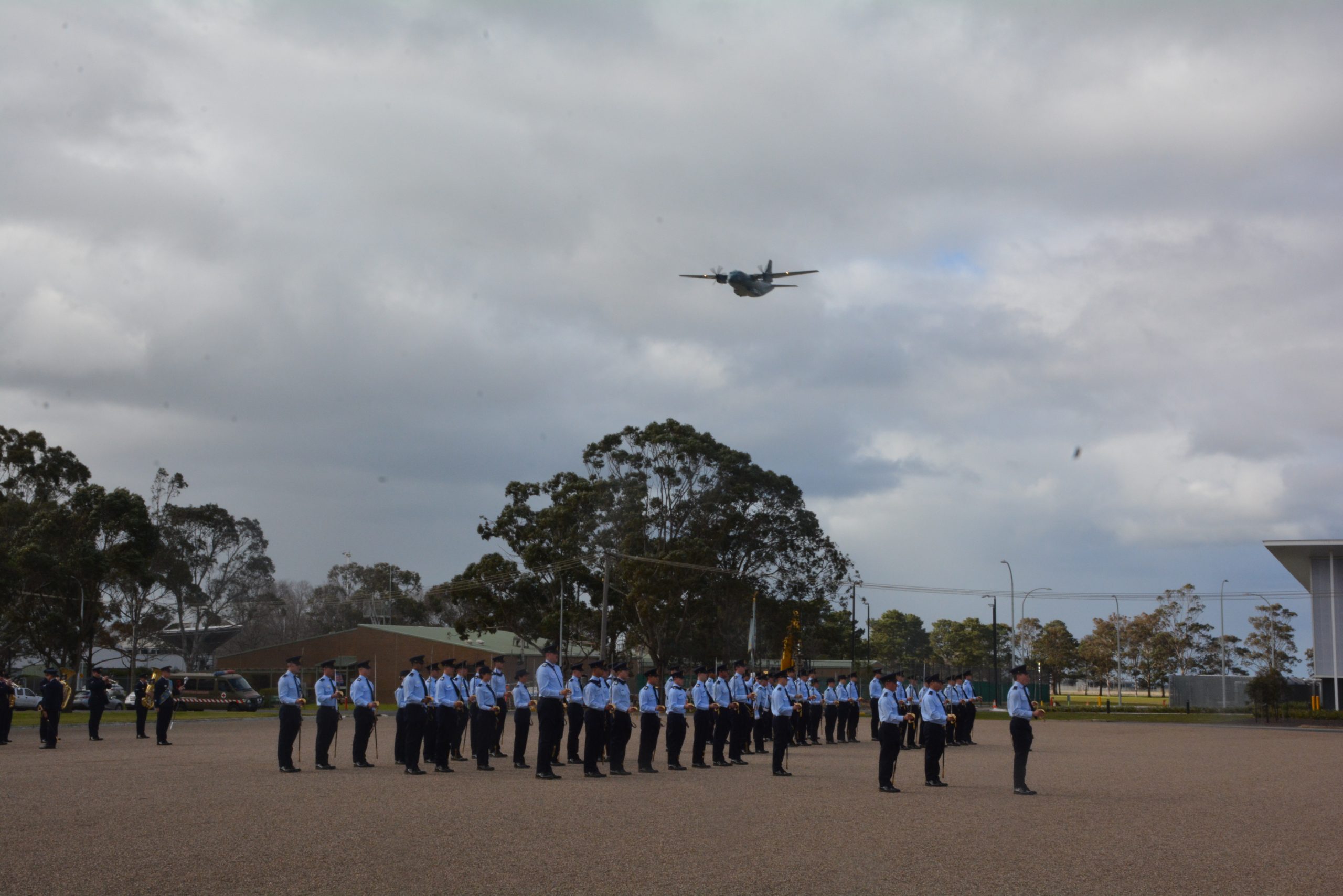 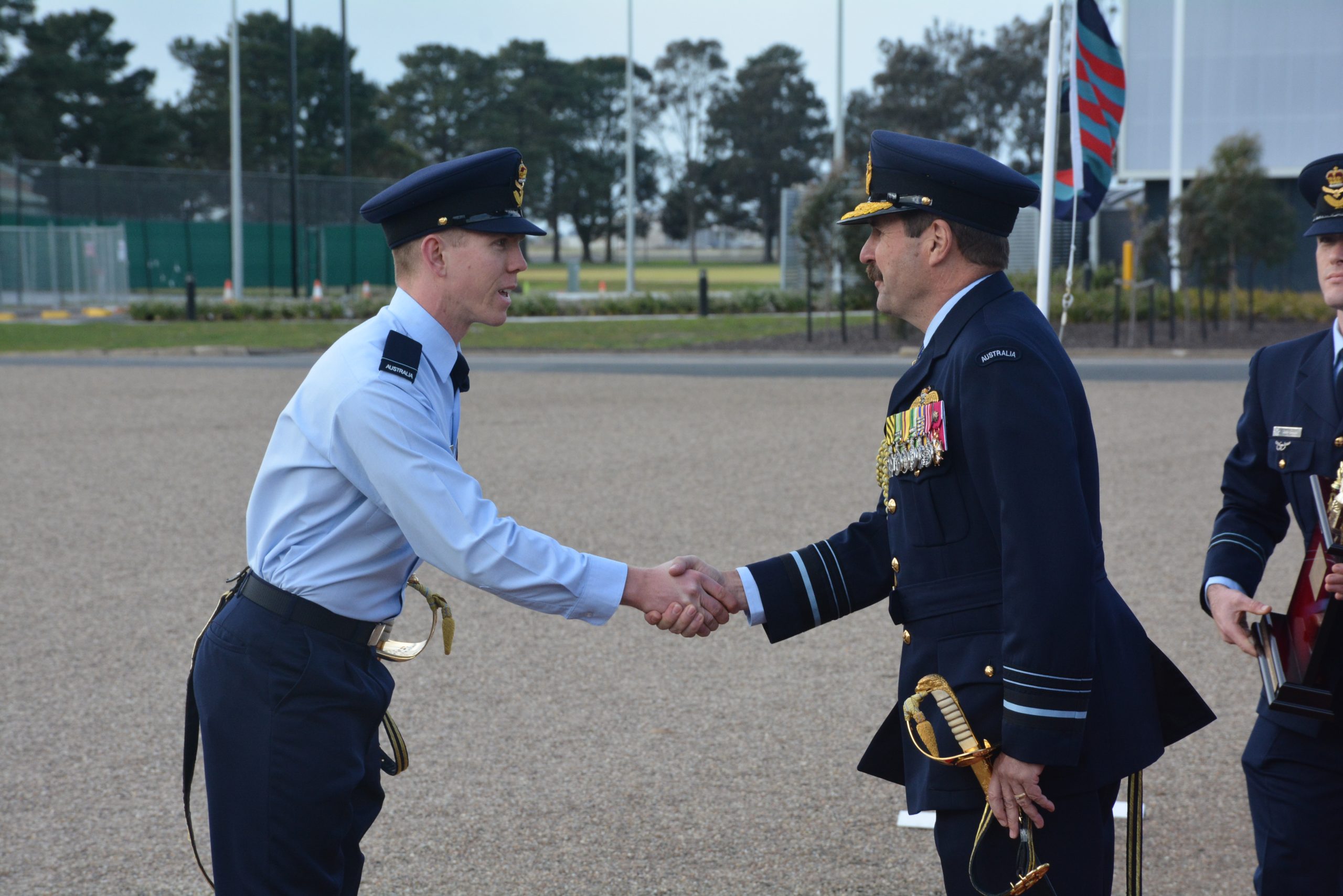 THE RAAF’S newest Air Force officers celebrated their graduation from the Officers’ Training School in a military parade last Friday; the culmination of 18 weeks of intense induction training.

The newest aeroplane brought into RAAF service, the C-27J Spartan battlefield transport aircraft, conducted flypasts over the base and township of Sale, down to an altitude of 75 metres for the parade; the first time the C-27J Spartan had been used in a military service at RAAF Base East Sale.

To mark the occasion, the Chief of Air Force, Air Marshal Leo Davies reviewed and congratulated the 53 graduates on their success and on their future careers as the next generation of RAAF leaders.

Awards for outstanding achievements were presented by Air Marshall Davies to students who excelled during training.

Officer Cadet Charles Groves was awarded the Leadership and Military Qualities Award for demonstrating the highest standards of performance across all facets of training, the highest award a student can earn while on course.

Officer Cadet Groves is excited at the prospect of a lengthy career in the Air Force, and will soon be posted to the Basic Flying Training School in Tamworth to begin pilot training.

Officer Cadet Anthony Wainwright, who is posted to the School of Air Traffic Control at RAAF Base East Sale to begin training as a joint battlefield airspace controller, said it was rewarding to be presented the Physical Training Student of Merit Award in front of his family and peers.

“It feels incredible, it was a thrilling parade, everyone just did really well,” Officer Cadet Wainwright said.

Pilot Officer David Jacks was awarded the Ground Defence Training Award, and has been posted to the Basic Flying Training School in Tamworth to begin pilot training.

“It’s been a long 18 weeks, it’s presented some challenges but some amazing experiences as well, so it feels good to get here,” Pilot Officer Jacks said.

Pilot Officer Geoff Bell was awarded the RSL, Bairnsdale Sub Branch Military Skills Instructor Award for demonstrating the highest standards of performance with respect to dress and bearing, and will join Officer Cadet Wainwright in training to become a joint battlefield airspace controller.

More than half the graduates will continue their training at the Basic Flying Training School in Tamworth, to begin flying training as future Air Force pilots.

Twelve graduates will remain at East Sale, with 10 moving to the School of Air Traffic Control to become joint battlespace air controllers, and two moving on to No. 1 Flying Training School to become Air Combat Officers.

The remaining graduates will continue with their initial employment training as electrical engineering, nursing, armaments , logistics and legal officers.