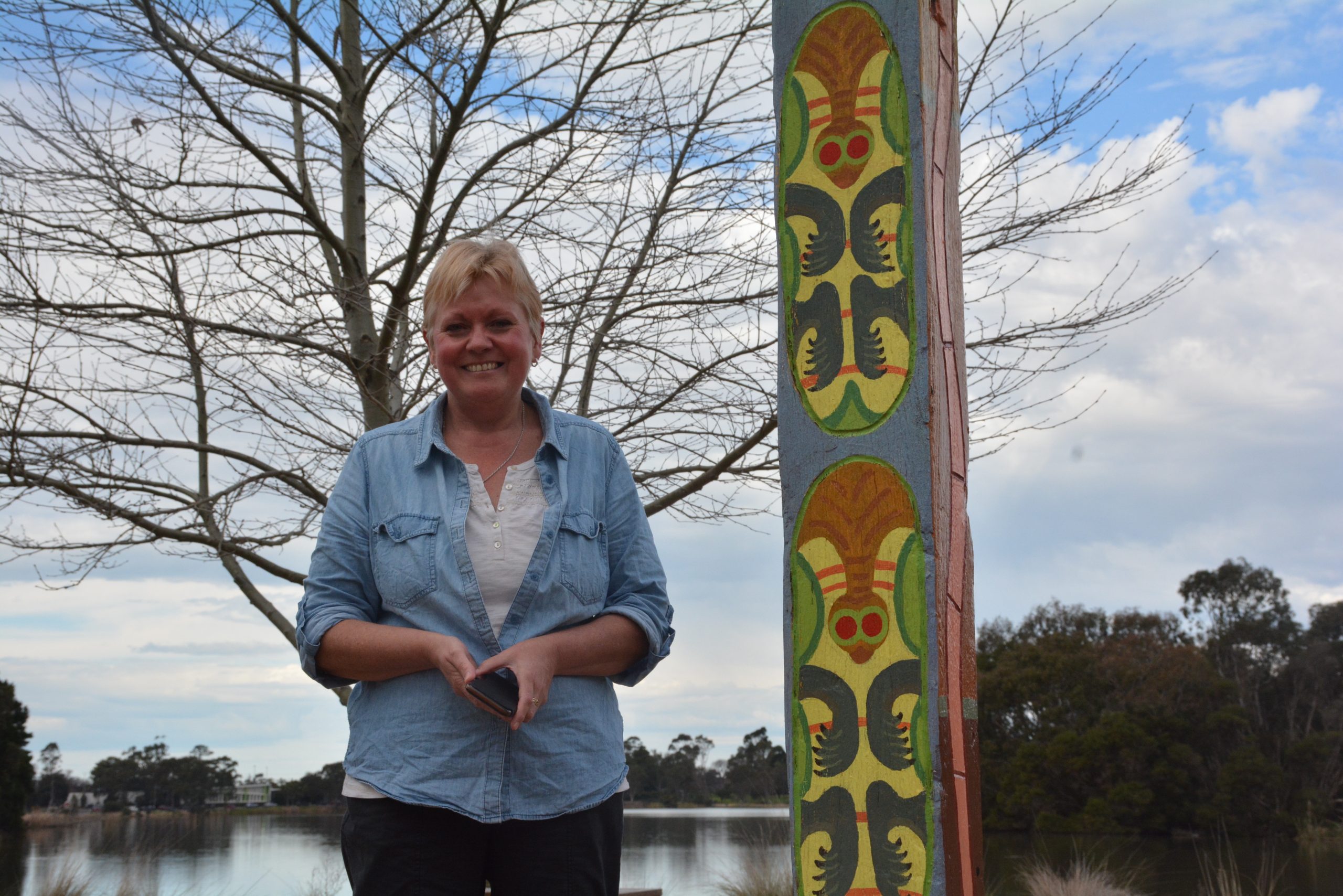 GOLDEN Beach’s Cathy Mahoney will be joining in the MS Swimathon in September at the Sunshine Coast, swimming for 12 hours in a relay to raise awareness and money to fight multiple sclerosis.

One of her fundraisers will be a day at Equus Cafe in Sale on August 28, with a raffle and special deal on, as well as all six Pokemon Go lures around the Wellington Entertainment Centre active from 1pm.

Ms Mahoney has not participated in an endurance swim before, and admits she is not a swimmer, crediting her enthusiasm for the marathon swim to her son, who is working with MS Queensland.

She said she was up for the challenge, and was preparing by getting in the pool when she could, as well as yoga and long walks to hatch Pokemon.

A keen birdwatcher, Ms Mahoney instantly saw the appeal of the virtual scavenger hunting game, and is currently a gym leader at her home in Golden Beach.

“It’s about the thrill of the chase,” she said.

“Everyone was canning it, but I sort of thought it’s getting kids out.

“(My son) has heard stories about young people with MS, you couldn’t get them out of the house, but you can now.”

She hopes that people will drop in Equus, take advantage of the coffee and muffin fundraiser deal to purchase a raffle ticket, and enjoy an afternoon strolling around catching Pokemon.

Multiple sclerosis is a disease of the central nervous system affecting more young adult Australians than any other neurological condition.

People are typically diagnosed in their 20s and 30s, with the average age of diagnosis being only 30.

Interestingly three times more women are affected by MS than men and it is more common in cooler climates.

In Australia, over 23,000 people currently have MS, however this figure is increasing as diagnosis methods become more advanced.

“There’s no rhyme or reason to it,” she said.

“It can take years to diagnose, or there’s other people that get diagnosed in their early thirties, and they’re gone, they’re straight downhill.

“Even if I don’t make a lot out of it, at least it boosts awareness of MS,” she said.

Direct, tax deductible donations can be made via her MS Swimathon page, on https://msqldevents.com.au/champion/2016-Sunshine-Coast-MS-Swimathon/CathyMahoney

More information on the MS Swimathon is available at www.msswimathon.com.au.