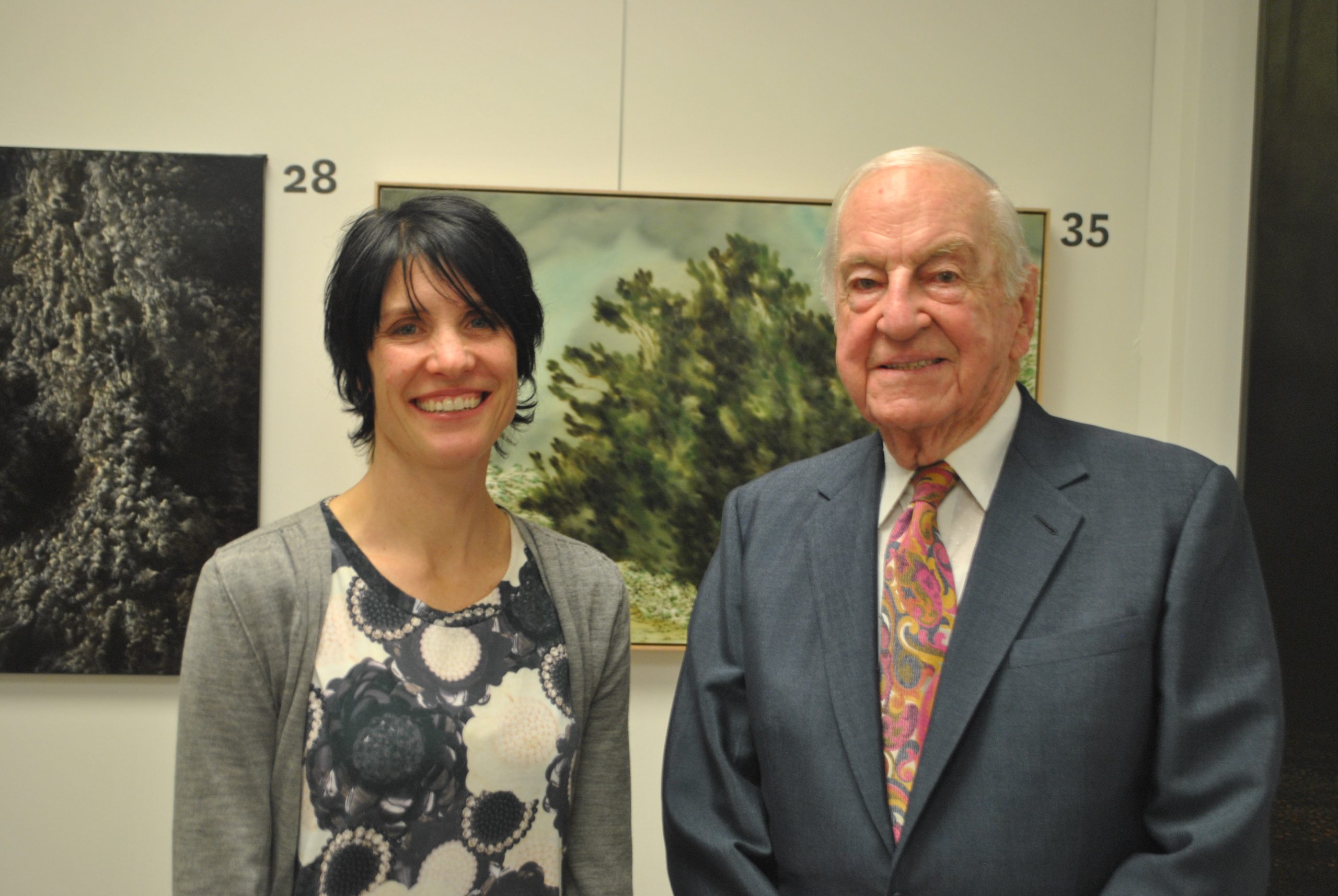 Eastern Victoria MLC Harriet Shing announced Ms Read-Forsythe had taken out the $20,000 prize with her entry Under the Storm, with Linda Gibbs winning ‘Best Gippsland Work’ with her entry ‘Tidal River’.

Ms Read-Forsythe, from Melbourne’s western suburbs, took a few months to complete her layered work, selecting oil on board as her medium of choice.

“I’ve been looking after (my children) for a while, and I’ve had a few failed attempts to get back into the studio since they were born,”  she said.

“It’s only been in the last year that I’ve really gotten back into it.

“So to produce a winner in the year that I’m just finding how to forge my way, to have this reward, it’s a flukey, crazy, wonderful thing.”

The nature lover credited her love of Foucault and historical systems of thought as inspiration behind the work, praising the deeper nature of the philosophy behind the visual.

“When man moved out of the country in a mass migration to the city, they stopped with self-knowledge and started to keep up with the Joneses. I like to pertain to that Victorian period with my work, because I feel like that’s when we lost it,” she said.

“I’ve got a big love of nature, but we produce such ugliness in the world nowadays, and we do nothing about global warming. So, it’s a tribute to beauty and it’s a tribute to that time before that historical movement happened.

“It’s idealistic and romantic, as was that time.”

Judges described Linda Gibbs’ Tidal River as ‘a landscape of the soul’, praising Ms Gibbs’ heartfelt portrayal of Wilson’s Promontory, awarding her with $1000 for her work.

The prize, now in its sixteenth year, received 426 entries from every state and territory in Australia, affirming the prize’s reputation as the most significant award for landscape painting in south eastern Australia.

The competition is made possible by the ongoing support of local philanthropist John Leslie OBE, who has supported the arts for many decades in the Wellington area.

The former City of Sale mayor attended the night to congratulate all the artists on their vivid and evocative landscape entries.

The John Leslie Art Prize is now open to the public, with the free exhibition running until November 20.