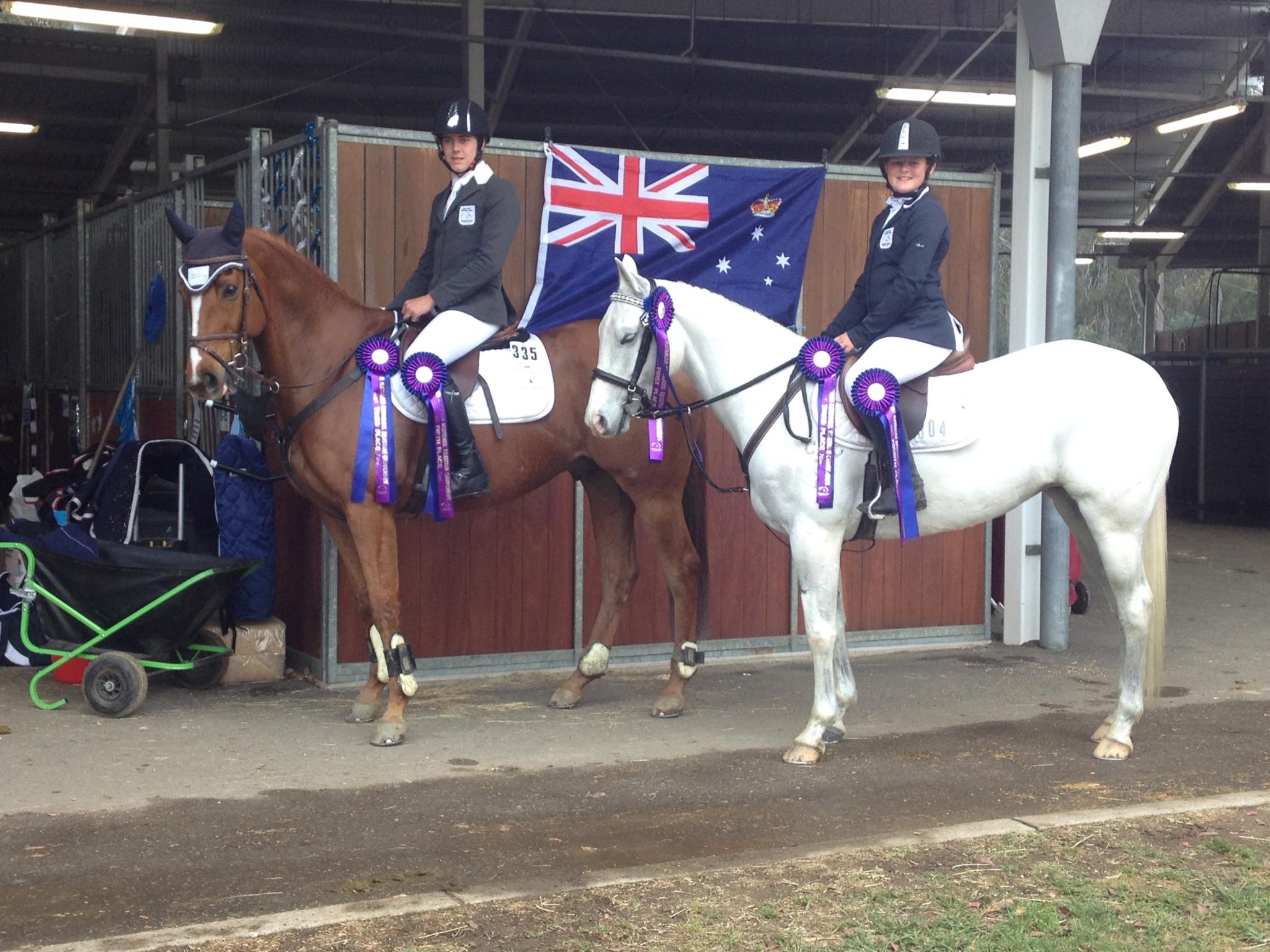 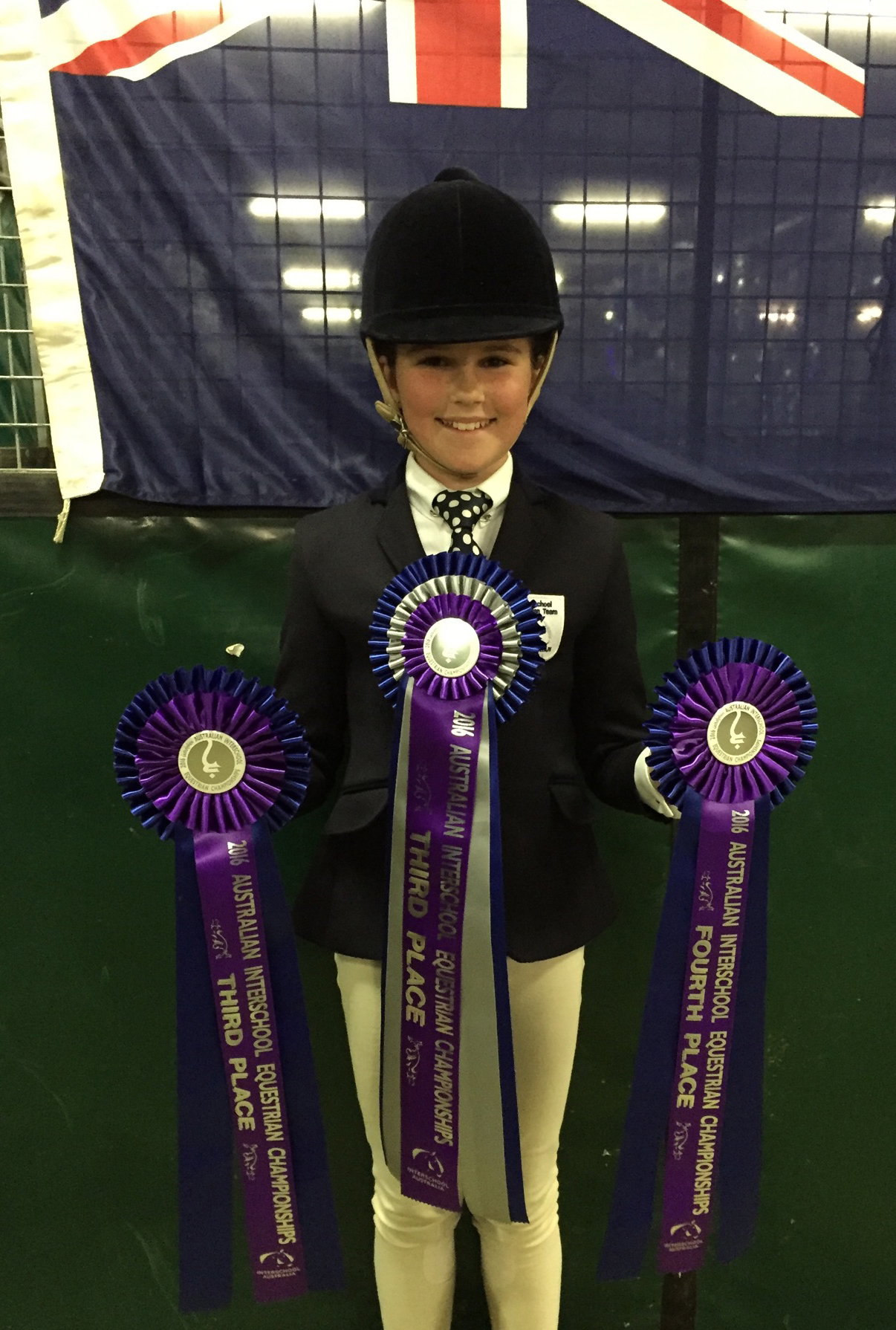 Her points total was enough to earn her second place overall individually and a place on the second place Victorian Primary Showjumping Team.

Placings were converted to points to determine rankings.

Darcy was a member of the winning Victorian Secondary Schools Showjumping team.

Riding Westley Maximillian, he competed in the 1.10m showjumping, consisting of three events an AM5, Two Phase and A2 – placing third, seventh and fifth respectively.

All three riders competed against the best interschool riders from across Australia, with all states and territories represented.