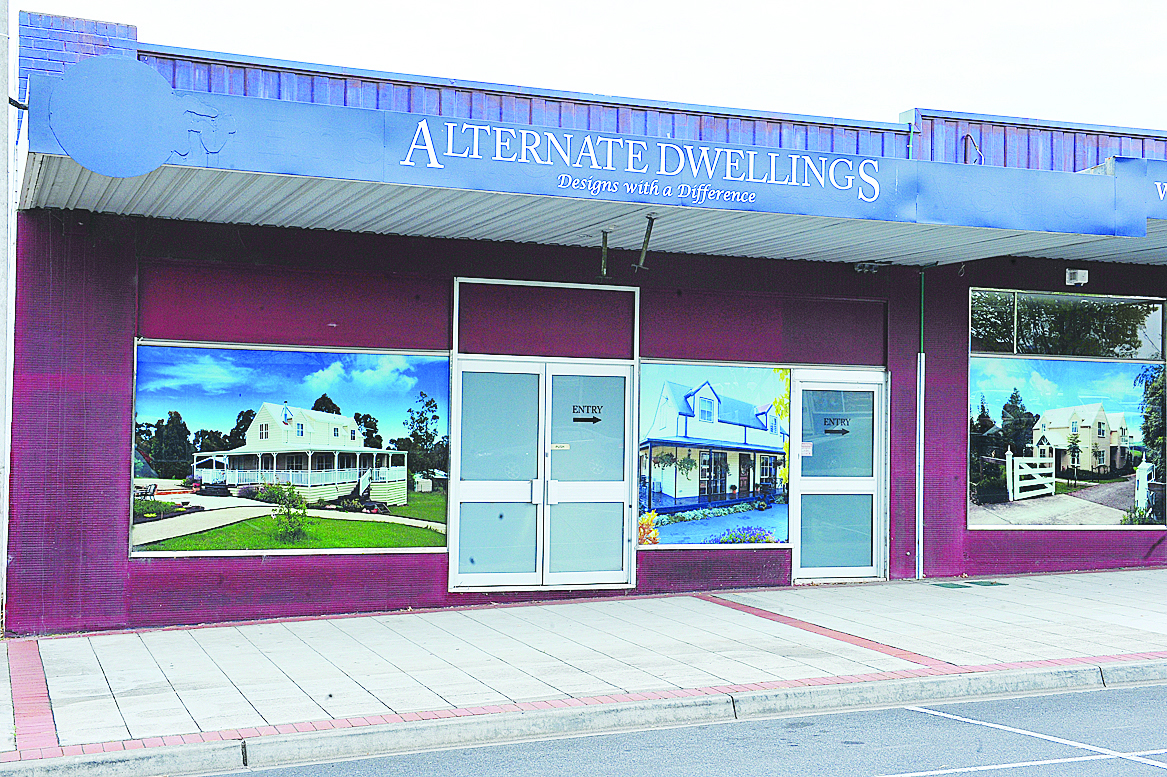 A MORWELL-based building company left dozens of customers in the lurch last month, following its move into involuntary administration.

Alternate Dwellings Pty Ltd has racked up almost $1.6 million in debt, leaving 16 employees without work, and up to 30 unfinished homes across the state.

Self-described as a “fourth generation building family since 1920”, Alternate Dwellings manufactured and built kit homes and barns across Victoria until Friday, October 21, when the company was taken over by administrators Vince & Associates.

All trading ceased and debts were immediately frozen.

An unsecured creditors list supplied by the administrator shows 252 suppliers and contractors have not been paid, with one Yarram contractor owed $17,000, and a supplier more than $145,000.

Dorothy Robinson, from Warragul, signed a contract with Alternate Dwellings in January to build her seven square metre house in Paradise Beach a build that should have taken a few months.

Nearly a year later, Ms Robinson told the Gippsland Times she was furious at the lack of transparency, and said she was left in the dark right until the final weeks.

“They hadn’t done things, but I’d already paid the bill, so I was having to ring them constantly to push them along,” Ms Robinson said.

“They kept saying that there was a delay with workers not producing the quality that they wanted for the build, so they had to get new ones.

“What can you do?

“You’ve got to take their word for it.”

Ms Robinson, exasperated at the lack of progress, organised a meeting last month with her builder and his construction manager, who assured her the house would be completed by mid-November.

“That’s when I rang [the builder’s] mobile, which had a message on it telling me about the creditors that’s when I knew something wasn’t right,” Ms Robinson said.

Luckily, Ms Robinson had been paying in instalments, and the collapse meant she would not be left out of pocket like other customers.

She just has an unfinished build.

“The insurance terms were only 20 per cent of the total build, so I wasn’t really happy about that,” she said.

“It’s just lucky that I’m nearly finished, and that I can get it finished but it’s still frustrating.

“I was expecting to be up there enjoying my retirement by now.

Ms Robinson has been told by the administrator that pending investigation, her build was unlikely to be completed for some time yet.

Vince & Associates director Peter Vince said investigations were still at an early stage, and therefore currently no definitive explanation for the cause of the company’s failure was yet evident.

“Our preliminary investigations indicate that there may be something in the order of 20 to 30 homes under construction and requiring completion,” Mr Vince said.

A creditors’ meeting has been convened for tomorrow, November 2, at the Vince & Associates offices in Dandenong, where the administrators will undertake investigations of the company’s affairs and prepare a more formal report to creditors.

“[The report] will set out whether there are avenues available for recoveries under the voidable transactions provision of the Corporations Act, comment on any breaches of the Act and indicate the possibility of returns to the various classes of creditors,” Mr Vince said.

He has formally requested Alternate Dwellings managing director Glenn Brooks provide a report on the directors’ understanding of the assets and liabilities of the company.

Mr Vince said outstanding employee claims were likely to be met under the federal government’s ‘Fair Entitlements Guarantee’, but that did not include superannuation.

Mr Vince has sought solicitor advice in respect to customer transactions and retrieving deposits, and should be in a position to clarify those arrangements within a week.

Vince & Associates is currently seeking expressions of interest for the business assets and intellectual property of the company.

Home owners who have entered into domestic building works contracts with the company are covered by insurance policies issued by the Victorian Managed Insurance Authority, which provides cover to homeowners for incomplete or defective building work, at the direction of state government since May 2010.

Those home owners are now in a position to make claims under those policies for any loss and damage they have suffered for incomplete and defective workmanship.

Builders in Victoria are required by law to take out domestic building insurance, also known as builder’s warranty insurance, for work valued at more than $16,000.