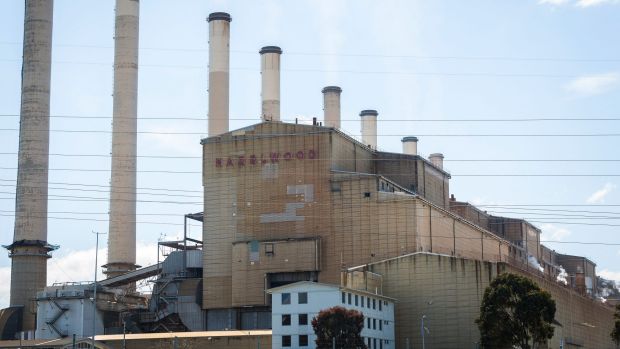 THE foreign owners of the Hazelwood Power Station on Thursday confirmed the worst-kept secret, that the ageing facility will be closed by March.

The announcement by Engie in Australia owners Engie and Mitsui over its Hazelwood power generation business shines a spotlight on workers and the future of the Latrobe Valley.

Hazelwood currently employs 750 people – 450 direct employees and 300 contractors. Following the closure, up to 250 people will be required between 2017 and 2023 to manage the mine and power station site rehabilitation.

Hazelwood workers will leave their jobs with an average pay-out of $333,000.

The state government has launched a $266 million regional economic rescue plan, which will include $174 million for road and rail projects, and the creation of an economic growth zone, offering tax breaks to businesses moving to Latrobe City and the Wellington and Baw Baw shires.

The federal government announced it would immediately provide a $43 million support package for workers and families.

Engie in Australia chief executive Alex Keisser said the 1600 megawatt Hazelwood station had been operating in a difficult national energy market environment for a considerable period.

“Hazelwood is now more than 50 years old. It has been a wonderful contributor to the National Electricity Market, but we have now reached the point where it is no longer economic to operate,” Mr Keisser said.

“Engie in Australia would need to invest many hundreds of millions of dollars to ensure viable and, most importantly, continued safe operation. Given current and forecast market conditions, that level of investment cannot be justified.

“Over the past few years a range of options have been investigated for the business, including revamping existing infrastructure, repowering with gas-fired gas turbines or biomass or reducing the number of operating units.

“None of these options has proven to be economically viable and as a result, the extremely difficult decision has now been taken to close all eight generating units by March 31 next year.”

Mr Keisser said Engie in Australia was committed to fully supporting employees as it prepares for the closure of the Hazelwood business.

Mr Chester said it was up to Engie and Mitsui to ensure workers and families were not left behind.

“Workers must receive their full entitlements and get the help they need with the transition to new jobs locally,” he said.

“I’m working positively with other levels of government to get money on the table for local projects and to support jobs in existing industries. The additional $43 million investment from the federal government is on top of the record funding for local roads and defence facilities.”

Mr Chester said was optimistic about the Latrobe Valley’s future.

“The continued growth in health, education and tourism sectors are all positives, in addition to the strength of our traditional industries such as agriculture and food processing, forest products, defence and energy production,” he said.

“We have a diverse and resilient economy. All levels of government should be investing in Gippsland with improved connectivity of road, rail and telecommunications links.”

Mr Chester is one of five cabinet ministers appointed by Prime Minister Malcolm Turnbull to lead a ministerial committee to co-ordinate and oversee the federal government’s response to the Hazelwood decision.

The Latrobe Valley Cabinet Taskforce, led by Premier Daniel Andrews, has been meeting to plan for Hazelwood’s closure.

“For many families in the Latrobe Valley, there won’t be a tougher day than this,” Mr Andrews said.

“We stood with the people of the Latrobe Valley during the mine fire – and we stand with them now. We will do everything we can to give them the support they need.”

In the immediate term, a $22 million package of support will be available for Hazelwood workers and affected businesses.

A call centre and website is now live, providing affected workers with access to information and support.

An additional $20 million will fund the establishment of a dedicated Latrobe Valley Authority to lead the government’s response and manage the transition and the future economic development of the area.

“It is our position, that the community of Latrobe City must be central to any future considerations,” he said.

“In recognition of the impact this decision will have on industry, council and Regional Development Victoria will undertake further consultation and discussions with affected businesses.”

Voices of the Valley president Wendy Farmer said Engie’s decision reaffirmed the urgency for a Latrobe Valley transition plan to be implemented.

“Not many people will be surprised as it has been on the cards for some time. But that is precisely why workers are so deeply and bitterly disappointed in the federal government at this time,” he said.

“You’d have to be hiding under a rock not to know the electricity sector is changing, it has been doing so for years. These changes are occurring because of long-term economic restructuring and policies designed to shift from non-renewable energy sources to renewables.”

Committee for Gippsland chief executive Mary Aldred said access to training and re-skilling needed to be a priority for assisting employees to ensure they are able to find new jobs in Gippsland.

“We don’t want to be losing people from the Gippsland region because they cannot find new work here,” she said.