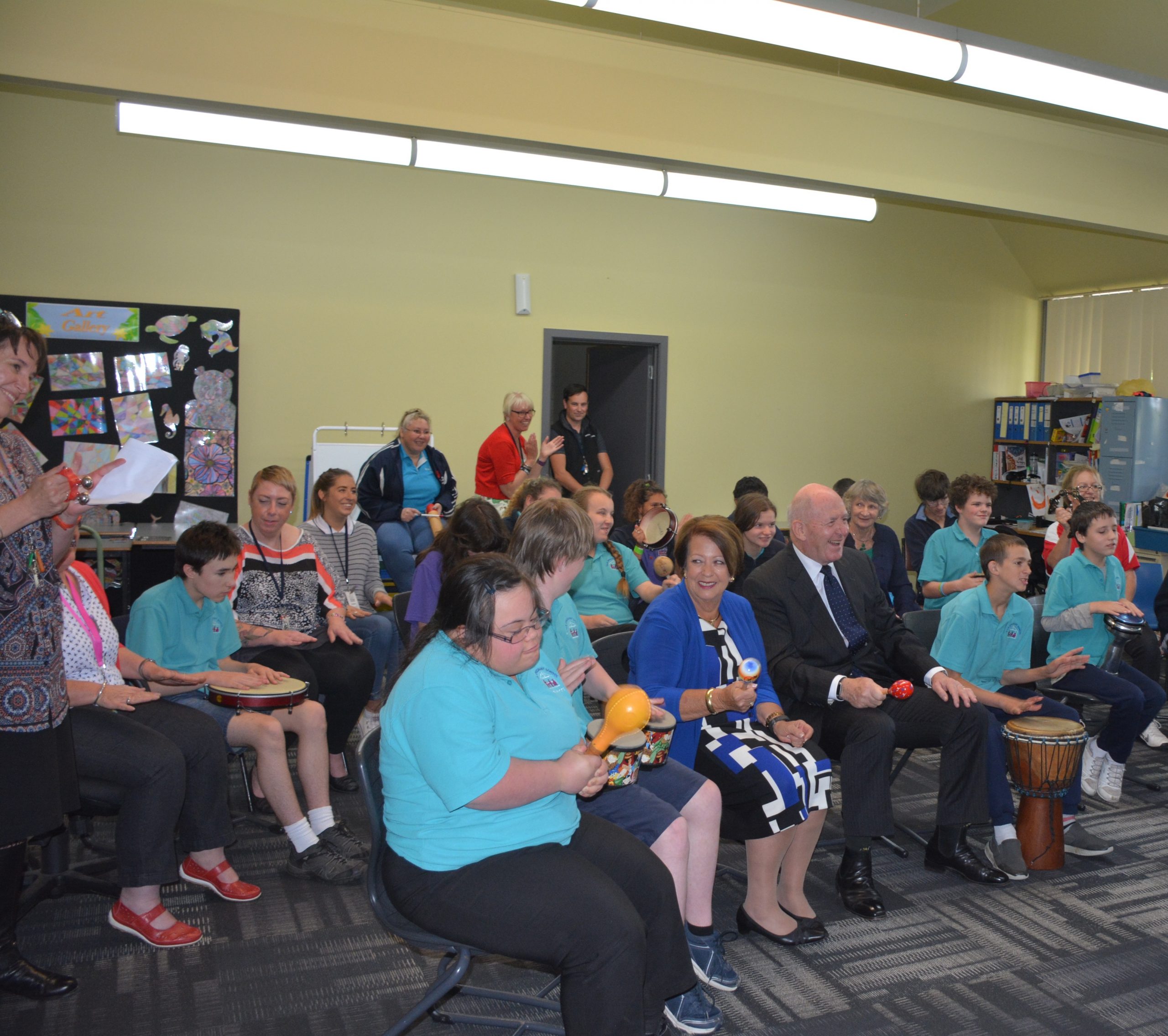 They attended the consecration of the Combat Survival Training School at the RAAF Base, East Sale, before attending a variety of functions at places of special importance to the community.

A tour of Sale Specialist School allowed Their Excellencies to meet some of the students, before joining a music class, to the amusement of the students.

Principal Shelagh Donegan also explained the plans for the new campus in North Sale, and she and New School Parent Action Group president Jane Nash were awarded medallions for their efforts.

“They have a keen interest in the education side of things,” Ms Donegan said.

“It’s definitely an acknowledgement of what our community has achieved.”

The official party then arrived at Ashleigh House, where morning tea was hosted.

Local dignitaries, including former mayor Darren McCubbin and philanthropist John Leslie, mingled with Their Excellencies and residents in the new library facility.

Next, the party arrived at St John Ambulance, for a tour of the premises.

The CWA’s Cobains branch had their meeting at the hall interrupted, to their delight.

Lady Cosgrove is patron of the CWA.

St John volunteers met Their Excellencies, and showed off their new equipment, and board representative Dr Iain Nicolson, who was recently made a Knight of Justice of the Order of St John, said it was an honour to host the Vice-Regal visit.

“It was a delight to conduct a tour of the premises and introduce our guests to some of the local volunteers who provide First Aid services at dozens of events in Gippsland and are first responders in emergencies and disasters in the region,” he said.

“It’s also very unusual for a Governor-General to visit a division, and we’ve done it twice.”

Dr Nicolson and Wellington division manager Lorraine Glover received medallions for their service to the community.

Next, the Royal Flying Doctors Service, of which Sir Cosgrove is patron, gave the official party a tour of their facility, including a state-of-the-art patient transport ambulance and regional control room.

“Australia’s a huge place and someone needs to meet their health needs,” he said.

Chairman Denis Henry said he was delighted the national patron had come to Sale.

“He’s seen the centre of our operations down here in the whole of Victoria and now Tasmania,” he said.