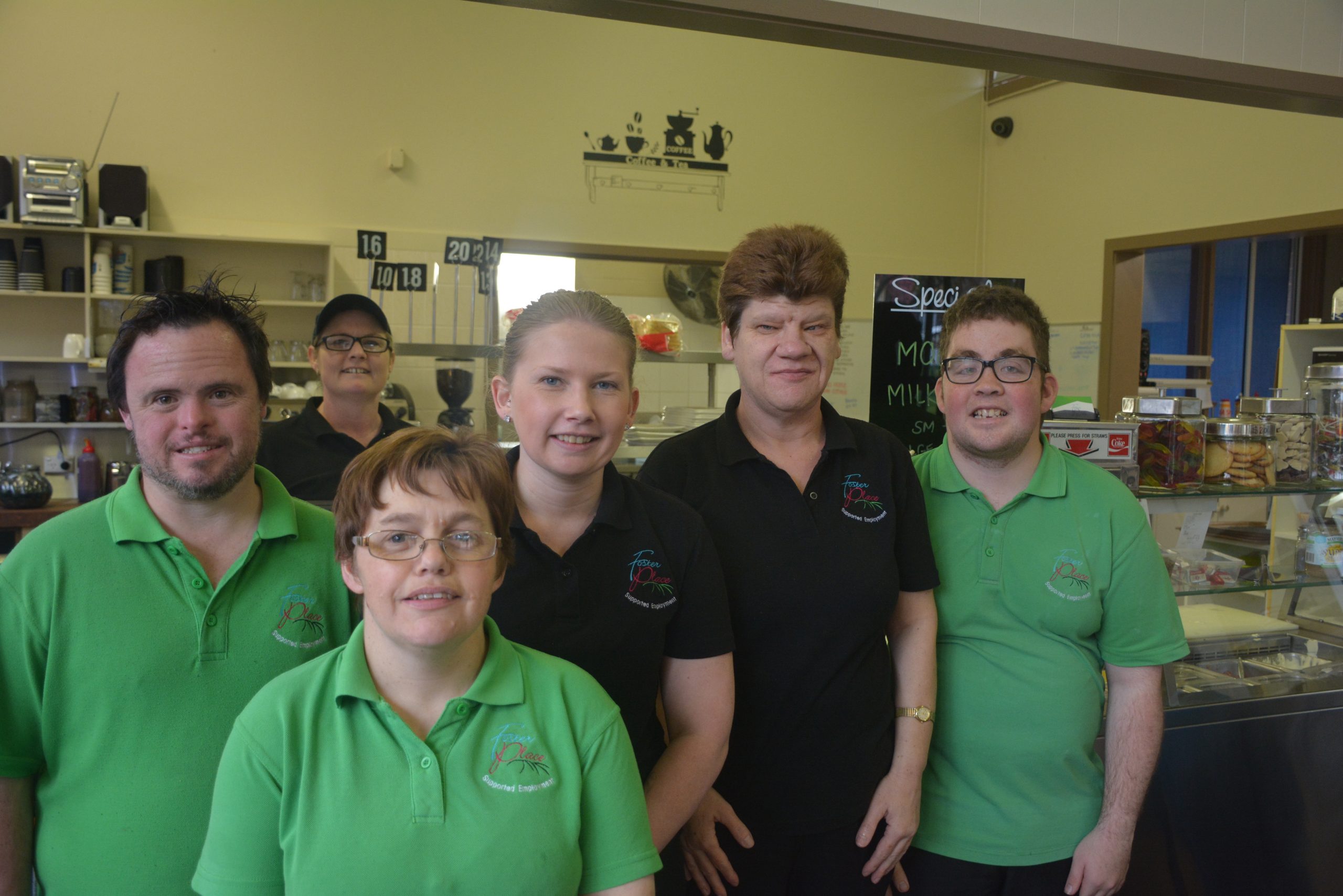 THE supported employment café and restaurant Foster Place, a project of the George Gray Centre, has helped hundreds of people with a disability gain skills and engage with the community over the years, as well as earn money in paid employment.

Supervisor Leonie Regan, who has been working at the café for five years, said her staff were the most honest and reliable people any business could have.

“It’s their whole world — they love it, they enjoy it, and they’re good at it,” she said.

“They’ll do food preparation, peeling carrots, they’ll assist in the kitchen, they’ll plate up tea, coffee, and hot chocolates, they keep it all rolling.

“They interact with the customers, and that’s really good for their social welfare.”

Ms Regan added some of the staff had moved on to places like the Maffra Community Sports Club and Star Hotel, and the George Gray Centre was hoping for new opportunities in the near future.

“There’s a big need for supported employment, and the numbers aren’t dropping off,” she said.

George Gray chief executive Ian Hunt said it was a fantastic achievement for the café to remain viable for 30 years.

“Our aim is for (the clients) to go on to open employment, learning all those work habits and skills, and feeling positive about their achievements,” he said.

“Going for 30 years in a pretty competitive market, they’ve done a fantastic job — they are a commercial business, and they have to make ends meet and sustain that business.”

Ms Regan said it was also good to see a social community forming between the workers.

“They’ve formed some really good work friendships and have a social life outside of work,” she said.

“I personally think this interaction is a stepping stone for them to be able to cope and be accepted.”