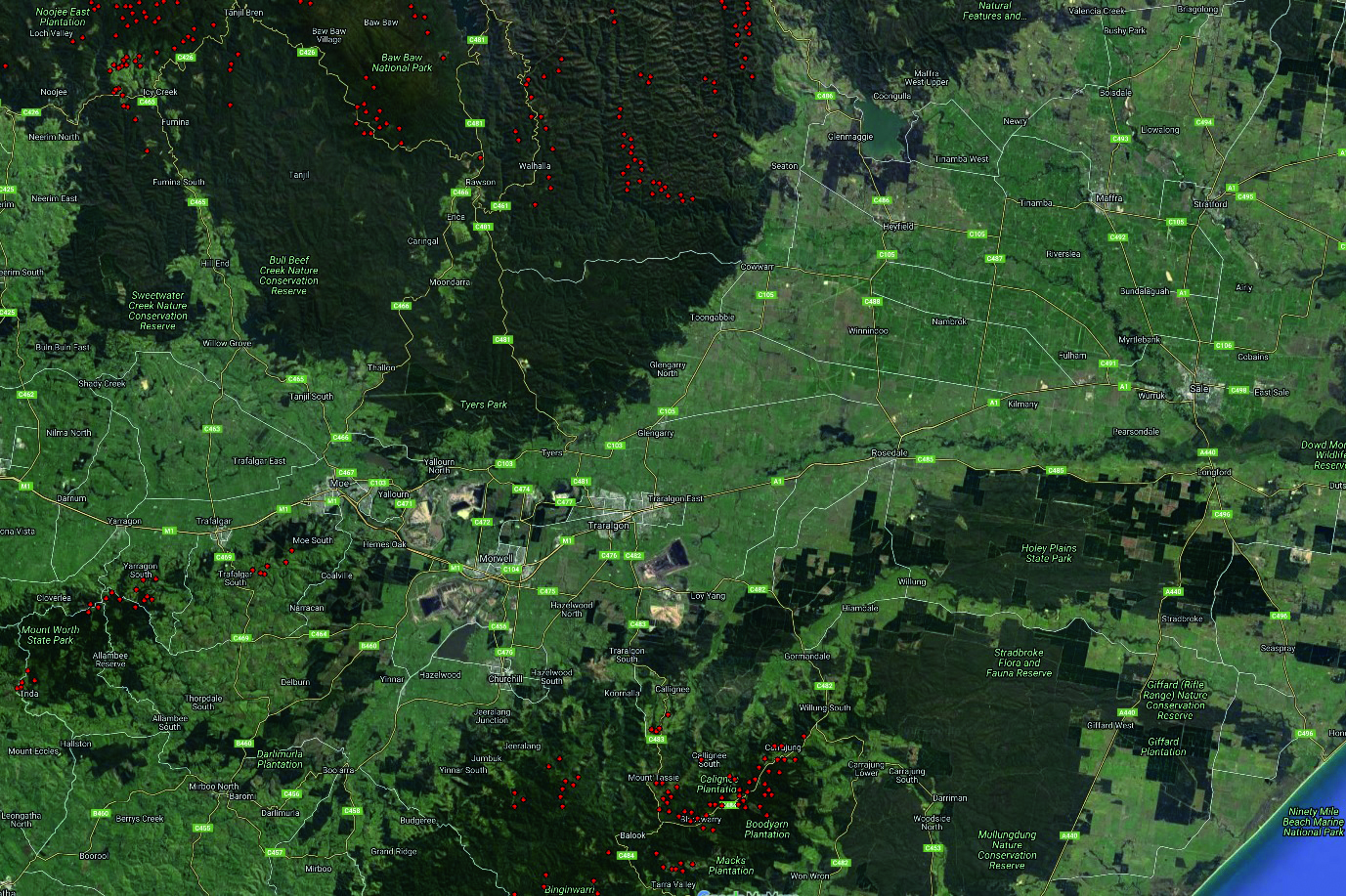 ALMOST 4500 sites across Victoria, including many in Gippsland’s mountainous regions, have been identified as potential pumped hydro storage locations that could provide the country with as much as 100 per cent renewable energy in as little as 20 years.

The sites — which include several in the Thomson River Basin between Seaton and Walhalla, and the Ben Cruachan Reserve, as well as the Strzlecki Ranges between Gormandale and Tarra Bulga National Park — are among 22,000 across the country identified as possible PHES locations in a recently-released Australian National University study.

Pumped hydro works by pumping water uphill between two connected reservoirs, dispatching power to the grid when demand is high or when wind and solar do not work.

None of the PHES sites have been the subject of geological, hydrological, environmental and other studies, and it is not known whether any particular site would be suitable.

The zero-emissions grid would mainly rely on wind and solar photovoltaic (PV) technology, with support from pumped hydro storage, and would eliminate Australia’s need for coal and gas-fired power.

“Australia needs only a tiny fraction of these sites for pumped hydro storage about 450 GWh of storage — to support a 100 per cent renewable electricity system,” he said.

“Fast tracking the development of a few of the best sites by 2022 could balance the grid when Liddell and other coal power stations close.”

Professor Blakers said researchers has found so many good potential sites that only the best 0.1 per cent would be needed.

“We can afford to be choosy,” he said.

STORES sites require pairs of reservoirs at different altitudes, typically ranging from 10 hectares to 100 hectares, in hilly terrain and joined by a pipe with a pump and turbine.

Water is pumped uphill when wind and solar energy is plentiful, and electricity is available on demand by releasing the stored water through a turbine.

Dr Stocks said that off-river pumped hydro storage typically delivered maximum power for five to 25 hours, depending on the size of the reservoirs.

Another researcher, Bin Lu, said all of the potential stores sites were outside national parks and urban areas, and each site had a storage potential range of 1300 GWh.

“Pumped hydro — which accounts for 97 per cent of energy storage worldwide — has a lifetime of 50 years, and is the lowest cost large-scale energy storage technology.”

In Victoria 4404 sites identified have a combined energy storage capacity of 11,274 GWh, which is about 100 times more than required to support a 100 per cent renewable electricity system in the state.

There are a higher concentration of potential PHES sites in eastern Victoria — in a similar location to some of the brown coal-fired plants.