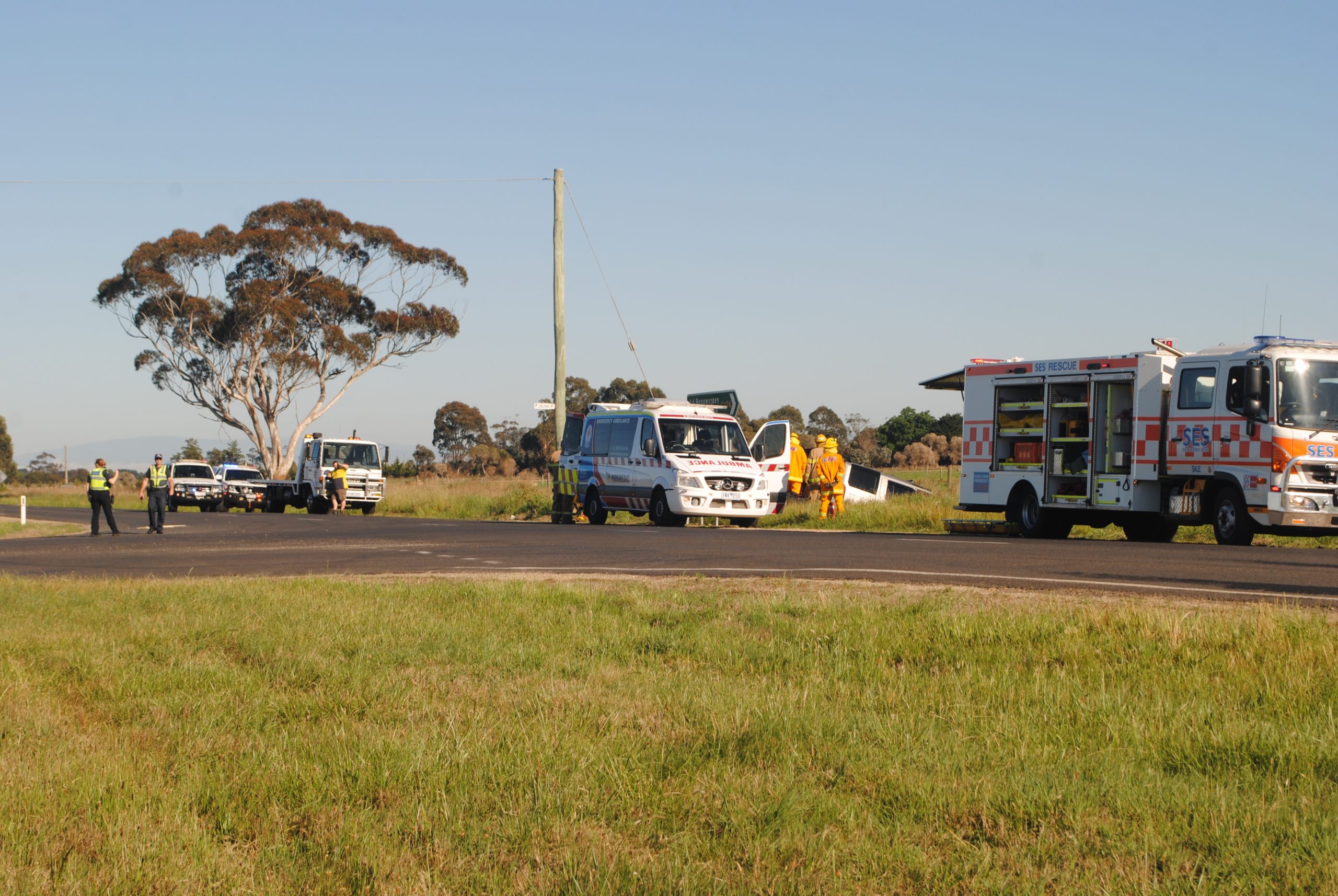 POLICE are seeking witnesses after a car driving dangerously on the Longford-Loch Sport Rd near Dutson on Wednesday caused an oncoming car to crash.

Those who witnessed the incident or were travelling on the road about this time who have dash camera footage should phone Senior Constable Avion at Sale police station on 5142 2200.

HEAVY fog last Tuesday morning may have contributed to an accident in Gibsons Rd, Cobains, when the driver of a utility failed to negotiate the intersection at Bengworden Rd and ploughed down a small ditch into a field.

Emergency crews worked for about an hour to extract the passenger, believed to be a woman in her 80s, from the vehicle.

She was taken to Sale hospital with neck and back injuries.

The driver, believed to be a man in his 80s, suffered chest injuries, and was also taken to Sale hospital.