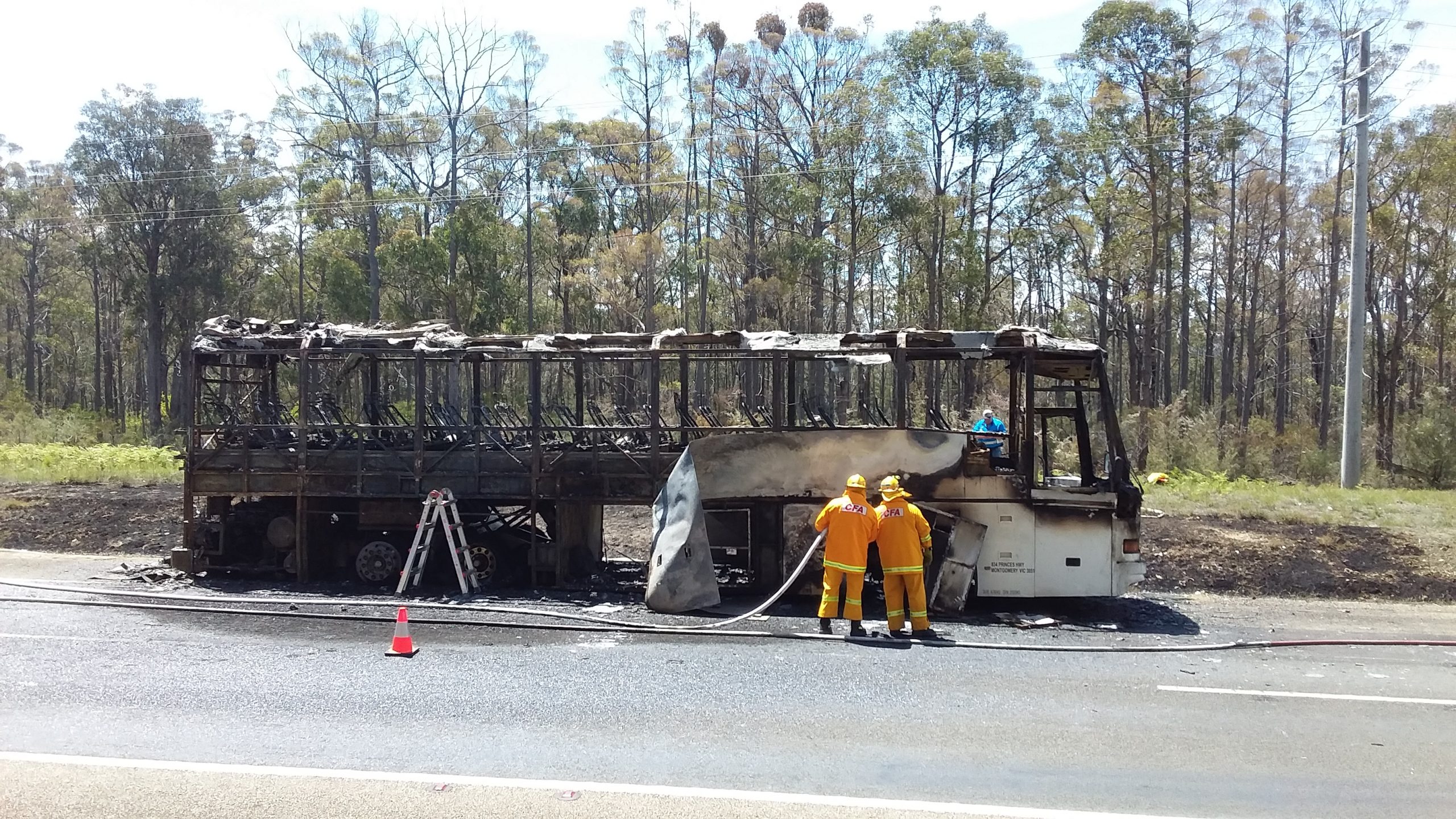 FIREFIGHTERS were called to a school bus fire on the Bruthen-Nowa Nowa Rd on Wednesday afternoon, which involved children from Sale.

“The driver was able to pull over onto the side of the road, and fortunately no one was injured,” Mr Malcolm said.

“The bus was fully involved on firefighter’s arrival and crews were extinguishing for an extended period of time due to the ferocity of the fire.”

Mr Malcolm said the blaze was under control at 1.50pm, and crews used a thermal imaging camera to ensure it was completely extinguished.

“It appears the fire started due to mechanical issues,” he added.

“Police were notified to attend for traffic control and re-opened the highway as quickly as possible.

“The road has suffered some damage and EPA was notified due to fuel and oil that had spilled from the vehicle into a drain, which was isolated by fire crews.”

In a statement sent to parents, Guthridge Primary School principal Sue Burnett said the year two students, who had been on their way to the Buchan Caves, were all safe.

“The students, adults and bus driver all left the bus on route to Buchan after a tyre popped,” she said.

“All passengers were away from the vehicle and eating their lunch while waiting for a replacement bus to arrive.

“The tyre continued to smoke and subsequently caught fire, causing the bus to also catch fire due to a mechanical fault.

“The fire brigade and police were called to attend to the incident.

“At no stage was there any risk to our students or adults accompanying them, who were a long distance away from the vehicle.

“After the replacement bus arrived, the students and adults continued on their excursion to Buchan Caves and returned to school  about 6.20pm.

“Our teachers and helpers are to be applauded for the way in which they handled the situation and the children remained safe at all times.”

Police, ambulance, VicRoads and the EPA attended the incident, as well as fire trucks, from Buchan, Bruthen, Johnsonville, Mossi-Tambo and Lakes Entrance.