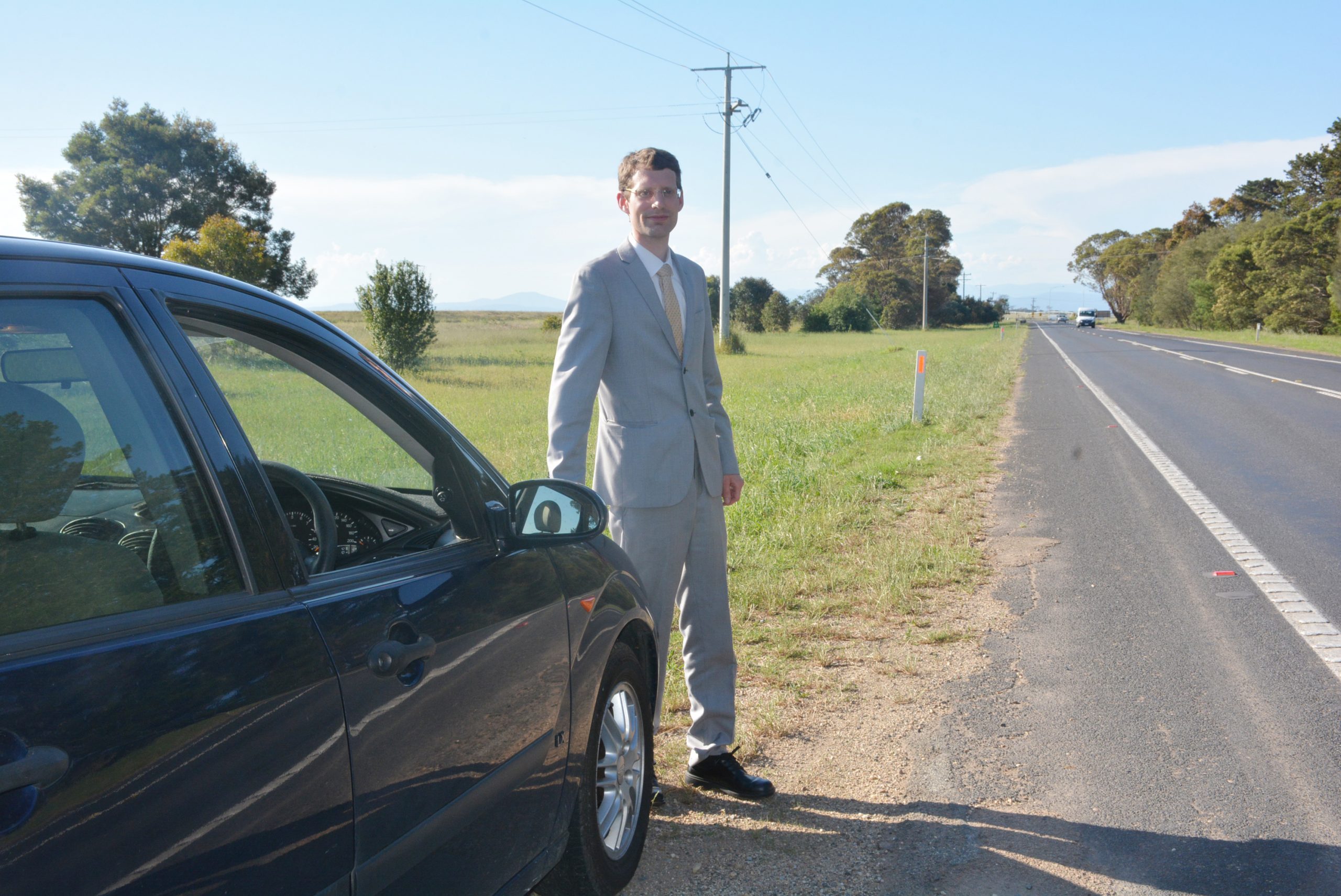 A STRATFORD resident is calling on the public to help identify a cruel motorist who reportedly deliberately veered off the road to kill an echidna.

Stephen Kirby was sickened after seeing a motorist on the Sale-Stratford Rd veer onto the shoulder at the corner of Clydebank and Montgomery Rds to run over an echidna on Monday.

He claims the driver of a Sale-bound, white cab-style four wheel drive deliberately swerved to hit and kill the native animal.

Mr Kirby said he wanted the driver to acknowledge his or her “cowardly action”,  and is calling on readers to help identify the person.

“It’s a despicable thing to do,” he said.

“I am calling them out as pathetic and morally corrupt.

“If they dare answer the call, write it here and make an apology for all the readers to see.”

Mr Kirby said he understood that accidents could happen, but believed the act was intentional.

“Please, have some respect for the wildlife,” he pleaded.

Echidnas are protected under the Wildlife Act 1975 and it is illegal to capture, kill or harm them. There are hefty fines for those convicted.

RSPCA head of prevention, Sophie Buchanan, said the penalties for anyone found guilty of cruelty to an animal under the Prevention of Cruelty to Animals Act included fines up to $77,730, or two years imprisonment.

“Under the Wildlife Act 1975, the penalties associated with killing or destroying protected wildlife include fines of up to $38,056 and up to two years imprisonment,” she added.

“If you find a sick or injured wild animal, call Wildlife Victoria on 03 8400 7300, or contact your nearest veterinarian to organise treatment.

“Wild animals become stressed by handling, so you should seek expert advice before handling an injured animal.”

People with concerns about the welfare of  animals should report them to rspcavic.org, or phone 9224 2222.