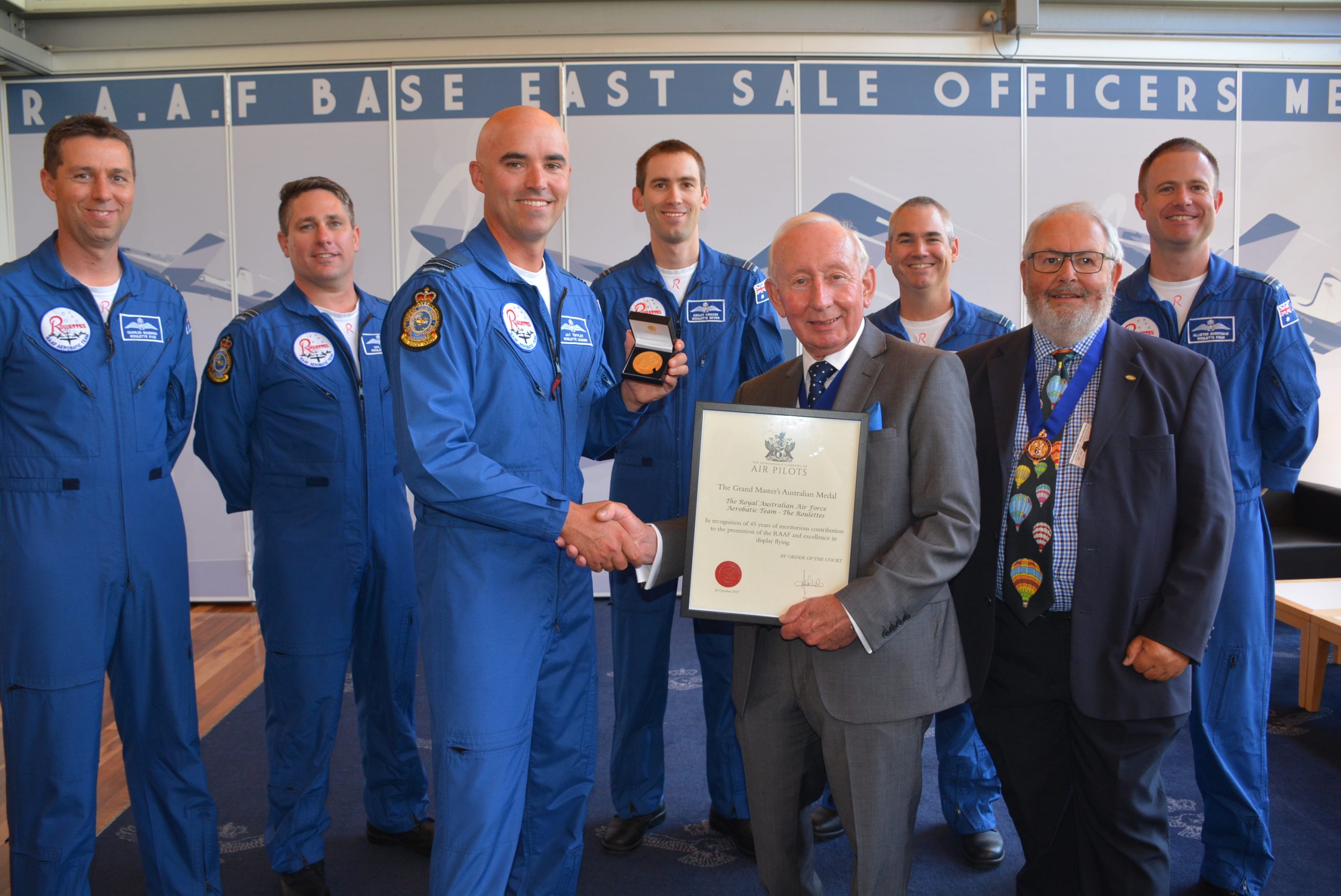 THE Royal Australian Air Force Roulettes aerobatics team has been recognised for its skill and public relations efforts, with a prestigious Grand Masters Medal award from the London-based Honourable Company of Air Pilots.

The Honourable Company of Air Pilots is one of the Livery companies -—or guilds — of the City of London, and was established in 1929 as the Guild of Air Pilots and Air Navigators.

Its objectives are to maintain high standards of airmanship around the world, enhance the status of pilots and navigators and promote the field of aviation and air safety.

Presenting the award to the Roulettes last week was the company’s Master, Captain Chris Spurrier, who flew in from the United Kingdom for the presentation, and spent the afternoon meeting RAAF Base East Sale, personnel before touring the Wellington Lakes region with his wife Paula.

Captain Spurrier told the Roulettes that the pilots were chosen for the award because of their incredible technical skills and public relations work to promote aviation.

“It [the award] might seem remote or irrelevant over here, but it’s not,” he said.

Captain Spurrier said all pilots and flying organisations had a role in promoting the industry.

“And you guys do it better than most others,” he said.

He said the Royal Australian Air Force Roulettes team had 45 years of aerobatics experience and was a worthy recipient of the award.

The company is headed by Grand Master Prince Andrew, and was granted Honourable status in February 2014 by Queen Elizabeth.

Accepting the Grand Masters Medal on behalf of the Roulettes, Squadron Leader Jay Tuffley said the group was “honoured” to be bestowed such a highly respected award.

The medal is highly regarded in global aviation circles, and can be awarded to any person for an act or other achievement in aviation considered worthy, at the discretion of the Master and on the advice of the Trophies and Awards Committee.