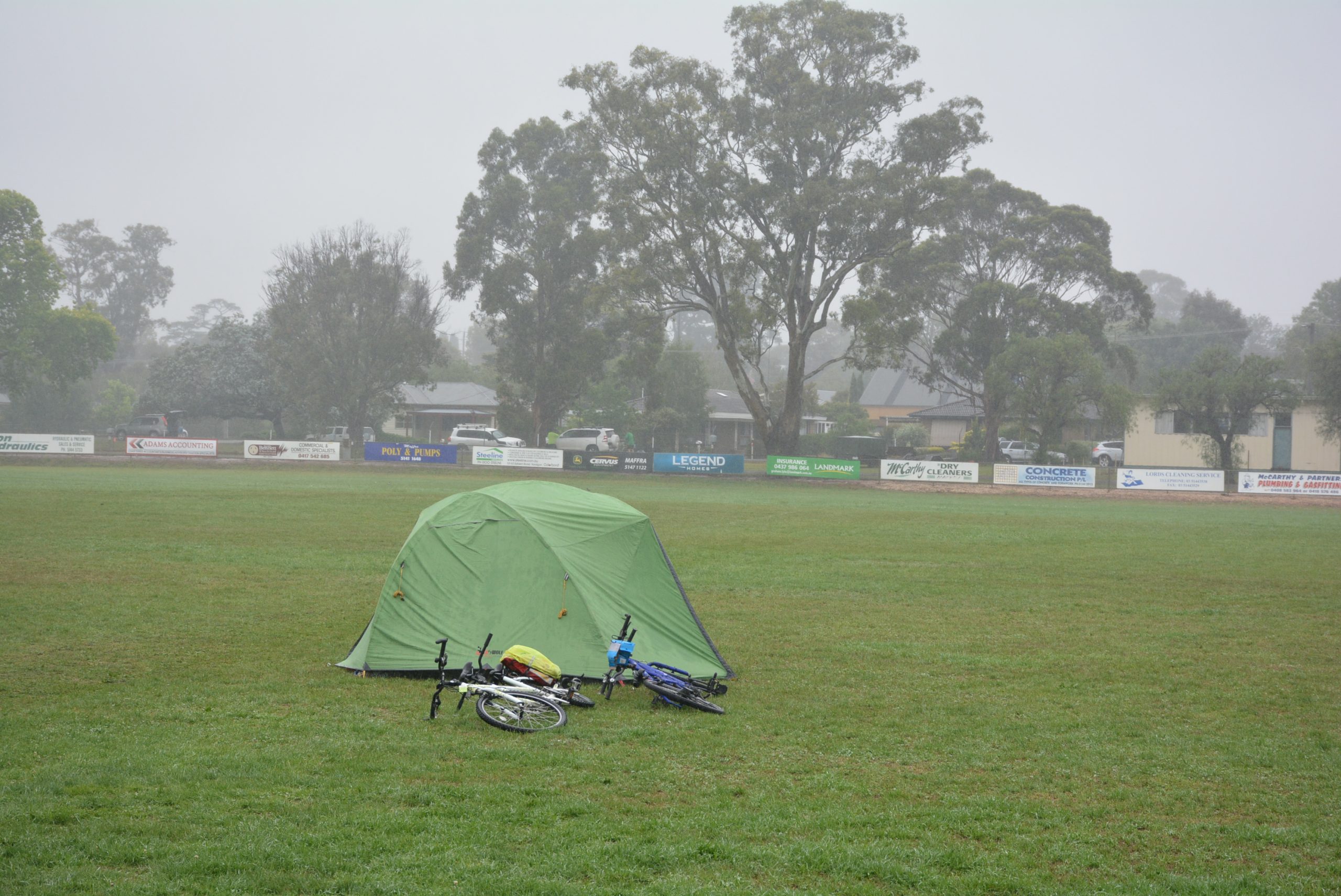 AFTER a week of spectacular scenery and challenging conditions, the final two days of the Great Victorian Bike Ride was cancelled on Friday night.

Riders had stopped in Maffra and rushed to set-up tents just before the forecast deluge arrived.

Organisers hoped to continue, but the ride’s police escort was called away to support emergency management in Victoria’s north-east.

The Bicycle Network’s events general manager Rebecca Lane said the weekend was spent getting all the riders home.

“It’s a different way to end the Great Vic, we would have obviously preferred to keep riding but we had to make the tough decision to call it,” she said.

“(Saturday) we spent the morning getting all our riders out of Maffra, they’re all on their way home, and we’re sending out volunteers home now, and a small team will remain to clean up the site and make sure we leave it in the best possible condition.

“It’s been a phenomenal week, and the ride into Maffra was particularly special, because the riders were really nervous about getting wet out on the roads, but the weather held out until we actually got here, and there was great support from the local community, and they’ve had a good couple of days here.”

Riders stayed at the Maffra Recreation Reserve, and enjoyed free entertainment and meals, as well as the open bar.

“It’s all scaled down a bit, but they’ll be well-supported,” Ms Lane said.

The last two days would have involved travelling from Maffra to Trafalgar, via Lake Glenmaggie and an overnight stay at Glengarry.

Ms Lane said riders were encouraged to stop in at other towns on the route on their way home, to support businesses that were expecting 3000 visitors.

Any leftover food would also be donated to evacuated towns in the north-east, she said.

Several of the riders said it had been a superb event, with Seaspray a particular highlight, and the ride out of Tidal River, which was accompanied by a lightning storm.