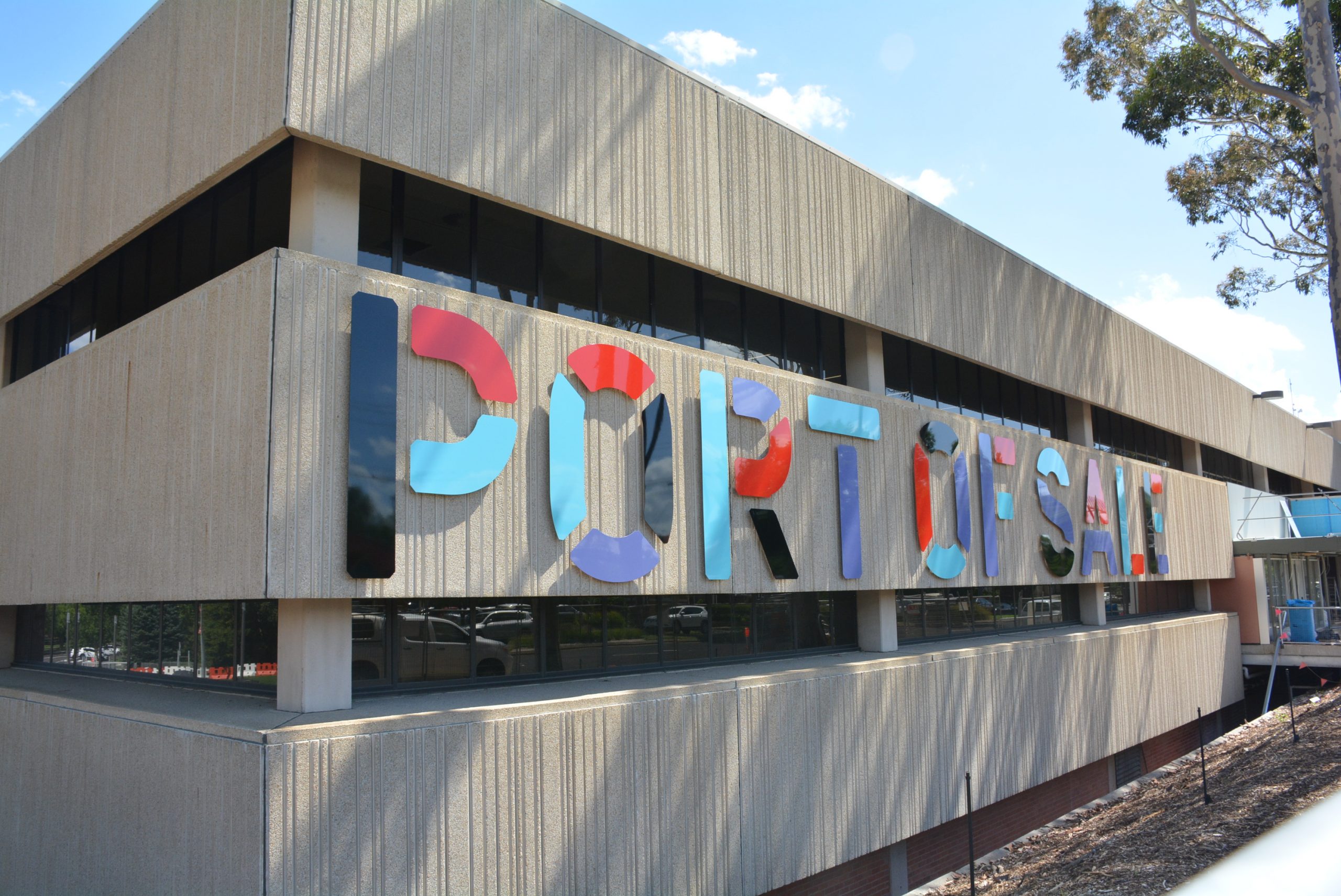 A post on the Gippsland Times Facebook page asking residents what they thought gained a lot of attention, with more than 125 comments, one concerned resident even meeting with councillor Darren McCubbin, to discuss what could be done to fix what he described as an “eyesore”.

In response to criticism, Wellington Shire has clarified the reasoning behind the controversial signage, and its rejection of suggestions that the building be painted.

Built in 1975 for the administrative headquarters for Esso BHP, the building was designed by Michael H Lindell, reflecting modernist and brutalist styles.

The Gippsland Times of December 11, 1975, described the building as a “symbol of the district’s new-found secondary wealth in the form of the multi-million dollar oil and natural gas industry.”

The article went on to describe the exterior: “the restful beige colouring of the external panels has been cleverly conceived and results from using a South Australian cement, in association with an exposed river gravel aggregate”.

After consulting with a heritage adviser, council has decided not to paint or alter the building’s exterior, other than to add the signage.

The lip at the entrance of the building, which has been painted white, is not part of the concrete panelling the council wants to preserve.

The council spokesperson pointed out council was yet to receive an “official complaint”, adding it was not unusual for residents to meet with councillors, and that comments on the organisation’s own Facebook page, while mixed, were more positive than negative.

The spokesperson said council was happy the signage was creating conversation in the community, and as with all new things, there were people who liked it, and those who didn’t.

Allegations that philanthropist, the late John Leslie, who contributed $1.5 million to port precinct project, had a different preference for the signage have been denied by council.

“John did not express a particular view on specific branding and signage, but rather he championed the importance of the entire precinct being integrated and having the same ‘feel’,” Mr Morcom said.

Council spent $21,000 of the $14.53 million Port of Sale precinct redevelopment project budget on the re-branding, employing two separate design companies — Traralgon’s The View From Here and Melbourne’s Design by Pidgeon.

Wellington Shire said the branding has a nautical or shipping theme, to acknowledge the history of the location and link all the different areas of the Port of Sale precinct together.