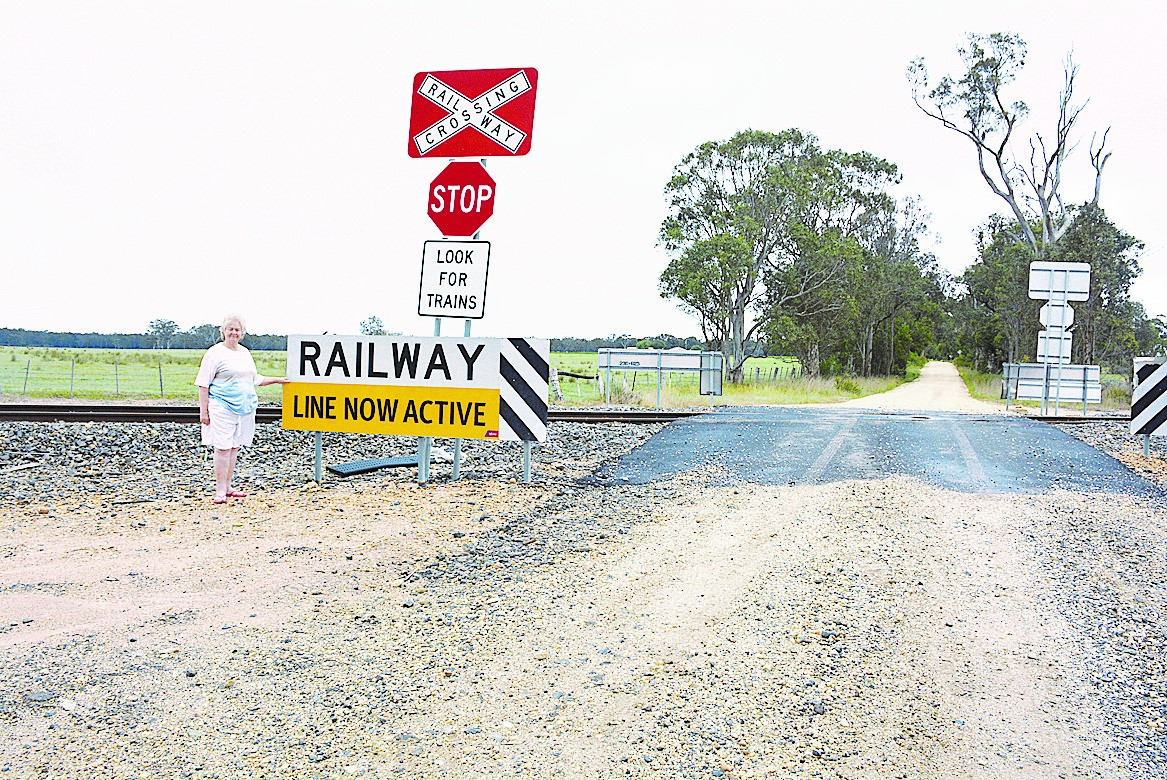 WELLINGTON Shire Council has reversed its decision to support V/Line’s proposal to close Swallow Lagoon railway crossing, and is now joining the small community of Munro to oppose the move.

About 60 people packed Munro Hall on Thursday to hear that the rail authority wants to close the crossing at Swallow Lagoon Rd, east of Munro, as well as eight others in Gippsland.

Before the meeting, council officers had proposed to close the Swallow Lagoon Rd within 28 days of late December, because of the impending railway crossing closure.

But after learning of residents’ unrest, councillors Malcolm Hole and Carmel Ripper stepped in to meet with shire officers on Friday, and the decision was reviewed.

A letter has now been sent to V/Line representative David Dunston, and a group of delegates nominated at the meeting have been invited to meet with the V/Line regional manager and Gippsland East MLA Tim Bull, to discuss the fate of Swallow’s Lagoon Rd and other nominated crossings.

Munro residents have accused the rail authority of avoiding consultation over the Swallow Lagoon railway closure by announcing their plans during the Christmas holiday break, and only informing three residents and the CFA.

A V/Line letter sent out in mid-December stated that the crossing did not meet safety “standards”, and gave objectors one month to argue against its closure.

A Swallow Lagoon Rd resident living 200 metres from the crossing on the south side — but who did not receive the letter — said the closure would have devastating consequences for the community, and would restrict emergency vehicle access and block residents from escaping in the event of fires or floods.

Bev Richard said she and her son, daughter-in-law and grandchildren would have nowhere to go if the crossing was blocked, as it was their only escape route in the event of a fire coming from the south.

“Yes, we can go a long around via the highway, but in a fire situation that may not be possible, and we will have no option but to stay and defend, and not leave, despite current fire safety recommendations,” she said.

Munro landholder Mick Sears told the Gippsland Times the community felt let down by V/Line and the lack of consultation.

“I’ve lived or worked here for more than 40 years, and I know that it’s a well used railway crossing by local residents and farmers,” he said.

“The community has already lost its school; now they want to take away our main access route.

Mr Sears said the recent closure of Sandhill Rd crossing at Stratford went ahead despite protests from locals and emergency services concerned about access problems.

“I feel that if V/Line wants to do it, then they’ll do it, regardless.”

In May last year a man was lucky to escape serious injury after his vehicle was clipped by a V/Line train at the Stratford crossing.

The crossing had no boom gates or lights. But Ms Richard said Swallow Lagoon Rd was the major route to and from the Princes Highway for many people in Munro, and its closure would cause a huge “disconnect”.

“They’ve said the crossing doesn’t meet safety standards — well then make it meet the standards and keep it open for the benefit of the community,” she urged.

V/Line was contacted for comment, but has not yet returned calls.