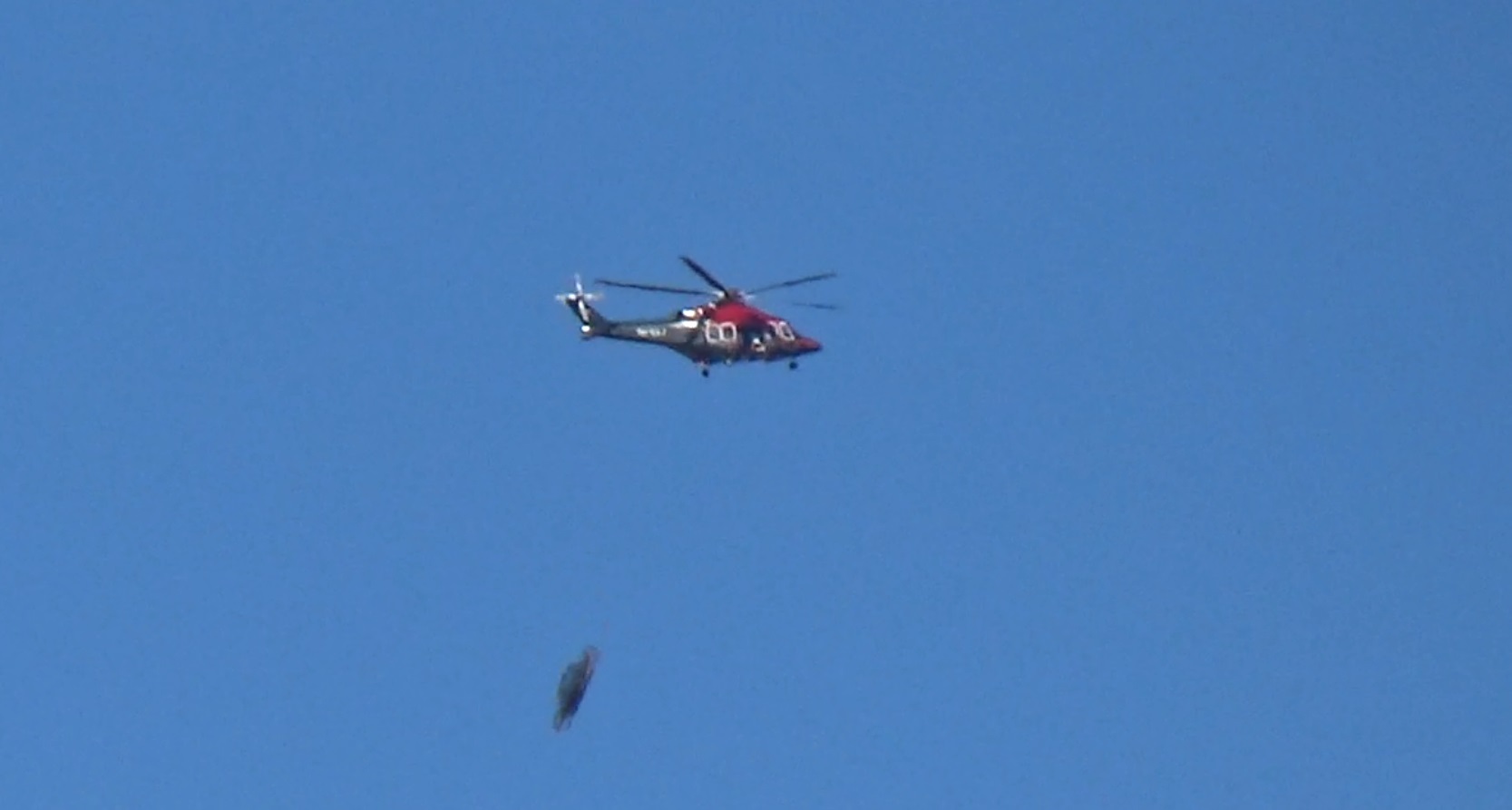 A HELICOPTER carrying a large metal ladder was forced to abandon its load near the Longford Gas Plants in strong winds on Tuesday.

It is understood the helicopter was carrying a ladder frame for a trial run before eventually flying it to a platform in Bass Strait.

Witnesses estimated the ladder fell about 150 to 180 metres, in winds of about 40 kilometres per hour, according to the Bureau of Meteorology.

Footage of the incident shows the ladder swinging underneath the helicopter, before being released.